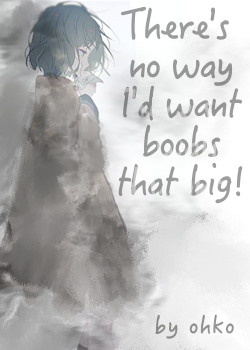 God is a pervert.

I decided that after I died and found myself in heaven.

Although I’m happy that God offered to grant my lifelong wish (to become a girl), the only potential bodies that he offered as options were beautiful bishojos with DDD-size boobs, jade-like skin, and porn-star like curves. He tried to convince me to take the one with the biggest ass and thus become the holy sex princess of some freakish isekai magic kingdom, but I immediately flushed a bright tomato color and punched God right in the face without thinking.

Anyways, I think I made God really angry at me, so now I’m reincarnated in this horrible traumatizing medieval setting as a genuinely unattractive and flat-as-a-washboard girl with some kind of weird autoimmune skin condition.

Every day is a struggle, and it’s taking everything I have to merely survive.

Is there a hope for a better life at all? Even amidst this jungle of darkness, can I find my way out of poverty, meet new people to love, and aspire to make my mark towards a better world?

Welcome to the story of my genderbent life!

Note: This story is *not* ecchi! Make sure you read the tags! The story starts out quite dark!

This review is written after the release of Chapter 3 on December 31st, 2018 and I'll preface by saying I started reading without looking at any of the story's tags. In terms of the low ratings, I will say that I can see where they are coming from.

As I said, I started reading without looking at the tags attached to it. Because of this, I felt that the first few chapters were a bit off in tone when compared to each other, but wrote it off as a subversion of the usual cliches. However, after setting out to write this review, I noticed that the parody tag was attached.

If seen as a parody, this story falls short. While the first chapter is somewhat comedic in subverting the usual "God sends person to another world" chain of events by making him an eccentric pervert and getting pissed off at the reincarnator, the following chapters are completely different in tone and atmosphere. I would guess that most of the low ratings are because of this mismatch. However, if ignoring the parody tag and judging the story strictly by itself, I would rate it above average.

While not quite deserving of a five star, rating it three or less would be a disservice to the author. Overall, the story is well written. The author does a good job at description to paint the setting and events unfolding.

I can't speak much for the plot, since the few chapters available at the time I'm reading haven't progressed it much, but the protagonist seems interesting.

I'm personally not fond of the gender-bender portion since I think that the story could probably stand on its own even if that part was written out, but the protagonist's worldview of prioritizing 'tenacity' over everything else seems to promise interesting developments in the future.

Where will the line be drawn when morally ambiguous decisions come up? Will the protagonist prioritize their life among all else with that tenacity, or will they go against it to help others? In the end, I can't say this is one of my favorite stories, but it's one that's grabbed my interest enough to follow. 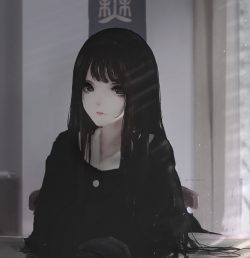 please take note that this review is made on the basis of the content available at the time of writing and that it does not presume to judge content in the chapters to be added at a later date, before any future edits to take such content into consideration. All views mentioned in this review are to be taken as my opinion on the work, rather than a sweeping statement of fact. Please make your own informed decisions regarding this work after reading what I have written below, and refrain from launching personal attacks based on my review.

The marked story genres are very misleading, as it claims the story to be comedic, however, within the 2 chapters we see no comedic elements, and instead we see the introduction of dark, abusive content along the lines of physical assault and verbal debasement.

furthermore the terminology regarding 'apache attack helicopters' and 'special snowflakes' favoured by the author can be construed as being made in jest or mocking of the LGBT community due to a lack of understanding or empathy of the same.

grammar is of acceptable standard for the most part however there are a few places where simple fixes can be made. Not a problem at large due to not ruining the reading experience or making the content hard to read/follow.

Overall, I am disappointed that my first review - especially of the Gender Bender genre - happens to be a negative one of such severity. Perhaps the author is going for satire, but has failed to portray it as such leaving such a negative impression on me. 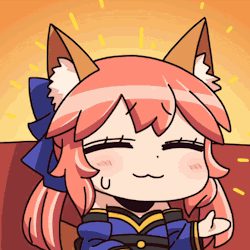 (might have some spoilers because I'm currently caught up)

Alright I mean to put five stars but I misclicked  (AAAAAAAA)

I'd say I'm pretty hooked onto this novel and I came in here not expecting much, but of course, according to my five-star (that looks like four-star but I swear it's not) review, I ended up enjoying it more than I thought. I'm not a professional writer or anything like that, but I liked the comedic beginning between the god and Erin (which made me think this was going to be some lighthearted maybe Konosuba-esque story), then the switch to this dark medieval setting that our transgender protagonist is thrown into and the way they see it, its just like their past life. From there they try their hardest to survive each day.

Cue that whole chapter of the summary of their life that I liked, but seemed out of place. I felt the writing style had changed drastically from the first chapters but I'm liking it in the recent ones more because it definitely helps that dark and broody vibe I'm getting. So I guess where I'm going with this part is the whole consistency of the chapters, like how all of a sudden the chapters got longer - that's not a complaint from me though. But I wish the chapters of her past life were tied in better, perhaps a snippet of her life before rather than the first-person summary of her life and relationship with her ma, which was strong too. From that I could really tell what kinda character Nez was and where their ambition to survive came from. I just don't really like what that chapter's purpose served for, which was inevitably an easy way to gain knowledge of our protagonist.

I like novels that seem really bleak. Where the main character is living on the edge daily, trying their hardest to live despite having maybe nothing at all. And our Queen of Trash is doing that just that. I'm really excited to know more about the disease Nez has in this fantasy medieval world, and god is that refreshing. You don't know how tired I am of isekai, fantasy RPG worlds (check out The Iron Teeth if you want something new). Your novel definitely has potential and wherever you're taking it, I'll be hanging on for the ride!

I know that scribblehub has just been launched recently and it's still unclear to me if these novels are written seriously, or maybe to pass time or to draft out a story, so sorry I reviewed it very critically. I really do look forward to new chapters though of how the Queen of Trash will face the unfairness of that world. 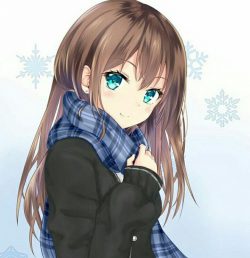 The most interesting point about this story is that it is planned on a large scale. It has a wide scope of plot and character development and the general world building is extremely good. The way the characters are handled shows mature thinking and good understanding of human nature. The only set back is that the plot is loosely constructed. So it sometimes becomes hard to concentrate in the story. Overall, an interesting work!

Cons:1. The Author is maxing me anxious of what to come.2. I don't get a lot of the references. Pros:1. Amazing writing. It's written in the first person and even then it is beautiful.2. An ordinary setting is made unique beautifully. 3.  The conflict in the MCs personality so so apparent. Definitely give it a try, inspite of the Author's warning.

I absolutely love this. Whenever I read this I feel as if I was sucked into the story. Beautiful (In a dark way though) Good job author-sama!!!!PS. Give it a try. Maybe the beginning sounds a bit lewd (and dark) so many drop it there but I definitely recommend you to continue it. You'll love it!!!

Feels like the first chapter was done to check the box of stereotypes of LGBT people. Hates anything conservative/religious Depression Attempted suicide Body issues Everybody hates me 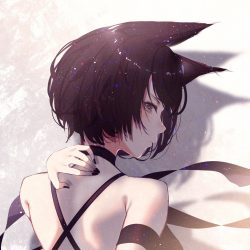 Pellan Rise
By QuietValerie
Sam is a quiet 16 year old high school guy. He’s a nerd and a geek. A pretty typical guy. When his friends try to peer pressure him into playing the tank role for the new VR game they all want to play, he rebels, although he can’t quit

The Walls of Anamoor
By QuietValerie
Humanity on the brink of annihilation, they lost the war of evil, monsters howl and sharpen their blades on the other side of the walls, the goddess is silent. This is the world that games and media, class 4 is plunged into when their bus takes a

Fate weaver’s convergence
By Amberhorn
Aidan was bringing his military career to a close, after a little over six years of fighting on an earth now littered with dimensional tears. Leaving one of the human resources buildings after completing the final details on his pension paperwork,

Weird Shift
By Malonymous
The deal: Beryl the self-proclaimed ‘god-tier’ gamer is offered one thousand years of paradise for reincarnating into a fantasy world and slaying the Demon King. The plan: Pretending to be a girl in online games worked to get him
Action Required