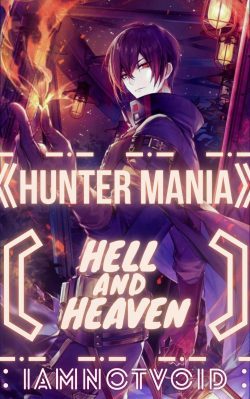 Out of nowhere, two towers emerged in the world. And inside the tower, a game had started.

Those who took part in the Game of Angels were called Players, and those who rebelled were Hunters.

In a wicked world, being kind is not courageous or heroic. It's pure ludicrous.

If you gaze for long into an abyss, the abyss also gazes into you. To survive in a cruel world, one must become callous.

Aeron completed the unparalleled task of reaching atop the tower and ending the Game of Angels. But, by that time, only he remained. Thus, he gained the title of being 'The Last Hunter.'

But, Aeron is not satisfied. He refuses to be treated like a pawn by Higher beings. So, he makes a wish with the desire to replace them and become supreme himself.

What to expect: The novel will be slow-paced. World-Building and Various Character interactions will be its primary focus. The story revolves around a group of people trying to save the world before the towers appear. Many chapters will focus on how they deal with various problems even before the Towers appear. Also, the novel revolves around differents Sci-fi elements, as the story takes place in the distant future.

I do not own the cover art.

The Heartless King of Life
By Saint_Lord
As our modern world gets torn apart, by ones that comes from afar but at the same time near, do we submit ourselves to our tragic destiny? Do we let others define our fall and rise, or do we forge it with the iron that we wield with our hands?

There is Something Wrong with This Game
By FlyingPirateCat
Year 20XX. Technology had advanced and Virtual Reality sufficiently developed and become the new mainstream of online games. Now every MMO games has using VR technology, rendering 3D MMO extinct. Our Loli, Yasaka Ruri (18) was one o

The New Chimera (Archive)
By Fighterman481
!!!THIS SERIES HAS BEEN REWRITTEN, AND THIS REMAINS UP ONLY FOR ARCHIVE PURPOSES!!! New series here: https://www.scribblehub.com/series/269454/the-new-chimera/ Lucas was your average college student until he stumbled into possession o

Origin Of Death
By zeren
The oldest soul in the universe becomes the highest god of death in the newly created world. See how it will create a world of the dead and influence the lives of mortals.

Fae
By enby_me
A human is reincarnated as a caterpillar and the world tilts a little to the left. Posted simultaneously on royalroad.com under the same name and username. Cover picture kindly provided by gej302.
Action Required