The Demon Overlord was assassinated by his own men during the celebration of his first wife’s pregnancy announcement. He was stabbed in the back with 12 divine holy weapons and was even made to watch his beloved wife being killed by the very demon generals who once served him.

Before his death, he cursed and promised to get revenge at any cost.

Later he reincarnates as a human to a couple of humble merchants with his previous memories intact. His parents later named him Benjamin.

Now Ben, who was once used to be an 800+-year-old Demon Overlord, has to learn the ways of the people who live in the mortal realm as a human.

Being a prodigy, he quickly adapts to the new realm. Later he learns that the most powerful people in this realm are those who can manipulate mana called Mages. Hence, he starts to train early as a kid to become one of them so that he could pursue his vengeance.

Although fate isn’t as kind as Benjamin has hoped, it will be.
The journey to vengeance is filled with lots of ups and downs, but it is surely going to be one hell of a ride.

Genre
ActionAdventureDramaFantasyHaremSeinenSupernatural
Tags
Demon Lord Reincarnation Revenge
Show
Table of Contents
Write a Review
Reset Filters
X
Write a Review
You must be logged in to rate and post a review. Register an account to get started. 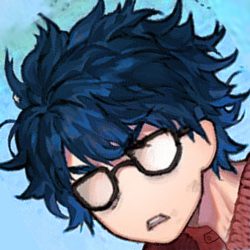 The Ascendance of this book
By C.C
Zero readers. Zero views. Zero chapters. But Book-san has a dream. To be the most read book in the entire planet. As you and more people read it Book-san unlocks new powers and discovers more of the world he is send into. Can a book be

DC Vengeance Requiem
By Edgelord666
The universe’s balance is at stake. Chaos has become an order, and the order has become chaos. Villains run unhindered because of the hero’s double standards and their hypocrisy. Their rule of not punishing the evil the way it was mean

Mouikkai Musume Mohitotsu
By Rellawing
In another timeline, Madoka experiences disturbing visions for weeks. He learns that these visions suggest that his life has far more significance than he could have imagined. The path of his life forks as supernatural beings suddenly surround h
Action Required