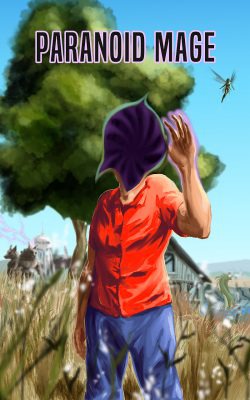 Callum had seen things all his life. There are monsters and beasts living among people, but he learned very early not to admit such things, not if he didn’t want people to think him crazy.

It turns out that the supernatural is real, but at thirty Callum has no desire to be part of that secret. Not that he has a choice when it turns out he is a mage, albeit one that hasn’t cast any spells in all his life. There are requirements, duties, and education that the powers that be insist he be subject to.

To hell with that.

Let me start by thanking the author for his previous hard work, and now after giving proper respect where respect is definitely due lets continue with the review of the paranoid mage.

Despite being only 6 chapters in I'm hooked and want to read more!

The paranoid mage so far is the tale of a "normal" human living his mostly normie life, until he comes to a solitary point in his life when he discovers his magic and some of the magical world discovers him.
Basically he was always seeing the abyss and by hapstance? The abyss noticed he could and stared back.
The magical MIB takes him away to be recruited/trained/conscripted with little explanations and patience, and he's not happy about it and decided nope, he's not going along with it.

So que making himself disappear from both normal and hopefully magical surveillance, getting to know his magical powers  and being neighborly with the local "alternative" community while trying to keep a "low profile" and getting ready to survive in a new magical world that he's slowly getting to know from the outskirts, limited  by his fear of exposure and lack of basic and advanced restricted knowledge.

It's well written and the MC has a very relatable viewpoint that makes it easy to sympathize with, personally I'm very into the magical aspects of urban fantasy and this creation/novel has all the signs of turning into another literary work that will bring many many hours of joy and entertainment hopefully across many years.

So thanks 4 the chapters and insert kylo ren "MORE!" meme 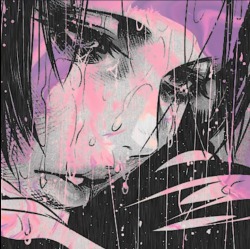 If you liked "Catch Me If You Can" then you are most likely also going to like this.

It is a fast, but not too fast, paced story about a guy to didn't wan't to live under the system. Along the road he learns magic and finds uses for even the limited amount that he has.

The protagonist is not only smart but also calculative and extremely paranoid about not being caught. Despite what many of the edgy readers over on WN would wan't he is not cold or a mass murderer. He kills only when he actually has to and never when it is just for power or information.

The grammar is fantastic and I haven't noticed any mistakes as of yet. It is easy to read while still maintaining a reasonably wide vocabulary.

The characters are all fleshed out and feel different from one another. Characters also aren't just discarded after you see them once with some of them that were mentioned once returning to play a bigger role.

The worldbuilding is also addicting. I could genuinely see fanfictions written about this if im being honest. The world feels wide and while we haven't seen much of the magical side we have seen parts where magic and mundane coexist and that has been a lot of fun to read about.

While there are only 11 Chapters out as of now, this novel has made for itself a really good foundation to build upon. I'm thrilled to see where our Paranoid Mage will take us next.

The hero is sensible and unusually competent in a mature way - he's not a badass anime protagonist superhero and he knows it. He's got a bug out bag and money, he thinks through his problems before attacking them, and he shows far more restraint and sensibility under stress than most heroes would. That means that action scenes aren't the focus here. Callum is just a normal man, and knows its a bad idea to get into a fight with anything if it can be avoided - let alone a fight with someone supernatural. My favorite part is seeing the comparison between Callum's (rightfully) paranoid preparations and contingencies and the payoff as the antagonists are just absolutely baffled by these challenges he's presenting them. That tension of missing information is written really well. Highly recommended for people familiar with the tropes of the modern fantasy genre (Harry Potter to Dresden Files), and who want to see a clever author play around and subvert them in an original manner.

Normally I'm not interested in reviewing a series until after it has finished, but after finishing the first volume, I am so gripped by this series that I feel compelled to write one. That's how I would summarize this novel, in a way: gripping.

The English is very solid, with typos and grammar issues close to nonexistent. I'm not good at characterizing style, but "solid" is another good word for it - it's nothing dramatic, with plenty of stretches of dialogue, and yet the prose itself grabs me and draws me in, a feeling I have only experienced a few times before. Based on that fact, I'd give it high marks.

The plot is good, building up slowly and progressively, sometimes meeting expectations and others throwing a twist or surprise after well-done set-up. I am always yearning for the next chapter to see what happens next, whether there is a cliffhanger or not, and the author does a great job of bringing tension when it's appropriate.

I love the characters in this story, particularly the MC. He has a mindset which is very distinct, his paranoia allowing him to function as the protagonist against a harsh system, but realistic and understandable enough to explain his flaws. The supporting cast and antagonists also engage and entertain me, both when in their PoVs and from the MC's PoV, feeling like real people.

The worldbuilding is well done, albeit sometimes complex - in particular in how magic works. It may take some re-reading to grasp it, but I was perfectly happy to do so. Beyond that, the "lore" on the wider magical world have been expertly and naturally sprinkled in, and I'm extremely interested to learn more about it as the novel progresses.

I highly recommend this novel in general, worth the five stars, and my only wish for it is to let my brain go and not make me yearn for moreeeee. Re-reading the latest chapter every day can only slake my thirst so much...

Very much enjoying where this is going and look forward to more. 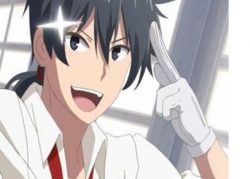 What can I say:

The worldbuiding is great, the protagonist feels alive, the action (when the time comes) is epic and the idea for the "antagonist" is perfect. I fell in love with this story in chapter 6 (which is by the way, the best action scene I ever read) and ever since I'm an loyal reader.

I recomend this story to anyone who likes a smart, capable, neutral protagonist who puts his own goals above anything else. 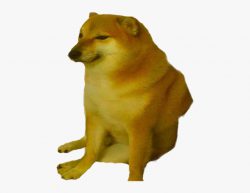 Bruh this is so good bro Holy balls. Characters feel good, the MC is not dumbass nor is he a know it all. I like it, give it a read. 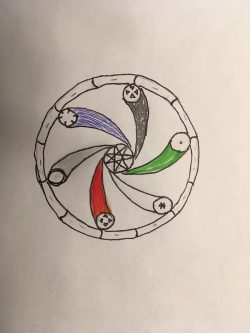 They've done it again. Mysterious and suspenseful, with a brilliant take on magic theory and artifact creation.  A race to see which party can unravel the other's secrets faster.  An underdog story. It's rare to find a story so comprehensive as this one.  Plenty of detail and theory crafting to sink your teeth into, with a plot that is easy to follow or catch up with. 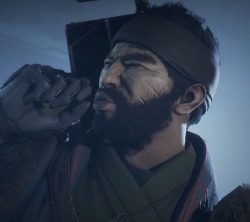 as someone who isnt a fan of suspense and drama, this is amazing. I read everything available in one sitting which ended up being the better part of a day. Cant wait for more.

Apocalypse Fantasy
By DanNepZen
A girl got hit by a truck and was reincarnated on a post-apocalyptic fantasy world full of dangerous robots and monsters everywhere. Between life and death, she found herself on a lone wolf girl’s body with a scar on the right cheek.

Mc’s not part of the story
By Pujimaki
After six years of coma, Mikael opened his eyes and realized that everything changed. The world that he tried to protect changed as he sees Demihumans all around. On top of that, the family that he swears to protect was nonexistent, because all of

Fractal Plane: Awakener’s Pact
By EternalSunset0
Mu, the world that exists parallel to our own. It is a world that harbors shadowy manifestations of people’s feelings called Nullities. One day, Fragments, dimensions that connect Mu to the real world, begin manifesting in Shiroki Ci
Action Required