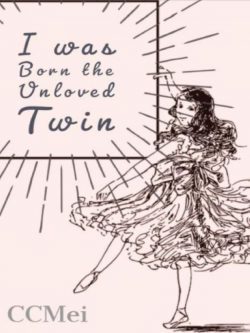 You've probably heard this sort of story before.

Once upon a time, blah blah blah a boy and a girl fell love and everything was beautiful and perfect, except for this thing called life getting in their way.

He was this cool foreign prince and she was basically perfect. Really it's a very boring run of the mill story. I'll even spoil it for you, they kill the villianness at the end.

Not the type of story I'd read personally.

So where do I fit into this?

Apparently I'm her older twin sister and the very very lucky fiance to the foreign prince. You know, the dead villainess? Sucks I know.

Now I get to do it all over again from the beginning.

------
Let's get the worst of it out of the way first: This is a boring story, very tedious, mundane and downright just boring. It's too slow, the characters are too confusing & make possibly retarded choices. It's an isekai/reborn type Slice of Life novel that plays on the villainess noble girl trope but the MC gets no OP cheats, no magical powers, not even some satisfying face slapping or such self-fulfillment fantasy. Wow, I'm doing a terrible job advertising this thing.

This is an awkward novel, the pacing is slow, and there are no time skips. For some reason still, I really love this little story I'm making.

Starts strong but should be renamed 'Minute by Minute Observation Log of a Toddler'.

The initial reincarnated as a baby, with a tragic past life is really done well, but. As it goes on the story just becomes more and more tedious. What's more the story has a nasty habit of navel gazing by endlessly rehashing events. So you get forward movement in the plot that's then subverted with chapters of backward looking material and some diversion into handicrafts.

Putting aside the pacing and structure of the story so far there's the constant immersion breaking that comes from the unrealistic super baby. It projects the feeling that the author has never been near an infant, and might think them weird species of giant worm if they saw one.

Bottom line if you like the reincarnation that has to save their family:save themselves, genre, I'd recommend 'lady baby', 'survive as the hero's wife' or 'living as the tyrant's sister'.  It's a popular genre and there some really examples of it. Lady Baby, is particularly good, as it perfectly handles fleshing out a story without pissing off the reader with digression and garbage cliffhangers.

I adore this book. This went way beyond my expectations. I mean yeah it might be slow since she's only three so far but so what. This story has more depth to it than most others. I like how she didn't just get some generic memories downloaded and instead more like fused with them and not only felt them but also the burden from them. Plus she has the trauma from her own life and death she is suffering from. The world, the MC, and all the characters are complex and complicated. This isn't where the MC uses the originals life and death memories (whether empathetic or despising the original character) as a stepping stone to easily navigate through all hardship before they reach the apex. To me this is closer to... well a journal that a real person with a double whammy of PTSD would experience in the situation of a complex real world, with feelings of inadequacy and doubt as they struggle to survive instead of throwing in the towel to the despair that repeatedly creeps up. I could probably drone on several pages of all the things I love about this but I won't. It's my cup o' tea, see if it's yours.

Lovely story Author. It's my favorite. Thank you for sharing.

It is great. I love it. The good 'ol "I reincarnated as the villainess in a otome game" setting, with some twists. The MC isn't OP, in fact she doesn't even have any magic or special abilities. The world isn't actually an Otome game, and in place of a fanatical obsession with said game, the MC lives through the life of the villainess once without her original memories. The MC isn't the only reincarnated one, her grandpa is from Earth too, but he wasn't affected by the "second try."

But, originality can only get you so far by itself. The characters in this story are superb. The Archetypical roles one would expect to have in this setting are all here, and they are well written. The first try villainess is given clear, reasonable, and relatable motives for what she does, she felt betrayed by the sister whom she loves with all her heart, who has taken all the attention, all the love, and all the good things from her, yet the moment the villainess is about to fulfill the role she has made her raison d'etat, being married off to a horrible man so her sister doesn't have too, her sister goes ahead and marries that very man.

I love everything about this world. The magic system is intellectual, the plot is believable, and everything feels fleshed out or intentionally left vague/unclear

I love the story itself, the characters feel very alive. Enough is built upon the world through the eyes of Rosa (and a few other PoVs we get here and there) to know the world is alive and exists.

Given that it is hard to speak about character progression without spoilers:

Rosa early actions in life make the whole expected story change from very early in her life all the little things previous Rosa couldn't do and didn't do, she does. She makes sure certain problems that would be likely to return later don't and that good things that may never have happened in the life of previous Rosa to happen.

A few important events outside her control didn't happen yet, so there may be a number of plotwists to come! Or confirmation that goodness does exist! (Which is a plottwist for people who expected the opposite as well.)

Didn't check the spoiler... hmmm, well, Rosa gets better. Things get better. The story is worth the read. 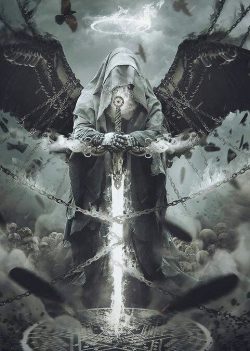 One of my favorite stories. Glad to see you branching out to gain more readers.

Honestly I need this in my life. Please update this, I love your work.

Thank you for this story! Merry Christmas! I look forward to reading more and poor Roselia~ 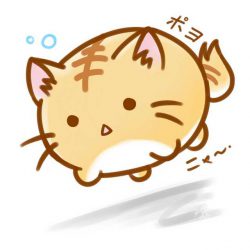 Love it, the way the author writes Rosalia's thoughts is fun and interesting. Personally, I think too much time was spent on the forest arc though, got a bit boring there.

The Steam Empire
By XianPiete
One woman was supposed to be a Queen but lost her kingdom and was exiled to a city to be it’s City Lord. The other woman lost her chance to become an Empress. Can these two strong women build the city of Tomorrow?

Lolified ~ Restarting Back to Ten Years Old
By FlyingPirateCat
Nekomiya Rimu, an ugly fat 25 years old woman worked as an employee of a black gaming company. She suddenly found herself returned 15 years ago to the time when she was 10 years old. Now what will she do when she had regained her loli

Rebirth And Will Love You
By zana
Everyone deserves a second chance. But Xie Li Na certainly knows that she doesn’t deserve it. All those mistakes she committed earned a good punishment. And she had received it all. But still, that man’s sad eyes makes her feels di
Action Required