Trapped on a dying Earth, humanity desperately exploited technology to access the parallel world of Hovestile, a realm of magic and monsters.

Hundreds were carefully chosen to enter this world with plans to prepare for colonization, but contact with the humans of Earth was immediately lost. Nonetheless, the natives of Hovestile welcomed any assistance to defeat the monsters threatening their lands. The humans from Earth who accepted this task were labeled as Outworld Adventurers, individuals with the ability to improve their natural abilities through “stats.” Those born to Hovestile were referred to as Native Adventurers, original denizens with an innate talent for magic.

Alphonse Kneller is one such outworld adventurer who dreams of making Hovestile his true home. But on his third dungeon foray, he is betrayed by his adventuring party and left for dead.

As he begins to abandon hope, Kirie and Asa—two young catgirl demihumans—rescue and heal him. Their mother, Rinka, offers Alphonse a precarious gift known as the Construct Contract, a strange tome of equivalent exchange created by an ancient alchemist.

Accepting the contract and a bond with the two sisters, the three new comrades journey into the world as an adventuring party. They are the first members of the guild known as GRIM.

This story is planned out as a massive project spanning multiple volumes.

Illustrator is sushirollw: https://twitter.com/sushirollw Check her stuff out! Incredible work!
https://www.scribblehub.com/profile/25678/sushirollw/
See the full art in the glossary!
Discord server: https://discord.gg/Z6BGvZS
You can support my work on Patreon. It contributes to goals for more content and future art commissions. If you think other readers might enjoy the story, then please spread the word. :) A lot of time goes into each chapter. 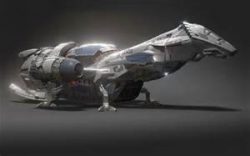 The story, characters and their development are well written!

I found another hidden gem so please check this story! Highly recommended!!!!! 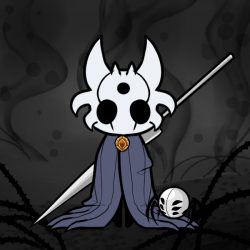 After struggling to figure out how to rate the story on this site after coming from RoyalRoad, I instead ended up with a blank review so I figured I might as well write something.

I don't have anything new to say about how much I like this story that other reviews have already said but keep up the good work LordAstrea. 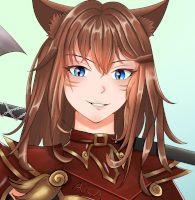 Rise of the Vampire Queen
By Somnolent
After dying, a man is tasked with destroying a corrupt empire and religion by the very gods that oversee this other world. The races have gone stagnant and need to be balanced again. Thanks to the Goddess of Chaos, he, now she, is starting from le

Beneath the Dragoneye Moons
By SelkieMyth
Elaine is ripped from this world to Pallos, a land of unlimited possibilities made real by a grand System governing classes, skills, and magic. An ideal society? What is this, a fantasy novel? Adventures? Right this way! A Gra

Succubus Villainess in an Otome World
By sleepor
I have become Ruelle Hughes, the villainess destined to die in an otome game I hated in my past life. I’m trying to avoid my doom using my knowledge of the game. However, the road ahead of me is much more complex than I thought…

Circle Star Adventure. The Ever Blooming Flower.
By Niuniax
Main protagonist wakes up in an unknown world and goes out to explore it. It is a fantasy world where adventurers summon companions and fight evil monsters. Each companion’s strength is determined by the amount of stars they have
Action Required