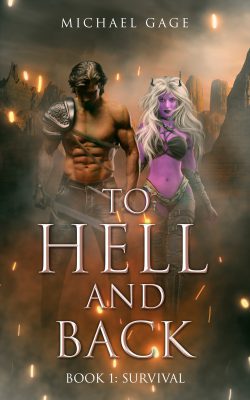 Short description:
A Special Ops soldier is sent to Hell by mistake... while still alive. He must team up with a hyper-sexual Succubus to survive and start a rebellion to overthrow Satan.

Long description:
Behind every strong man there is a strong… demon?

As a half-blood Apache by birth and a professional soldier by choice, Logan Proud Bear thought he had been through hell in his life. Until he actually ended up there. Stripped of his memory but still very much alive, he must survive the world of demons and the damned long enough to achieve the impossible: To escape from Hell itself.

His only hope of success is an alliance with a beautiful and unpredictable Succubus. Only she can help him stay alive- if her fierce, sexual hunger doesn’t kill him first.

Together, they must challenge an ancient injustice as they gather some of history’s strongest women into a force that will reshape Hell itself.

Welcome to a realm of dark desires. An underworld where myth is reality and sex is both sin and salvation. The battle for the afterlife begins now.

"To Hell and Back, Book One: Survival" is officially available on Amazon Kindle. Book Two: Rebellion is in development and can be read and followed on Patreon at https://www.patreon.com/michaelgagefiction.

I'm no bible basher, more of a tree hugger but yea... This story is really interesting and I'm looking forward to how it plays out :) 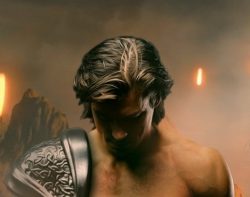 The Vengeance of a Lord of Agony
By KR043
This is the year 2400. 150 years have gone by since humanity first reached the stars, and 120 have passed since the last time mankind was united. Now, the galaxy is divided. Now, it is the age of the warlords. Alexander Wolf is the son and

Far Between It All (Book 1)
By ItsAll_Lost
Humanity, a group abandoned by their own nation “The Evangelist Federation ”,stripped of their human rights, treated like items and being forced out to go to defend against the nightmare creatures called Abyssiti, entities from beyond their

Enlightened Violence
By Wicked132
A cynical youth struggling to find meaning in his life dies horribly in a car accident, only for his soul to transmigrate into the body of a dead scavenger in a futuristic, apocalyptic world. “If this is what the hell looks like, then
Action Required