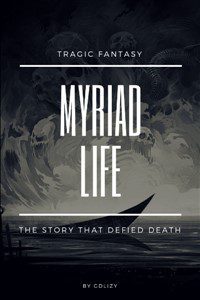 After destroying his peaceful life with his mistake, Forus Ander came to learn about the existence of the monsters who forfeited his wife's life and took his daughter.

As he died trying to find the whereabouts of his daughter, an unknown being bestowed him a second chance.

Having nothing except his fading memory, Forus desperately chased his final desire. However, unbeknownst to him, a greater scheme was moving behind his footsteps.

Wandering between reality and illusion, Forus found that every coincident might not be as it seemed.

Due to a writing competition with another novel, I'll be putting this novel in a hiatus. Though I'll be writing it in the background, and make a major overhaul for it when the competition is over.

Warning: This story is a dark and frustrating read. The main protagonist will suffer, despite his best effort. The plot is very expansive so you'll have to read for a fair bit until everything becomes clear.

This is actually a wonderful story. It has a complex and intriguing plots complemented with many interesting characters.  So try it guys

A masterpiece. I am in true awe!

The Magic Lumberjack
By Hathnuz
Kane — who was once a mighty ax saint and master blacksmith — fell from his glory after completing his vengeance. He fled to a faraway kingdom but was killed by an invading demon in an unfortunate event. For an unknown reason, his journey s

The Chronomancer
By Liampark
Scott Freeman had the power of psychometry, the ability to read the past of people and objects by merely touching them with his hands. Of course, this was the only power he knew of, and he has been using it successfully as a successful for

Shatter the Heavens; Slaughter the Gods
By Forrest
A magician from the ancient era is reborn.
Action Required