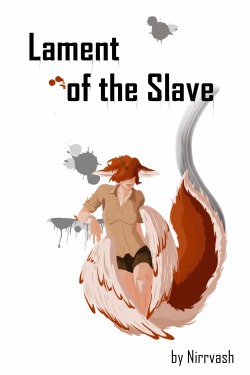 The world is not always as beautiful and forgiving as one would imagine, and Korra Grey, a young florist, who is abducted by a creature of the children's books, finds herself in another world quickly learning that life can be even crueler than she thought.

After more than a year of pain and suffering in the madman's cellar, she gets what she sought the most, freedom. Though changed by cruelty she suffered. Either she learns to live with the mutations or finds a way to reverse them while she struggles to find her own place in a world utterly unknown to her, hunted not only by the nightmares of her past.

Art by.. Me :)
Updates: Wednesday, Saturday - at least I'm trying
I am currently releasing this story on scribblehub.com and royalroad.com.

Transported to another world (isekai), somewhat standard fantasy setting with my beginner attempts to make it dark but not too much. There are litRPG elements there, but numbers are not what this story is about. You could say it's with a touch of Slice of Life. Yet, you can expect fights, monsters, beasts, and enemies from the ranks of humans, but not OP MC - she will have to get there.
The story I wrote after I found the courage to do so. I don't want to discourage you, but I say in advance that English is my second language, and that can be reflected in grammar. I'm doing my best, so please be lenient. :)

This story is really good. So far we only have been introduced to a few characters, but the ones we have been shown so far are well-written, and beliveable in their interactions with the protagonist. The release schedule is slower than I would have preferred, but the quality of the writing more than makes up for it.

A wonderful story that has done well to keep me invested and intrigued. My only major gripe within the story is a lack of world building, the author has done a good job of placing the characters within this world, but I don't fell immersed within it. There are so many things I don't know that hasn't received attention, however I am excited to see this world explored in the future. A fun read that I expect good things from in the future.

Really the only negative thing I have to say about this story, is that it gets nowhere fast. Even at the current release rate of two chapter per week, it can take weeks to get through a single day.

To give you a better idea, 126 chapters in and barely around a week passed in-world since the start of the story proper. 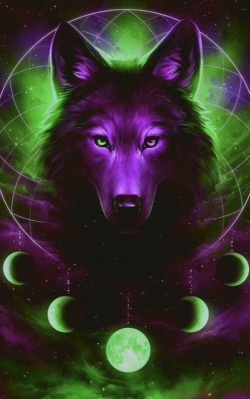 This is an amazing story so far. I have nothing bad to say about it honestly. There are a few grammar mistakes here and there but those will be fixed during revision and maybe even improved.

The sequence of events keeps you entertained and interested in what’s going on and I have had a blast reading this while I could (at current chapter: 98).

The author portrays events well, has a good reference of the world the MC is in and a part of. They show and convey the thoughts of the MC as well as those around her very well and the slow build to understand herself and get stronger is a nice change in the recent things I’ve read so far on this platform.

Hello, when I started your story, I was hooked and couldn't stop until the end. It's well written, the MC and the story are interesting.

I loved it, I will be looking forward to the next chapters. 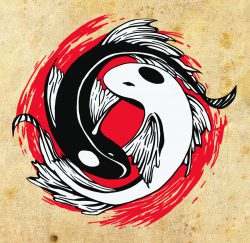 Unbound (LitRPG Isekai Fantasy)
By Necariin
Books 1-5 are removed from the site and is now up on Amazon via Kindle Unlimited and Audible! A New World. A Thousand Threats. Welcome to The Continent. Felix’s life on Earth had become a series of dead-end jobs, ruined relatio

Dream Engine: Beta Tester…. D.C. Comics
By Galen
Erik is your run-of-the-mill gamer, the type of gamer that you would often refer to as neckbeards—spending most of his life gaming, working, gaming, sleeping, and gaming, with just a little time for eating and bathing somewhere in between. With su

Inexorable Chaos
By QuasiEludo
Gods are, generally speaking, not fans of directly putting their fingers on the scale. This is for a variety of reasons, ranging from cautioun to amusement, but is generally because after a few hundred millennia and enough prayers to fill a hollow
Action Required