"We are well aware that the relationship between us is not healthy. Our love is far from perfect. It's messed up. Just like us."
~ Bing Shi & Xuan Mu

Unfortunately, a tragedy occurred, separating this young couple from each other. Bing Shi, who already had a boyfriend before transmigration, saw no point in searching for new love. In order to reunite, she will have to travel through different worlds and successfully finish all the main missions given out by the System Headquarters.

Author's note:
- bxg, mxf (boyxgirl, malexfemale)
- High EQ MC
- MC seems to receive a lot of cheats at the beginning, but there is a reason behind it.

*WARNING* Mature content only in some chapters, it's minimal, don't expect steamy stuff in every other chapter.
*Pictures used in this novel belong to their rightful owners. 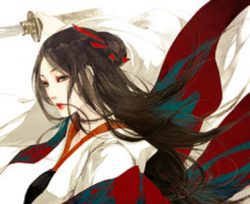 I love it! The characters all have bounds of emotional character development! The smut is spicy! The arcs are written fluidly! The effort that was put into writing all the characters and scenes is super apparent! Fun arcs and personalities! 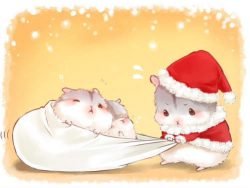 Love the book. I was hesitant at first to read because of the psychological tag I thought there would be many mind games and torture but it was surprisingly really good. Sure there was moments some people might consider too messed up and I have read some comments that said that but they still keep reading the novel cuz it's just that interesting. I have read up to 3.15 and I'm really anticipating for the next chapters. I hope this novel gets some nice reviews.

Btw I'm not specifically saying much related to the characters cuz I know I'm gonna end up spoiling if do talk about them.

Hope you try this novel if you're reading this review to see if you should read it or not. My review basically gives zero useful info to new readers or readers interested in reading this novel.

You're welcome for the review. Lol. 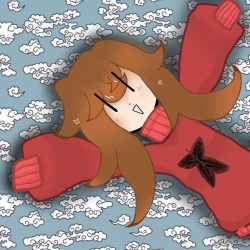 In the midst of reading this wonderful book while deciding to step up to my responsibilities as a reader and write a suitable review.

[If you don't want to read this long ass review then in short terms I'll say- read it. Or at least try it. It's a great book. (Pardon my language) ]

First I'm going to say that this book isn't for everyone. If you're the type that only likes quick transmigration books where the main character face slaps stupid, two-dimensional douchebags and finds their lover in every world and lives happily with their golden thigh, then this book probably isn't for you. I'm not saying you shouldn't try it, after all, I love those books too and I'm still enjoying the heck out of this.

I've said this in a comment before but, I found this book while looking for a good QT (I just started trying originals instead of the translated ones) and expected to get bored kinda like I did with the first book I read on ScribbleHub. I didn't expect to come across a diamond in a rough. The relationship between the two main characters is so beautiful in a messed up kinda way and makes you feel like you're gonna die of giggle overdose. Even though the ones I've read about Bing Shi actually doing her missions is only two, from the impression I've made I can say that they're incredibly entertaining and every step the MC takes isn't monumental enough to end the game but is satisfying to the point where you're exited for the next step. Bing Shi's motivation and reasoning is very well written so much so that I feel uncomfortable when she's stressed and happy when she's giggling and joking around.

About Bing Shi, she's OP in her own way and it's fun to watch her display how smart she is even if it's only inside her own head.

In the end we're in the middle of a quarantine right now (maybe not by the time you're reading this) what have you got to lose, some time? What I mean to say is, Try it. If you don't like it, you lose some of your time, if you do, then you be making a monumental profit by deciding to try this book. So go ahead and give it a shot.

Also it can get steamy some times so good luck 👍

This is a really good book with no annoying jealous people.

I really liked this one. The author is really good at portraying the emotional ups and downs the characters go through.

It’s nice to see them struggle as weird as that might seem. A lot of QT novels tend to have op and hard to empathize with characters. These feel a lot more human. I can’t wait to see how this ends.

[BL] I Picked up a Husband While Trying To Be An Author
By Lost_Strings
Ming Yu, a 25 year old who survives through his daily life by doing part time jobs once dreamed of becoming an Author. But due to his lack of self-esteem and motivation he easily gave up and hid his manuscripts away on a drawer. On his way

Micchi Versus the New World
By Jamminrabbit
Nineteen-year old delinquent Michiru “Micchi” Tokiwa has just become the undisputed Queen of Chiba Prefecture after conquering every high school in the prefecture. With her trusty baseball bat Sacchan in her hands, Micchi is force to b
Action Required