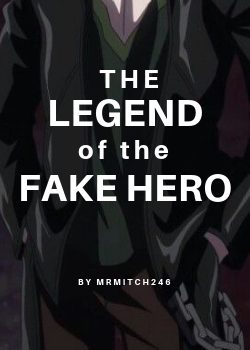 *I don't own the cover image
**This has the Tragedy Tag; please no genre hate. Bad things can happen to good people, just like in real life (not that they will. I almost didn't put the tag there as it doesn't really fit the genre. I like happy endings.).

The year is 201X, and the line between reality and the imaginary has become blurred. Approximately nine months ago, the event which became known as "The Convergence" occurred. People on Earth began to obtain powers. Some received them for seemingly no reason while others had obtained them after they had returned from the many different worlds that they had unwillingly been abducted to. These new worlds existed beyond time and space, and many could have different rules different from what we know as standard reality. That is because these many worlds seem to have traits taken from imagination. Things from stories and myths, like magic and plots, existed in these worlds as if they were inspired by them, and that was only a start.
On earth, there was a young man. On appearance, he could be considered only slightly better-than-average. The only thing he was known for was his incredible mind that left him feeling bored and out of touch with reality. But soon he would leave this reality altogether. One moment he was lying in his bed. The next, he was face-to-face with a beautiful young lady who he had just woken up upon him falling into her bed. This young man has an incredible fate and will soon visit many worlds, gain many powers, and meet many women who, like the young girl whose bed he had fallen into, will blow him away.

This is written in the Light Novel format which means:

I will complete Volumes, if not Arcs, before posting. This means that pauses will occur in content when I eventually catch up.
Each Volume is between 40-50K words consisting of chapters between 2-10k (relatively even per volume) and a prologue/epilogue.
I will not focus on writing/posting consistently as a web novel author would.
Release per week will be based on chapter/word count (see upload schedule) and donations
Upload Schedule (Updated 9/17/2019)
Upload Friday. If that plus next is less then 10K words, or donations reach the threshold, an additional chapter will be posted on mon/wends/sat.
Breaking Fate/Origin Arc
Albion Arc
Vol 1 - Origin (Done)
Vol 2 - Rise of the Red Dragon (Done)
New Earth Arc
Vol 3 - New Earth(Done)
Dealing with the Past Arc
Vol 4 - Ghosts of the Past (6 Weeks)
Vol 5 - The Dracul Descends (5 Weeks)
Vol 6 - War of Fate (6 Weeks)
Bound Fate Arc (Planned change in Upload Schedule)
Fake Hero Arc
Vol 7 - Martel (7 Months)
Side Stories #1 (3 Months)
Shield Hero Arc
Vol 8 - Second Chance (DELAYED 6 Weeks)
Vol 9 - The Adventure Begins (DELAYED 7 Weeks)
Vol 10 - TBD (Writing [31-39%])
(Multiple Volumes TBD)
(The following is a future basic plot structure and may change at any point)
Pendragon Arc
Fateless Arc
Utopia Project Arc

Currently ONLY posting on Scribble Hub, Royal Road, and Wattpad (Same user name)
If you find my work on other sites please let me know!

As I write this review, I know fully well that either my theory is correct, or it isn't. Including the fact that this theory will not be able to affect the outcome of this story.

For the record, this is an amazing novel. It is extremely interesting, provides variety to it's characters, while still including some of the familiar tropes we all know and love (except for some) *stares hard at the tanned/blonde combo*but I digress.

But while this story is an AMAZING read, it also provides some of the familiar frustrations*glares at the blonde/tanned combo like they killed my parents*and recurring villains.

And based on the introductory chapter, we learn that Freyja, sadly, falls to the filthy degenerate introduced in chapter 8. Now while I acknowledge the fact that this is (regrettably) a natural turn of events, given his foreshadowing, all I can do is hope Martel pulls a Nowun, and is able to change the future, by way of a prophecy, dream or something.

But as I've stated before, I write this fully expecting this to be disappointed, sad as it may be. This review will not change the course of events that the author has planned, as we who read it are simply in for the ride, for better or worse. My opinion is just that, an opinion.

So, I thank the author for what he has done, and for his willingness to share what he has created, even when it was not his initial plan. So, I thank you, from the bottom of my heart.

Diverge Summoning
By Sleeplessbanter
Shango was just a regular 24 year old, getting by in life by doing numerous odd jobs. One day, he was summoned to an unknown world and found himself surrounded by people pointing swords at him, staring, as if they had never seen a black man before
Action Required