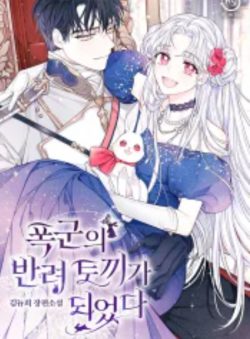 I possessed. As an extravagant mountain beast killed by an arrow shot by the tyrant emperor.

As a reader of old romance novels, I was confident that I would not go through an irregular period of possession.

‘No, not a rabbit!’ Why didn't I possess someone like a noble princess or empress, or at least a duchess? Why a rabbit that doesn’t even play the role of a passerby? Anyway, why am I not dead?'

“Are you crying in pain?”

Jenny stretched out her front paw. If you get a little closer, I should be able to punch you in the face. It was just one inch short.

Jenny put her hand up and rubbed her nose. The dainty nose that touched her paws twitched involuntarily.

It was a dangerous face for the heart. The writer who set up the main character like this is really good.

‘Please take me. I don’t know which direction, so I go in all directions.’

Far from finding a way to get her back, she follows him around, and it’s not just because she’s an ‘oldie’.