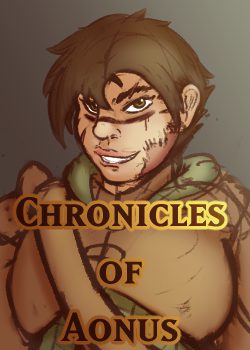 The world has for all intents and purposes ended, or at least one world has.

Earth has been snuffed out like a candle and many wayward souls have been cast into the void where they wait for a new chance at life.

Among them are several destined to arrive in the same world.

This story follows their trials and triumphs in the new realm they find themselves cast into but more specifically if follows one Amber.

Amber is 27 and having a streak of weird luck; her universe was destroyed due to administrative error and now she's been dropped into a new RPG like world to live out her life.

This wouldn't be such a problem if they'd actually gone to the trouble of completely rebuilding her memory, or if she'd landed a few miles closer to civilization; as it stands however she's in hostile territory and still being restored from backup, only half able to remember a jumbled life from before her resurrection.

Even so, she's never one to give up and though the fates seem to conspire to push her into crazy situations, she's always made the best of it.

Join Amber and a supporting cast on a journey through a fantastic rpg like world as they seek their fortunes and leave their mark on history, however broad or brief.

This is a Redux of a concept originally explored here: https://www.scribblehub.com/series/99855/chronicles-of-aonus/

Unbound
By Necariin
Felix was transported from Earth to another, altogether strange land that relies upon an omniscient system that operates much like a video game. Skills can be learned, stats increased, even your name and species can change. Also monsters. Don̵

Sun-valley Guardian
By Softserve
Adam is depressed with his life. After spending years of wishing for a change, his sheer will power finally let’s him achieve his ideal form which he names Eve. This strange occurrence sends Eve to a whole new world to explore. Explor
Action Required