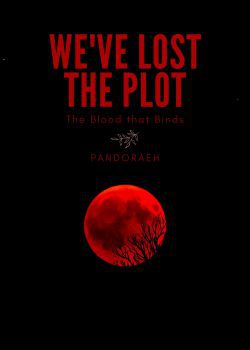 In the humid heat of a Florida summer, a conspiracy is brewing. Old towns and ancient trees hide dark rites desperate to drown the world in blood. Together but divided, the regional supernatural community struggles to maintain peace with each other and the Hunters' Organization that both helps and hunts them. All while an unknown enemy picks at the fractured alliance to farther their plans and elevate tensions.

At the center of it all, Michael finds himself stuck as Hunter Clarke, a human bounty hunter with little more than a resistance to magic. While his circumstances aren't great, he must fight to stay alive and complete his mission in hopes of finding a way home. However, each move unearths new truths and buried memories as he struggles through deadly encounters with the constant threat of his own imposed mortality. Among the flesh and confusion, there is one constant. An influence that remains strong throughout all worlds. His love for his husband, Alexander. Even with new faces and different names, they are destined to find each other. Lost but not alone, they will fight against those who threaten their peaceful tomorrow. 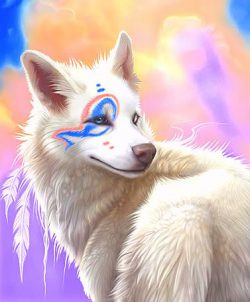 I'll rate this sometime later since the first arc isn't even over, but I wanted to leave this review here to encourage others to give this story a read.

Personally, I find this to be a cute, funny, very interesting, and just all around entertaining read. It's almost the end of the first arc now and I'm so curious!!! Omfg xD *coughs* well, let me give a few more details without spoilering~

This is a quick transmigration story (.... I think? XD) where the lead hubbies get stranded in an unknown realm with pretty much no clue wtf is going on. The premise is quite unlike anything I've seen before and there are a few elements about the setting that just make me go "omg what's that? Tell me moah OwO" xD. Without giving too much away, it's the unique way in which the "transmigration" and the development of "fragments" aka worlds work that is really refreshing and interesting to read about.

As for the characters, we get both of the leads' pov; not exactly evenly so but you definitely get a good look at the ML's side (btw gosh I love multiple pov >w< xD). I like them both, they're strong, skilled, have various differing traits that make them feel alive and they're really into each other~. Several peeks into parts of their past really made me wonder what went down before, especially when it comes to the MC, Michael. His past so far is mysterious af, he seems like a complex person with darker streaks and I'm so here for it (✧∇✧). His hubby is quite the amusing character and frequently manages to anger him with whatever he's up to. Their interactions are amusing, cute and ///// well, you know (͡° ͜ʖ ͡°) XD also, the feels~~

As for the plot, so far it's pretty much them trying to find out what tf is going on while navigating the lives of the characters they transmigrated into and dealing with the stuff they have to do for this world/fragment. I'm so curious!! Curious what will happen, curious why they landed there, curious about the characters' past, curious about how this system of quick transmigration exactly works. And other stuff, you know the deal (´▽｀) xD

There's the occasional typo, missing word and lacking conjugation but that's not really a big deal imo. A bit of practice and your brain will do the autocorrect for you lolol. I noticed just one habit of the author that hindered immersion: their frequent usage of the "as" clause, oftentimes incorrectly (I think. Don't quote me on this xD). If you dunno what I mean, an example of an as clause in use would be "I switched the lights off as I left the room". Anyway, since those frequently seem off to me, it's like entering a path with nice landscape and interesting things to see, that's pleasant and exciting to walk. It's just that, from time to time, you'll stumble over a rock on the ground xD. Doesn't make for the smoothest experience but it's still a very enjoyable journey and I'm so looking forward to where it will lead! :D

That said, this is simply nice af. If you're on the fence, just give it a try and join me in wondering and being curious :3 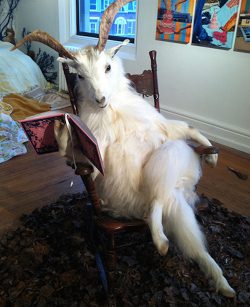