A college student was returning home after studying abroad for several years when the end of the world happened. A dragon appeared out of nowhere and attacked the plane he was in, thanks to an incredible amount of luck and his quick-thinking, he managed to survive the plane crash only to get stuck on a tropical island.

A weird system took over the world and brought monsters to Earth. While nations collapsed and the world as a whole was being destroyed by ridiculous monsters, Leon was stuck in a godforsaken island with no chances of being rescued. What will happen to him? How will the world change while he is away? Will he even manage to return? 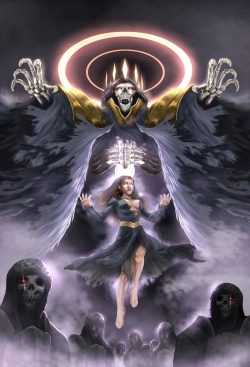 If you came here for a story matching the title or image, you have lost your way traveler. The MC is as American as a bowl of ramen and the story is as bland as filtered water. If you want a OP MC with some ties to reality, this ain't it cause no one who spends years alone on an island would leave after spending a week with family to handle geopolitics in a post apocalypse. Pro tip author, regular people don't drop family to ensure peace between two countries who can barely interact with each other at the moment.

not bad concept, but there is no plot, no goal, noting interesting happening. Only the MC wanking around.

there is nationalism starting at c38, which left a bad taste.

from there on the MC is op. Nothing can hurt him.! (There is the end for me.)

I’m torn. On the one hand, I’m interested, and I’m sure this will keep my attention, at least for a while longer, but on the other...

There’s no doubt in my mind that this deserves a 4. It doesn’t have that bland, generic feel I’d give a 3 for, but it’s surprisingly hard to pin down why a 5 also doesn’t feel right. And I think that’s part of the problem. On some level, I don’t get this series. To make a long review short, there are inconsistencies that I can’t quite place and threads that just end and aren’t brought up again. A lot of them can be explained away as a product of Leon’s understandably fragile mental state or a sampling of his hardships and frustrations, but whether they should, whether they add to the experience or distract from it is tough to say. To explain that further will require some pretty heavy spoilers for... basically everything through around ch 70.

Take the skills he learned on the island for instance. Unless I missed something, he was fast and strong enough to run on water carrying a 50kg stone box. Chapters are dedicated to him training his body, dashing around the island, outrunning the fish monsters, complaining about how the box chafes... only to drop the idea almost without provocation, and his superhuman speed is never mentioned again. It’s not used to travel long distances, outmaneuver enemies, cross bodies of water, or even grind for more stat points. Depending on how generously you interpret it, that could be a bid to make the audience sympathize with Leon’s failure and desperation... or a blatant waste of time that breaks the Law of Conservation of Detail. For that matter, the Angel plants he left on the island for some reason have vanished too, and with them his Alchemy, which for all he knew could have meant he never saw a potion again. Again, was he heroically desperate or irredeemably short-sighted?

Then there’s the fact that after he escapes the island, everything just feels... gray. Except for in a couple notable instances, Leon doesn’t emote. There’s no triumph at escaping the island, satisfaction at clearing the dungeons, excitement over new loot, and I can’t tell if that’s bad writing or a subtle nod to the trauma he suffered being alone for so long, bottling up his feelings and leveling his mental fortitude.

So, to break down my rating... all told, the series without Leon in it nets a solid 3. It’s a good foundation for the characters to dance around on. In the end, it comes down to the protagonist. Depending on how you handle subverted expectations and how you interpret his character, the rating could be... anything really, from a 1-star dumpster fire to a 5-star masterpiece. I’m on the fence personally, but for now at least, the mystery makes for an interesting puzzle. Thus, 4 stars. 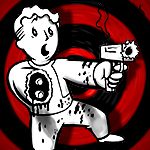 I can't stand MC, his way of thinking that goes beyond common reasoning, it seems that his intelligence points went down the drain instead of increasing his wisdom a little. He always complains that he is unlucky but never increases his luck stat that he is at 1.

From the beginning of the novel, both the plot and its development have many inconsistencies and are very forced in certain parts. I would like to give it 2 stars for the frustrations it made me feel but I am going to give it a 3 because despite personal opinion, objectively the novel is easy to read, you just have to turn off your damn brain.

I give it a solid 3 stars for a time-killer.

I liked the story a lot while he was trapped on the island and was grinding and learning. The MC is reasonable until you learn about his level of trust.

1) Wasted Potential: A lot of tags seem to be thrown in, but are never made use of: Alchemy, Artifact Crafting, Blacksmith, Crafting, Evolution, Magic (for everyone but the MC), Skill Books. If these were expanded on just a bit, they could have added a lot to the story.

2) Lack of empathy for the MC: You like the MC, since he is a pretty good character, but you don't really empathize with his goals much. Idk how to fix this, but it was an issue I think many will have. (Could be wrong on this one though.)

3) World-building: Though I like the Japan arc (other the MC's trusting sometimes), the rest of the world is a bit too lack-luster. I liked the island better than North America. Specifically, it felt like the entirety of N.A. Consisted of Phoenix, Arizona and New York. I get that you might expand later, but it felt a bit too simplified.

To the Author: I left some constructive criticism on chapter 126, if you care. That said, I enjoyed the read quite a bit these last two days and hope you keep writing and refining your skills! Thanks again! 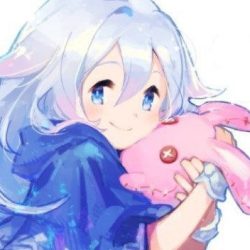 What can I say... Basic system, good starting point, what else...? Oh right, an immature MC that had no growth what-so-ever.

The guy wasted almost all his stats on Mana that can be raised by raising other stats or other methods, even the simplest ones like Luck is practically ignored while complaining on his situation or bad luck.

That's not all, if there is one thing I learned from solidary MCs over the many novels I have read, any MC would learn to be not too trusting and always cautious of others regardless of who they are. No dumb sh*t will just say I have powerful magic to every single person he meets and let them take advantage of them.

It's just fiction? this is a mathafakin Fantasy-Realism if we categorize this work and this genre is known for It's limitations on how much bullcrap can be thrown. And an Japanese Isekai Beta Protagonist MC is one of the most taboo things to do in this kinds of story archetype, he's not even Japanese but an darn bloody American.

this review will be updated after I caught up with the chapters. I just want to write a simple review first since I already read a bit of chapters. To sum it up, up to ch42 it's a bit too boring. To many chapters where I feel like I didn't learn anything new about the MC, fillers for short. And his personality sometimes don't make sense sometimes he's humble to the point of calling himself dumb sometimes he's arrogant thinking he's so good and the people he interacted with is bad and look down on them. But this can be blamed on spending 4years in an island alone so..

Edit: Im done. Final score shall be 3/5. I first can't pinpoint what I feel wrong with this novel. Then it hit me, we dont really know much about the MC. What I got from the boring 'prologue' is that he's a college student, we don't even know his major, and he wants to see his family. That's all, personality-wise we can say he's hardworking. Again, that's all. And now in chapter 60-ish he's interacting with people and occasionally saying pretentious lines thats sounds like 'they are weak bcoz they don't put effort' which is bullsh*t coz dude, u're in an island with the only 'danger' near u being fishes that u can basically smash with rocks, ofcourse u can practice while they live in a monster filled world. I think the problem is the world and character building. We didn't get 'glimpses' of what he will do in social situations so we can't 'predict' how he will act so when he goes and interact with people while trying to sound cool, to me it just sounds pretentious, like, who is this guy? The dude who tried to fly with his hands? The character is disjointed. And idk. I have so much more I wanna say. But I quit. GL. 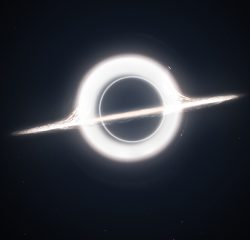 Story is nice but very linear.

I feel like this had so much potential, and the novel is probably better than a 2-star review but it's up to the point where I don't even want to read it anymore, there is nothing significant happening the story, the plot is going nowhere and the character development is weak. I saw a comment in one of the chapters that wraps it up pretty well; it's like a summary of what is happening and many aspects of the story have little impact on the reader.

All around its mediocre and not really enjoyable to read.

Shift
By Shiver
“I would sacrifice anything for my family.” This is something which heroes often shout in defiance of some great evil in stories and movies. But how would you deal with being one of the ones the ‘hero’ sacrifices?

Journal from Another World
By Fuyutsuki_Kaori
One day a man was sent to another world. Was he summoned as a hero or a villain he did not know. After all he was alone in a beautiful beach, he does not possess any cheat like abilities, or powerful equipment to boost. He has noth