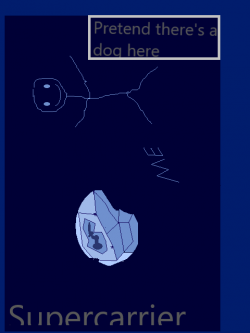 Our protagonist begins dead and talks to a god as is the usual in isekai, except he dreams big and mere cheats cannot satisfy him. He begins to negotiate with god who is not happy to hear his not so humble requests. All doesn't seem too well in the realm of the gods when the recruitment of our protagonist is interrupted to his ecstatic surprise. He is getting his dream granted by a less stingy god... or whatever that is.

Sent to a star system in the fringe of the galaxy, how will a artistically inclined nerd power the megastructure he always dreamt of? What will he do to the star system he finds himself in? What about the one high fantasy planet in orbit? What does his new body mean about his existence and conciousness? Is he still human? Does he care? Why am i talking to myself?

----
This feels kinda awesome, a lot of ideas i've been having for writing are converging now into this one. I originally came up with this about an year or two ago, but only now i'm getting myself to actually write it past the 5 conceptual chapters i had done.
I finally feel like i know where this is going but there's always a surprise that come to mind when i'm writing, this is so cool.
In case you're wondering no, i did not decide to pretend the cover was a child's drawing halfway through failing to draw. It was closer to when i was finished. 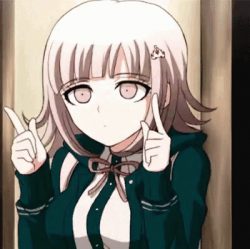 The first half or so is a bit rough I won't lie, But underneath that roughness is something pretty good.

The biggest issue I found with the story is that the Super-Carrier seems to have little to do with the rest of the story. I wasn't expecting lot's of usage of it cause it'd be a really short and not great story is the MC can just use Spaceships for any problem. But after the 2nd chapter or so, We haven't seen it once since then.

The story has something that I love such as when sick people are picked up from a crappy life or almost death and is nursed back to health. I also am really just liking what's happening.

There are only two other issues I have with it. That is, The writing structure is a bit weird and at times I feel like we aren't explained anything at all and then we sometimes get moments that feel like jump cuts.

The final issue is that I think this could've started as a normal isekai story and would've worked better. Would probably make it a little less confusing at the start also. The MC doesn't even really need to be an AI/Android. Could've just been gifted with an OP body with a supercomputer of a mind.

This is more of a personal taste also, But the MC, in my opinion, should've been female. Most of the story I would forget that the MC is actually male. The relationship with the little girl the MC is taking care of just seems it'd fit a ton better if the MC was a female. I can very much see the MC having a more big-sister/Mother type of relationship with the loli they're taking care of. I guess since the MC is an Android now that they can always be put into a female chassis. But wouldn't really sit well still.

I won't go into too much detail so I am not spoiling much. But I do think this is a pretty good story. 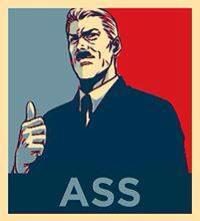 I’m Overpowered but I’ll Let the Hero Do His Thing While I Save the Last Boss
By meili
Reborn to Rescue a Video Game World! After dying during a worldwide pandemic, college student Asteria was given a fresh start in the world of a popular video game. Her mission: to protect mankind from a forgotten danger. However, shouldn’t the ori

A Merc in A Fantasy World
By Revswagger
The year is 2070, 10 years after what many call the third cold war and a famous mercenary decides to take on a contract that he probably shouldn’t have. (note: i do not own the cover art and if the artist wishes i will remove it)

Titan of Steel
By IJustWrite
Dungeons. Sapient subterranean structures full of monsters and treasure, commonly plundered by adventurers. Yeah, no, that’s not happening. Instead, watch as THIS dungeon takes matters into their own ‘hands’ to prevent such explo

Anime of You: Traveling to Other Worlds
By MajorKerina
Friends Neil and Mayu find themselves drawn into a series of anime worlds when they buy drawings from a mysterious vendor at a convention. Cover art is by Mysticswordman21 – https://www.deviantart.com/mysticswordsman21/

Gunpla battle operations?
By Broldakka
(Art not mine) This story is based off of a question my brother asked me. “Hey if you got reincarnated as a gunpla how would you feel?” And here we are meet jack as he goes thought is new life as a toy on a shelf in t
Action Required