Throughout the existence of Cultivation there has always been group that has been seen as normal, but also abnormal. Everyone expects the Beasts of their world to contain Cultivation, to have the strength to rival humans. Cultivators have always seen these beasts as a method to train, a method to earn money, a method to increase their cultivations, or even a group of pests that need to be removed because of their threat.

But there is always one thing seldom considered about these beasts. Where did their cultivation come from? It is commonly known that the beasts kill one another or use natural resources to gain power, but how? Not only has this not been truly considered but also, why? Why do the beasts feel the need to fight, the need to gain strength?

Beyond the physical thoughts about beasts there is one last question. How do they feel about this life? They posses little to no intelligence at first, but that still does not mean they don't feel.

Then comes this story, the first generation of Spirit beasts. How did they grow when they all started at the same level? The humans grew slow at first, the beasts saw them as non-threats. So they purely possessed the need to fight for the position at the top of the food chain. So let us follow the path to the top among the Spirit Beasts. The Spirit King who ruled till time unknown.

Sorry for the long side note, just wanted to throw some thoughts out there

PS: I do not own image used, I might look into getting a custom image if people like this story, If the owner of the current Image would like me to take down the image please do contact me and I will get on that.

Also as a fair warning, Spirit Beasts at the beginning phases have extremely limited intelligence. So thoughts of the character will be very basic at the start. 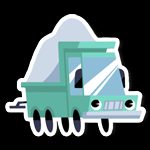 Monarch of Heaven’s Wrath
By ShiranuiShukumei
Liang Chen was a normal youth, one could easily find countless others like him in the Qing clan. He thought that his normal and unremarkable existence would continue for the rest of his life, a thought that was shattered when he was 12. His parent

Like a Ray in My Night
By yansusustories
*updates Mon/ Wed/Fri* When the orphaned Yun Bei Fen becomes a disciple of the Teng Yong Sect and meets his senior martial brother Mei he finds a new goal in life: He wants to become a cultivator just as great as him! But unbeknownst t