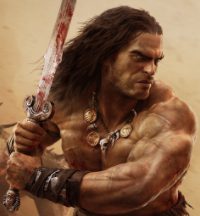 Blood for the Blood God! For the Dark Prince! Rot and Ruin! Plans within plans!

A man gets thrown into the original world of his favourite game as his Day 1 bug-exploit character by unanimous agreement of the Four Chaos Gods who, in their boredom, demand little more from him than entertainment.

Now Erik must survive in the unforgiving northern wastes of Norsca where the tribes will as gladly fight each other as work together to raid their southern and western neighbours to obtain food, supplies and thralls. All for surviving the bitter winters and to earn the favour of their Dark Gods.

He must fight, kill, raid & conquer, for the God of Blood & Honour is never at peace.
He will seek excitement, pleasure & perfection, for the Dark Prince of Pleasure is never satisfied.
He must persevere, bring stability to his realm and bring assured destruction to his foes, for the Plague Father is inevitable.
And he shall hunt for artefacts of great power and learn the wisdom hidden in ancient tomes, for the God of Change hungers for power.

||UNOFFICIAL||
(GW copyright requirement, don\'t need any trouble about that now or in future.)
(All rights of the cover image to FunCom, Conan Exiles)

I love it. The writing is easy to understand and has some great lewds. Go Slaanesh.

I would give it 9/10 stars on a 5 star review. &NbspMore details in snu snu areas. &NbspBut that’s the perv in me. &NbspF’ing great story even if you don’t know the war hammer. &NbspLove the story

What's the point of the Isekai tag when the MC completely forgets who they are, and goes full native without any real free will?

Most of the world-building nonsense seems to be carried over from Warhammer without any effort to actually make any of it make sense, which just leaves the world hollow and unbelievable most of the time. (Eg allowing tens of thousands of thralls to perish in the cold.)

Style wise, the author can't do meaningful character relationships, AT ALL. Has no interest in writing dialogue, and as a result, the entire book feels like someone writing in their diary about stuff that happened, instead of actually making you feel like you exist there. 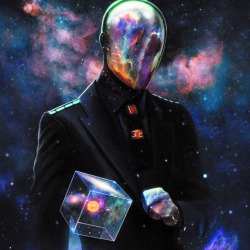 Pretty good story, has some problems but that's nothing unheard of and I am looking forward to any and all chapters that will be released and will continue doing so until this story is completed. 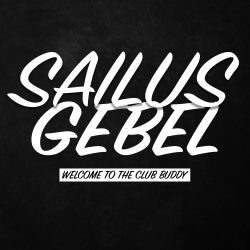 First of all, I'm not a fan of every genre\tag in this novel. I would try to avoid talking about a specific aspect that I don't like, as it's subjective. I can't say that I'm a huge fan of Warhammer Fantasy. I don't know much of the lore, but I like the setting.

I've read too few chapters to make a proper judgment. However, If you barely know a thing about Warhammer Fantasy or don't know anything at all, I think this is a decent novel. It's somewhat fresh, as the MC isn't reincarnated into medieval Europe or something similar. The quality of writing is not that great but decent enough. Go ahead and give it a try if you like the combination of tags\genres.

Now to the cons. The author isn't a lore fanatic, and it's a major downside. I appreciate the intention of writing fanfic that isn't another: "Naruto, MHA, One Piece, " but it's not enough. The biggest problem is in the premise, the synopsis itself. The four gods of chaos.

Though I don't know much about Fantasy, I've read a decent amount of 40K books. The gods of chaos from Fantasy are almost the same as the ones from 40k. In this novel, they are portrayed wrongly, in my opinion. I can understand the omission of Tzeentch, but not Nurgle. Nurgle isn't solely about plagues and disease, but the lack of lore knowledge makes the author brush him off at first. And when Khorne is thinking favorably of honorable behavior... I don't know how to react except for dropping the book. Also, the MC, despite having the 'blessings' of the four gods, isn't dubbed Everchosen.

Another big downside is the setting itself. Warhammer Fantasy is a cruel world. Though I don't like things that are cuel\dark for the whole purpose of being cruel\dark Warhammer Fantasy is one of the exceptions. Here, despite the MC being in Norsca, there isn't anything cruel.

Women somehow aren't viewed as trophies\prizes which is a downside. I get it it's a novel, it's fiction, so why can't we have women with rights? Well, because the setting is different.

As for the cruelty. Yeah, we got thralls (slaves) being killed, but this isn't cruelty per se. As there are absolutely no details to them, we can't get behind them. We don't think of them as proper human beings. It's kind of a cheap tactic, in my opinion. The author doesn't want to make MC unlikeable, so he chooses the actions that won't make us hate him while making him look somewhat 'evil\dark'.

The tribe is too big for a Norscan village and isn't fleshed out at all. Instead of looking like a Norscan tribe, it looks like a generic Viking settlement. As there are almost no interactions with the said tribe, we only hear but not see. We can't see their 'cruel' behavior even when they interact with the MC. And due to plot armor, MC isn't ostracized and treated warmly. By a village of marauders, raiders, killers, and so on and so forth. Because the gods told them he is their champion (not everchosen). But the gods don't care about MC. But they told that the one who kills him will become a champion. Yet in this 'cruel' place, tribesmen don't act on their impulses and greed.

Part of my complaints are somewhat subjective and come from my own expectations. I won't give this novel too low of a rating, but I won't give it a 5 either. If I could, I would rate it a 3.5, but there is no such option. So, a 4 from me. Won't continue reading it. 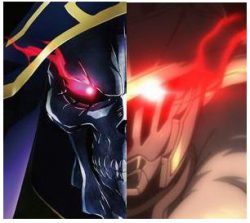 Self Insert as Spider-Man MCU
By Bokuboy
What would happen if you woke up in the body of someone else? What would you do? What if you had powers? What if all you had to work with were your own memories to get through a life you can’t remember? Meet a version of Spider-Man th

Nanites SON!
By BeauSmith
A twist of fate, a broken nose, and a lot of cursing. That was how David started his new life, the death of his mother still fresh on his mind, but instead of what he thought would happen. He gained a power not even the tech of this w
Action Required