Okay, I died. I managed to keep my sense of self intact, but I lost my memories in that place that could be called Heaven.
Good game.
Is what I first thought, but thanks to several lucky shots, I managed to reincarnate to a life without problems!

Is what it should be, but the world I reincarnated on is one heck of a place.
Magic, monsters, dungeons, and even a skill system.
And my place of rebirth is exactly one of those dungeons. Wait, what?

A dungeon straight from the start!?
And I'm one of the weakest beings in the world? And not even human!?

But I will not give up! Just you watch!
I'll keep growing stronger and get out of this dungeon! Then, I'll live as I please!

Just some problems, like that monster of a Dungeon Master...

---
This story has been shelved in favor of the rewrite: "A Reincarnated Demon's Life of Wonder".
Updates to this story will be released irregularly, but the story will hold until the end of Arc 3.

This is just something I write in my free time.

English is not my first language, so expect bad grammar. 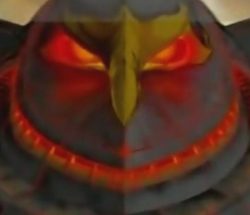 This story does at least have mostly interesting progression, but the writing, world, and characterization leave much to be desired. That it comes off as a ripoff of 'Kumo Desu Ga, Nani Ka?' doesn't do it any favors.

Most of the writing is in the form of narration from the point of the MC, who really is the epitome of 'unreliable narrator.' The MC is very scatterbrained and easily sidetracked, talking about skills and little tidbits instead of maintaining any sort of focus. This makes it very easy to skip significant sections of text wall without any feeling of missing anything. That the descriptions, while excited and frantic, lack color and only contain minimal humor only rewards this behavior. At least it's quick to get through.

The action also becomes very bland with how lacking the descriptions are, more like a list of actions with reports of the MC's desperation than fights. It's lacking something, visceral, fast, fluid. A problem likely worsened by the MC's thoughts frequently interrupting with tangents.

The world itself seems boring as it's just a big fantasy world with magic, a system, a bunch of reincarnators, and gods that don't know what they are doing. Very banal. Been there, seen that. Nothing to stand out.

Speaking of the gods. The character problems are mose evident with them. Excessive animeisms to the point that that is the entirety of their characters. Think Konosuba, but insufferable and lacking humor bar what the animeisms fail to provide. There were some characters that were okay though in the form of a dino trio and their tyrant king enemy. There was very little of them, but they were decent enough for that.

Ultimately the conversation the MC has with the Goddess of Darkness after his third evolution is when I categorized this series from poor to awful. The goddess being a whiny, spoiled brat (not at all unique among the gods of this series), and the rapey context was a bit much. The lack of originality shown through the reliance on cliched, shallow, anime behaviors, however is why I started to despise it.

Author randompy adds gender bending and futanari at the start of arc 2 without any warnings or build up. Huge dissapointment, the story was peetty good. 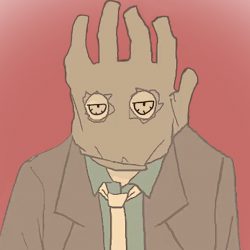 This is one of those novels there have my fair shares of likes and dislikes. I'm really impressed of how detailed the world are, but to some extent too much at times. I can feel the inspiration of many other LitRPG's and how many of those novels issues being fixed or addressed. The MC rarely does anything where you go "why didn't she just" without an explanation soon after, or clarification of the choice by the author in the comments if people asks for further explanation.

I can see the story keep on expanding and continue for quite awhile. And the author learn and reflect on good and bad points and active in the comments.

Though there are many things which grinds my gears when reading the story. First there are untold action where the MC have grown, and instead of telling the narrative of when it happens it's often in past tense told at later date. And that leads often to my second big annoyance, often the MC have grown without the reader knowing about the new growth achieved and surprises us by suddenly doing something unexpected which I felt I needed to know prior. This goes to things as teasing important info or actions that MC knows as well to a later date when sees fit.

At the cult many info she gathered was completely unknown to the reader, some which she heard the cult talk about, or in some notes, they not even revealed after but spread out on several moments right after they could have been nice to know.

[collapse]
It's like being told the question after knowing the solution every time.

For the reader it becomes quite overwhelming the amount of skills the MC ends up having even after the first arc, and it ends up feeling like info dumps. Which can last quite a while cuz many skills are explained what their changes are, and why they grew, though it's also the storys charm.

About the characters, I like the MC but I'm a little sad that I can't really feel her character progress other than in strength, and the the party members introduction felt extremely rushed, almost all the first random ppl she meet after the first arc ends up becoming a party members and important characters. And even after that they still felt out of place like dragged along somehow just cuz they were the first she made 'personal' contact with.

Starving chick in the desert cuz she got robbed by a skeleton.

Jailed person by the cult cuz he was in front of bad guys house when cult acted as if they robbed his house.

Girl asking for help in back alley, which is a debt slave cuz she wanted meat, and to excuse their overreaction they buy her.

On a side note it's sometimes hard to follow the inconsistency of the power gap between characters at times, because you can't depend on just the stats, nor elemental elemental affinity, race, level, rank, location boost, titles. So sometimes it feels like MC should or shouldn't have a chance but we won't know until all of these things are told which is often told after the fights. 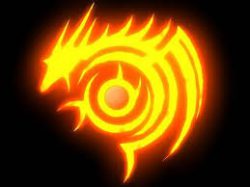 LoL this read was pretty weird at first, but dam is the adventure about to turn into something more than what I could imagine. If you don't care about the gender bender tag and just wanna enjoy a fun read then this is pretty good. Now the only thing I can do since I caught up with the latest stuff is to sit and wait for more chapters. If you are a critical reader and would like to put everything under a microscope then this might not be your cup of tea. Enjoy the read to anyone who is reading this and have a good day or night!! :D

Also thank you for writing the story author, and I NEED MY FIX NOW !!!!

I was honestly not expecting this to be this good, I went in looking for an 18+ novel of at least average quality and came out with so much more. I also don't understand why the author is worried about their grammar, this is perfectly fine for anyone other than a grammar nazi.

It's a fun action read, with some comedy and a little Yuri. The MC is very relatable. The side characters are fun and charmingly insane. It's a really good read with the only problem being slow plot development

At first the story just seemed like a copy of many different isekai, but later in the story it starts do diverge and does it's own thing, which I think is great with likeable characters and good action

The concept and plot aren't... bad, I guess? Very, very obviously "inspired" by certain manga, tropey, and riddled with some pretty serious infodumping. Hell, it even starts with a stilted version of the "An unfamiliar ceiling" trope.

This brings me to my main qualm with this story: the horrendous application of English. Throughout the entirety of what I've read, there's awkward sentence formation, inconsistent tenses and conjugations, and a seemingly limited vocabulary. Even ignoring this, the style of dialogue is completely unbearable. The author's tendency to, instead of having actual fluid diialogue, denote the speaker simply by putting "- name" after their part makes even the most entertaining of conversations seem like some mishmash of quotes, perhaps a letter, and a random interjection. Furthermore, rather than employing actual description, the author has the obnoxious habit (one far too common among inexperienced internet writers) of using asterisks to denote certain actions. This becomes especially grating when he inserts it during speech.

I have no idea how this story is so popular; it's not even like Tree of Aeons, where, despite some awkward grammar, the plot is novel and entertaining.

Was supposed to be a 4 star rating.

Author could do with a dedicated editor. Clearing up the incorrect word usage and other gramaticcal issues would help the flow and readability of the chapters. Not that its bad. But there are one or two points in most chapters that require one to use the context of the section of the story to understand the authors intent.

The story is quite enjoyable, as are the characterizations. The growth system is alright, though at times seems to be a bit slapdash.

All in all, a good read. 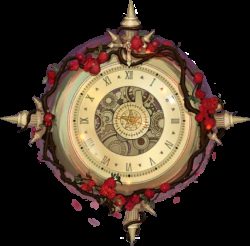 The RPG Foundation
By travisswan86
Transported to another world, be by manifestations of nature, getting kidnapped by gods & mages through summoning, reincarnation trafficking by a crime syndicate or soul unwillingly being snatched to be reborn in another world. These are even

A Tale of Two Lives
By Kldran
A man discovers his interesting dreams are not just dreams anymore. Now living two lives, the main character of this story is stuck trying to make sense of a ridiculous scenario that leaves them questioning their own identity. Author Note:

The World Beyond
By Bluemass
The Archives… The core foundation of how worlds are made. Just like a book, a story was formed in the first page. Like in every story. It has it’s own ending, desperation ensues to those unfortunate to have their own worl
Action Required