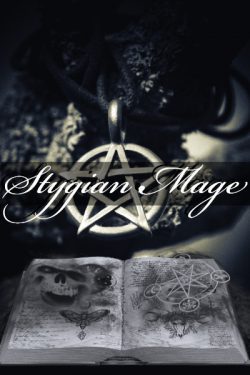 "Welcome Traveler."
It was what Soren first heard when he met an impossibly strange man in a horrendously strange world, where fantasy became reality. Now, stranded in the unknown world, Soren must make use of the discovery that strength is all that matters in this world, and try to get himself back home--That is, If he's able to find his way. But there is always more behind the veil of uncertainty, and Soren must be deathly sure of the decisions he makes. After all, curiosity can kill more than just cats.

[Author: This is the first story I have ever written so have mercy on me. Bear with me please if I make any mistakes. I welcome all sorts of criticism as it will help me improve. Hope you guys like it.]

PS: This story will contain explicit sexual content and profanities. The Mc is not a good guy in this story so don’t expect a nice Mc who will help others regardless of his well-being. In fact, he'll be a straight up villain type later on.

P.P.S: The cover image is not owned by me. I used Adobe Spark to combine and edit some free images.

P.P.P.S: Also posting on Webnovel, Moonquill, Royalroad, and Wattpad. [Mainly on Royalroad though.]

Edit: I thought I should add this in here because it seems to be a problem for many people--My inspirations came from mainly chinese webnovels, so my writing style resembled that a lot at start. I just wanted to leave a note here for people who don't like such stuff. I've already improved a lot and changed my style in recent chs, so hope you guys give it a try before dropping prematurely if that's your reason. Furthermore, I will also be editing all the early chs in the near future to make the quality similar to the recent chs.

Current Schedule: 1 ch / week [On Saturdays]. [Will be increasing the release rate once I'm comfortable with this speed]. 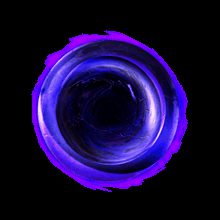 Rating this 5 for its good quality understandable english and simple but reasonable plot. The story is about an isekaid edgelord in the making (pending whether MC is going to fully go into that route) who wants to go back home to his family

I know reading about an edgelord MC turns most readers off but just give him a chance cuz this has a certain realistic feel to it unlike the other generic MCs out there. I 100% seriously doubt that a normal person who experienced traumatizing events would stay sane and kind (realistically speaking). Even war veterans, soldiers, and police officers become mentally scarred. Heck even normal people who just witnessed a murder or a terrorist attack get scarred for life, and they were'nt even affected directly. So please... Dont expect MC to be a generic passive pacifist jap protagonist cuz common sense exists in this novel.

Just sit back, relax and enjoy the ride, you might even be suprised by the story.

So I figured I'd attempt to write a review for this since I went and binged all the chapters on royalroad (68) (because that's what I do) and so few novels on this site have reviews.

First off the MC is a bad guy, he doesn't go off the deep end for absolutely no reason but its definitely a fast slope.  So like the author said, don't read it if you want to quibble about the morals of his actions or whatever awful thing the MC or the other characters have done.

World Building: haven't seen much so far but seems promising, best mark here is the various new monsters name and descriptions, though I would like more interactions with other characters powers (and the broader world in general) to get a better read (personal favorite is the variety of abilities and specialties that can come up in these types of power systems, but don't hold your breathe here)

Main character: He's smart and definitely cheaty, calling it an isekai wouldn't be remiss.  But he's not stupidly powerful, and though training is glossed over after a while (it would be boring otherwise) it is still mentioned.  He gets hurt when he should get hurt and stays within his rank.  His overall reasonableness will really depend on future human combat.  As for his personality besides smart? He's cold and ruthless

maybe from past repressed trauma?

[collapse]
but there are occasional after effects, he hasn't gone off the deep end yet but he probably will at some point.

Other Characters:  Everyone has a reason and a story to do what they're doing (generally) so that's good, and the movements of the organizations and more major people so far has been logical.  There are arrogant young master characters

their parents do discipline them

[collapse]
with extreme reactions, but nothing ridiculous so far.

Writing/Grammar:  I usually just sail right past all but the worst of errors due to reading too many NU translations.  I can say its good, but find another person if you want a more informed opinion.

Its been mostly survival thus far, so we'll see what happens.  It hasn't been boring in my mind

So if you've read this far:

Overall thoughts: Its a good story, but nothing to knock you off your feet.  Definitely a good read if your MC's gray to even darker.  Realistic but not to the point of boring (the traveler inventions are a crux, but reasonable and excusable).  I hope to see more author!

Pretty well written, reasonably paced, decent adherence to logic (most of my complaints are large scale nitpicks that would never be fixed in the extant content anyway) but HOT DAMN does it lean into the edgelord content. Thankfully you can always see it coming a mile away and brace yourself so you don't break immersion from laughing too hard, but it still distracts (and detracts) from the story. 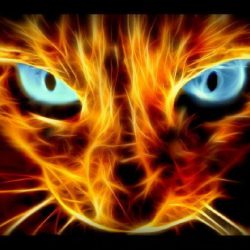 Ethereal Creator of Realms
By Ethereal
I have this story on Webnovel.com Scribblehub.com Royalroad.com & Tapas.io I am on P A T R E O N, besides these websites I have published this on Amazon. ————————————

I Just Wanted To Die But Instead I Became Immortal
By Nyanako
Bridget Bridges has lead a meaningless life. She was nothing but a burden on those around her, so she decided to end it all. Throwing herself into the river, she wakes up on a distant shore. Now, it seems no matter how many times she gets herself
Action Required