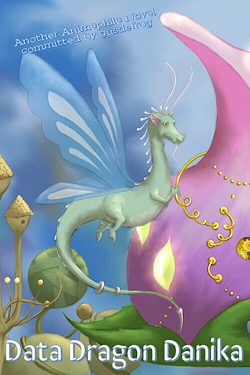 After a great deal of preparation, Danika begins her new digital dragon's life in a very small way.

They say the "Living Jade Empire" creates individualized quests. They say it can read your mind. They say you can find your heart's desire. They say that there's never been a game like it, and they're right but… they're also wrong.

The game is a data mine, built to retell the old tales that humans have been telling each other since language was invented. It doesn't read your mind, but it reads your search history, your favorites, and your blogs. The "Living Jade Empire" is literally crafted from fables, legends, fantasies, and maybe just a bit of stardust.

But in the end, will the game be able to figure out what Danika wants most? Will the desires of other players take priority? Or, will playing it change her, until she desires what it can give her?

A journey is always made up of many small steps, and this game has still only just begun.

Note: This story is the fourth one after 'Kiri to Shinkirō'. Thank you for reading. 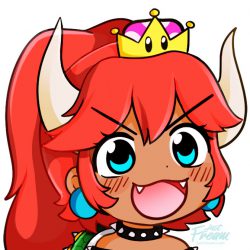 I'm writing a review which I am bad at because none have done it for this wonderful story. It a slow romance with an cuties and fluffy atmosphere.

Danika is scared of what people think of her or more of what they see her has, but with this revolutionary game, Living Jade Empire, she get to come out of her shell and bloom. This happen at a very slow pace and it hard to understand why because the author doesn't say much about anything outside of the game since Danika is the narrator and why would a narrator main character describe her life in general.

It take a very long time for anybody find out where in the world she live and why she doesn't want to go on a date in real life and it the biggest weakness of the story. So if you start reading this story give it time the chapter are short and the story outside of the game only start with the second book.

This novel is not the story of a munchkin so no reason to be the best in combat it is a story of exploration, adventure, discovery and love it is not the typical vrmmo novel. The game is only a tool to connect everyone.

And if you really need to know what I love most about this story than you will need to read till half of book 2 or if your perceptive you will find out in book 1 and for the other spoiler ahead;

Danika is paraplegic, something almost never done. Giving your main character a major handicaps, one you can't get over but have to live with. It give the story so much to expend on and explain so many thing, it a sad true but one that give flesh to the story.

Has a decent start but drops off very quickly once she gets out of the tutorial zone.

She pretty much cannot play the game, yet still has to be logged in doing nothing while she waits for her egg to hatch. On top of that she is denied a proper starter zone because her NPC 'parents' sell her freaking egg to a player, who tries to make her his familiar right after she FINALLY hatches days later. Any of those events should have been reported to the game devs as major bugs, and she should have been heftily compensated for having her gaming experience ruined in such a way. And yet, she simply accepts all that BS and tries to continue, which is way more unrealistic than a full dive vr >_<

Edit: if you can get past the stuff I described in the spoiler the story gets good again a bit after. 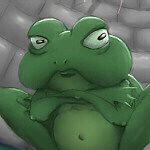 Eden of the Eclipse
By LotsChrono
In the game world of Eclipse where the antics of the players, the developers, and the NPCs abound, Lucy Heartfelt has the dream of leaving her mark upon it. A childish innocence brimming with a desire to enjoy this new reality to the fullest, her

Brand New Life Online: A VRMMO Adventure
By PancakesWitch
It has been several years since her husband passed away due to terminal cancer, and Elayne had yet to fully recover from such a tragic incident, especially her daughter, who over the years had stopped talking to her and had generated an invisible
Action Required