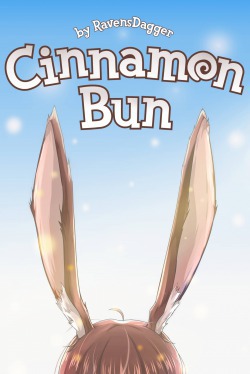 The world called out for a hero to purge it of a great evil. It received Broccoli Bunch, explorer, expert cleaner, occasional ghost-buster, and full time Cinnamon Bun.

Features include:
Talking enemies into becoming friends
Hugging menu boxes
Awesome overpowered skills (such as Cleaning, and Gardening)
And more adventure than you could shake a stick at!

Follow Broccoli on her personal quest to make all the friends. All of them. 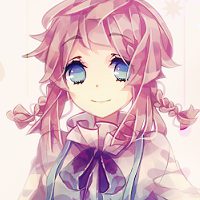 Imagine a six-year old getting launched into a whole new world of exploration. Except instead of a six-year old, it's a sixteen-year old.

Cinnamon Bun: A Wholesome LitRPG tells the magical tale of Broccoli Bunch, a highschool girl who goes on a journey through the great lands of Dirt (I kid you not, this is literally what it is named). The somewhat grim fantasy world is narrated through the coloured lens of our how-can-you-be-this-cute protagonist, whose primary goal isn't to explore dungeons, but to befriend virtually anything that breathes and virtually anything that doesn't. It leads to interesting interactions since protagonists usually are fine with hunting monsters, but Broc Bun would rather talk down the undead in an attempt to make friends.

BunBun's Wholesome Adventure thankfully has fleshed-out characters and realistic conversations/interactions, most of those with our beloved MC being big fluff big poof diabetes. How Broccoli interacts with others in the world is what makes this story this interesting. While I usually do not read these types of stories, it does restore my humanity to read this, remembering that not everyone is out for you and plans to mug you. If you aren't here for fluff, why are you here. Worldbuilding in this, well, world, is also great, where different races have different cultures and traditions. You'll see when you read it for yourself.

I think one thing that BBWA does well is that it avoids a major pitfall of namely, Japanese isekai slice-of-life novels. To me, stories tend to stagnate when they bombard my eyes a continuous stream of "cooking" fillers of very long-winded what's cooking, who's cooking, how's it cooking, how's it taste. Sprinkled about, and it can masterfully add another layer of worldbuilding and character development, but it is generally overused and bloated to the point of making readers like me apathetic. In the Rising of The Cinnamon Bun, the descriptions are present, but they are short and sweet and do not take up the entire chapter.

I came here for Type-3 Diabetes, not for a cooking show.

Personally, I think Broccolio Bunivanna is quite overpowered. Who needs so-called God-granted "cheat" powers when you can

do household chores better than anyone at a fraction of its time,

unknowingly weaponize a native tribe of plant-people in an effort to score brownie points with them,

Sometimes, I shudder at the greatness of our MC, especially since she is so kind, so cute, too adorable for this world. Some may say, " She's not a realistic MC because she's too nice and nobody is ever that nice." But when it is pointed out that she is actually Canadian, they will then say, " Oh, that makes perfect sense now."

All in all, 10/10 would fluff again. Looking forward to reading future chapters. Hail to the Cinnamon Bun, may her terrifying reign of friendship and cuddling people continue for a thousand lifetimes.

Rest in peace best-bard-bone-boy Bonesy. You will be dearly missed. God willing he passed the sobriety test on the way to Heaven. 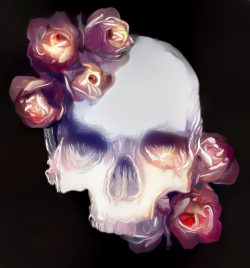 A wonderful sugary story about someone who wants to play not only the hero, but be nice and lovely to everyone they meet in this new world. Honestly this is how I would play most games if it was possible. We should all strive to be Broc. The story is told in first person, which I tend to dislike, but not in this case. This prose oozes the lovely chipper air of the main character, showing their personality in every sentence. No issues with grammar or flow, and the story is just wholesome. Basically imagine someone like Mabel from Gravity Falls playing an MMO. 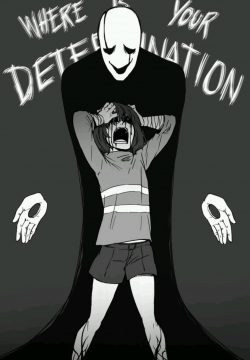 The most precious and cute story ever, especially considering the genre of leveling isekei~All comrades of the "cuteness is justice" cult assemble!!! 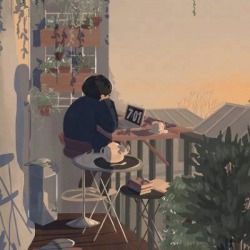 as far as I enjoy this,

broc and her harpy friends is cute. Dont expect yuri or girls love in this webnovel because our broc is always thinking straight (wanted a husband, live peacefully)

overall, this is quiet well written. The action, interaction, wholesomeness and other things. Its well written. So I would like to recommend this one too. Give it a try new reader.

Read most of this on amazon but it is a decent story.  I really like how it started out and became hooked.  It gets bogged down later on and in places it seems like each chapter has barely any plot advancement.

My biggest criticism would be having the first book with bunny ears but not having bun ears, even a headband until much later.  For a title that promises to be bun themed there is not a whole lot of bun stuff compared to vainquer for example where most everything screams dragon themed.

A delightful story that hits all of the elements of an interesting adventure without being dragged down in the drama and grimness you see in many other settings. It's a classic adventure done in a lighthearted way.

The characters are well-defined, interesting to watch, and stay consistent. They act like real people, who's fates I actually care about, and who gradually change over time. This might sound like a low bar to cross.. But it really isn't.

The setting itself is interesting, with a variety of races with their quirks well thought out. They aren't copies of humans with alien forehead ridges. There's history that's gradually developing, and the politics are realistic without being drawn out or dull.

The humor is.. Usually on point. The litrpg elements don't bog down things with a million skills, and the characters talk about them in a way that's sensible: people want to grind skills and plan out things ahead of time. The skills themselves, especially for the protagonist, are delightfully unexpected and come in handy in ways you might not expect.

As to not sound too in love with the work, there are a few nitpicks I have:

The overarching plot can be a little slow with all the side quests our heroes tend to go on and pile up. It's even lampshaded a couple times in story. A few jokes appear a little too often. And I hope some previously visited places appear again; so many really interesting characters are introduced only to be left behind a day or two later.

Overall, you're doing yourself a disservice if you don't give this story a chance. The author does a wonderful job and really deserves all the support they can get.

The story is generally fun, writting is good, and most characters are good. But the amount of plot armor, and unexplained skill (not the rpg kind) is just insane. After about chapter 100 it strongly affects the overall story, very negatively.

Enjoyable, relaxing and fun is how I would describe this novel.

Take a non-standard litrpg themed world, add in a bun and alot of puns and you get this novel, recommended.

P.s The audiobook version on audible is great as well. 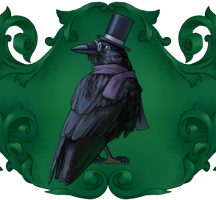 An Unbound Soul
By cathfach
When Peter suffers a too-close encounter with a truck, he finds himself reborn in another world. At first glance it is a perfect fantasy land. There’s magic to play with, elves singing in the forest and a hyperactive catgirl neighbour. There

My OP Group Chat System
By TheHaoboSpatula
No one liked me, I never had any friends. No matter how hard I tried, no matter what I was capable of, no one ever looked at me. The day I was killed by a truck, I wasn’t even sad. Suddenly, I was summoned to another world, a w

World Keeper
By karami92
Dale Mitchell, your average guy in a below-average job. But, what happens to him is anything but average. After hitting someone in his truck, his world was turned upside down, inside out, and more than fifty shades of grey. Now, he seems t
Action Required