He has returned to the past. And this time he will live up to his role as a young master, which he lost in the past.
He will use all the resources of his family to his advantage. He will cheat the world itself.
This is a harem and intrigue story, where he will get what he wants, he will build his own super hidden power and he will protect his loved one's this time.

P.S.
- I may be editing this novel continuously and some times will need to change some details to accommodate later chapters.
- I am publishing this on RR and WN, but the first release is always here.

I added a ko-fi account, so if you want faster chapters, consider a little donation, It would help me a lot.

For the first 125 chapters this is a fun if not cliche guilty pleasure, lots of faceslapping and a gratuitous harem, but the highs far outweigh the lows. Author kind of loses track of pacing sometimes but its never a major issue. Decent comedy, passable worldbuilding, fun character interactions. A solid 7/10.

One of the best story I read here. MC is smart and not beta like some of the other novels. MC will kill and control others for his goals, but is kind to his people. 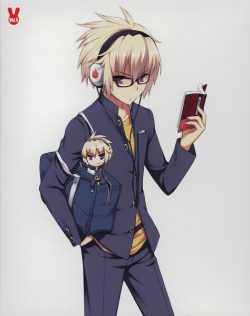 Edit: NVM, someone said as of more recent chapters, the author has rectified the issue... I'll give them a star back.

Edit: Author says they don't feel that it's NTR since

they intend to kill that one off later, just they want to have them stick around for a while, but this remains to be seen, as the story has yet to reach that point

Okay, firstly let me say, I enjoyed the story until 66-71. The MC is an a-hole, but nothing too horrific. The action scenes... are okay, and the story is interesting and kind of unique. It's also a harem (primary reason I checked this story out).

All that being said, if you enjoyed the prior story, and the below doesn't bother you... give it a try I guess? Just know that at the time of writing this review, the situation has yet to be resolved.

The MC has a fiancee, and due to family rules, he hasn't been able to do the dirty with any woman. His fiancee on the other hand... we come to find out she's been screwing someone who has been trying to kill the MC. And not once or twice. A lot. When that point comes up in the story, the MC rightfully asks to call off the engagement. He gets shot down and told to suck it up buttercup cuz family benefits. Considering they were promised to one another, regardless of their own personal consent, this is by definition, NTR. She was promised to him, and she went against that promise, ergo NTR. Worse still, the author said she would be doing more worse things later that would make us want to break our phones. Uhhhh, no thanks author, I'm not an M. I don't enjoy such feelings.

For those that made it thru my spoiler, for the author to try and invent another Rachel (Tower of God reference), it makes me genuinely concerned about the author's mental state. I'm not trying to be insulting, but are you actually okay author?

Adulterer gets to stay on as a lover candidate: -3 stars

Author claims NTR isn't real, and will be fixed later: +1 star, while it's pending, if it actually gets fixed, +2 stars at minimum

Final review: 4 stars, NTR was supposed fixed as of around ch 130

There are some reviewers claiming that there is NTR and giving it low rating because of it. I suppose they really did not think it through properly. In his previous life, the protagonist got her killed and it is very likely he plans to do the same in this one. So if he has no interest in the woman, does not treat her as a love interest, will never sleep with her and will successfully get her killed, do you still call it NTR. Just because he has an arranged marriage being pushed on him does not mean that it will happen as he knows how to deal with his grandma. Just my 5 cents as a reader.

The fact that there are no super challenging rivals to fight against is a valid point. Whether it stays like that or will change in the future is still uncertain.

a very good novel, though there some glaring flaw at the beginning. Also, you can ignore above NTR warning, coz I dont think it's an NTR if the girl not someone loved by MC.

Decent novel at first but way too many arrogant young masters for my taste there's like almost one for every chapter in the latest chapters the author is clearly getting lazy and reusing plotlines again and again no different than those garbage cultivation novels.

The rate at which the female characters get harassed and saved is greater than the number of chapters at this point what sort of hellscape is this where every single man in this novel is a deranged rapist who will stop at nothing in order to rape everything with two legs.

The author has such a bad hero complex that if his MC doesn't save a fair maiden every chapter he goes into anaphylactic shock and dies. Or maybe he's at gun point where if he doesn't reuse the exact same plotlines every chapter he'll spontaneously explode or something. 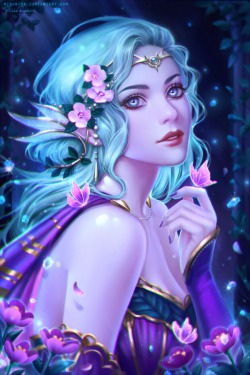 Really enjoyable story so far. It is in the same vein as most isekai/transmigration/reincarnation stories but shadows run deeper here.

The MC is sent back in time to his childhood in order to right the wrongs his family committed against him as well as save them and himself from a harsh fate that awaits.

So far he hits the right notes as a cunning old monster who has seen hell and is back to avenge and reshape. It is still early days but he's off to a solid start with both his schemes, strength, and lechery.

I'm a sucker for a cunning strategist who wrecks his enemies before they even know they were blind before Mount Tai. 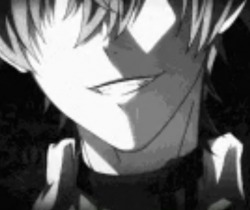 Tldr Really enjoyed this. Lots of good elements + will keep you thoroughly entertained. Give it a go!

Firstly, About the "NTR": If I had read the Serphim review before starting this I might've skipped over this gem. I won't go into details about the definition of NTR, but author sets the financee up in such a way that when you find out

she's cheating with his cousin or some other scum

[collapse]
it's not very surprising honestly. The reaction he acted out for his dad in ch71 makes it seem he took the situation badly but as you read on, author states clear plans which you'll be happy w/. At the end of the day, she cheated on him in the last life, and in this life she'll get her due for both lives I guess? I do want to point out I obviously don't like this, and would've been for 'a change of heart' or preemptive waste disposal, but it's the route author chose and I trust them to make the best of the situation.

From a certain perspective, The story is quite event-heavy and can sometimes be overwhelming when you just want MC to have a time skip to build strength or chill w/ harem, but I personally have quite liked the pace. I just hope the author has planned out the plot wayyy ahead of the current ch because the way the story is written, past events should/would probably be relevant later on.

In terms of control, it's a regression so MC is pretty much in control of his fate. Yes the family makes things hard for him but he's just fresh out the womb as a player so he's not very important. And I quite like when he's thrown under the bus because it's more fun to read about him scheming his way out of the situation he's in than to read about his family being

stable despite the entire family being infiltrated

MC: Not really a big fan of his pervertedness but when he uses it to his advantage to act like an arrogant young master it can be very satisfying.

Neither a fan of huge harems-

only really like Lily and Margaret. Lily needs some more work on her character because she's quickly fading to the back of my mind. Despite Margaret's past, her character just interest me more than the twins and well all those other auction victims etc etc. Alpha is a good shout but need more development that way. Aria was somewhat interesting, but again, need more development.


The women aren't useless trophies, they get stuff done even when MC is not present which is a plus.

Overall, while it doesn't have perfect grammar, and some things I'm not a fan of, I expected to be entertained, and it has surpassed my expectations so an easy 5*s. Update stability: one of the fastest of my reading list so +++. He has polls once in a while and edits old chapters when required/listens to feedback/reads comments (even when some can be demotivating). 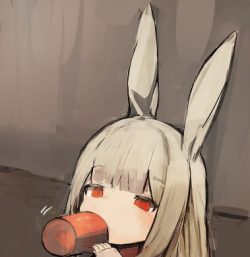 Smart, cunning MC, who knew what he want.

No stupid things like "I travelled n years to the past and now I'm a stupid teenager again!".

Quite good, enjoyable, and refreshing 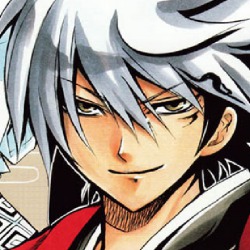 NeoRealm – Staring Back Into the Future
By Akhier
The only places I have posted the story and allow it to exist are on RoyalRoad, Scribblehub, and my Patreon. Jason has just turned 18 and will be finally be able to play The biggest VR game out there, NeoRealm. Using a bit of knowledge from
Action Required