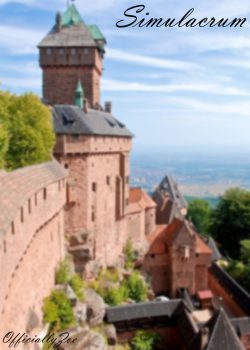 Herik Wagner von Harburg had sworn his life to the service of the Crown... Until he was betrayed.

Framed for a crime he did not commit, robbed of his name, his status, and even his very body, he must now endure constant humiliation in a new, unknown role.

Will he find a way to make things go back to the way they were?

Will she want to?

Author's note: as a general heads up, this story is intended for mature audiences, and will contain instances of emotional, physical, and sexual abuse; whenever a chapter merits a specific content warning, I will put one up.

It's a very well written story, with believeable and likeable characters, each of whom are distinct from one another, and charming in their own right.

I do wish the author had focused more on the main character's decision to abide by his oath. It's evident the MC feels bound by their honor... but the degree that they restrict themselves feels almost unbelievable. Even by the end, they only allow themselves to do the right thing because the oath on them is released (an external factor) which... doesn't necessarily show the growth i'd hoped for.

I think I would have appreciated it more if a more concrete reason had been given for their insistence (even a monologue about how their oath plays a part of their identity would have worked), or if they had more self-growth.

All this said, I did give this story 5 stars because I love how it's written

Lots of heavy topics and lots of self reflection by the main lead. It was well written and the characters were properly fleshed out. Thumbs up to the author. 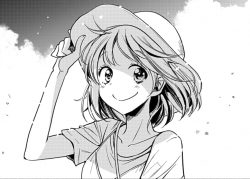 Employees Only
By PurpleCatGirl
It was the summer I turned sixteen, and I wasn’t looking for a job or a friend. Then one wrong turn led me to both. And through them, I learned the most important thing a person can ever know: Who you really are. This is the fourth in

awake
By Denebola
A teen wakes up one morning to find themselves in a world exactly like their own, except for one difference—they were born a girl instead. Various emotions ensue. Expect angsty trans feels and sappy gay fluff.
Action Required