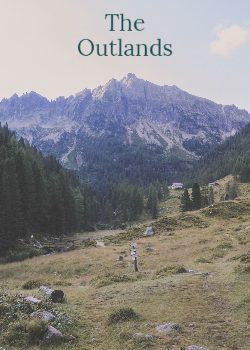 Thomas was your bog-standard high-school kid; approaching the end of his senior year, he wasn't quite sure what he wanted to go into in college, but that was fine, he had time.

Well, perhaps not as bog-standard as all that; his parents died around his tenth birthday in a tragic plane crash, and he was taken in by the grandfather of his childhood friend, Ellie, whose parents had died in that very same crash. There was something...different about the grandfather, more specifically his occupation - despite living in the middle of nowhere with nothing of import within miles, he somehow had some incredibly confidential job that neither Thomas nor Ellie knew anything about.

Until shortly after Ellie's eighteenth birthday, that is. The grandfather took them to a fantastic world known as The Outlands, where he revealed that he was the head of the Freelancer's Guild, and made preparations to show the two the ropes of freelancing.

But...when their stats were measured, things took yet another turn. In a monumental coincidence, it turned out that Ellie had the best stat growths possible, immediately marking her for stardom, while Thomas had the worst possible. Such misfortune would usually mean that he was wholly unsuitable for the business, but...the Goddess of Fortune had seen his bad luck and took pity on him, granting him her strongest blessing.

And, thanks to that blessing, he soon found himself on a path of great change, both for himself, and the world as a whole...

Currently in the process of being posted to Royal Road as well.

If you want to be notified as soon as I release a new chapter, check out my Discord: https://discord.gg/5TuC5ju

If you like OP protagonists in a litrpg world, this protag may be too OP for you!  (All the while complaining about how weak they are)

I can't anymore, I tried.  The slice of life stuff was decent but as it started move more and more into action/rpg stuff... well the MC just kept getting more and more cheats/blessings and the already low tension of danger just kind of petered out into boredom.

Honestly it sort of became like watching a streamer playing a game with a bunch of cheats turned on walking through a game and pressing 'A' once in a while.

I am really enjoying this book and thought I would try my hand at a review. It is very well written with VERY few grammar mistakes, so you won't have that issue pulling you from the story as you puzzle over the mistakes.

The story at this point in time is mostly Slice of Life (IMO) that is slowly moving into a little more action/adventure. The pacing feels good for this type of story as well. For me, it has a good balance of LitRPG tables in it, though I do wish for an updated stats table for Tess and Ellie. So far beyond the first time we saw them, all we see are skills they have acquired. The interactions and relationships between the characters feels real and not forced.

Anywho, give it a read!

The Saga Of Slug
By Lulla
After living a terrible life and dying to literal heart break, I got reincarnated as a slug?! Well, whatever. This time, I’ll do what I want and have fun while doing it. Happiness is mine for the taking! Come with me on a journey in a fanta

Falling Over
By QuietValerie
Coby was once again forced to go to a college party by his best friend Brook. He hadn’t been counting on much happening, he was an anxious nerd after all, but waking up in his friend’s bed as a gorgeous girl was pretty damn far out of

awake
By Denebola
A teen wakes up one morning to find themselves in a world exactly like their own, except for one difference—they were born a girl instead. Various emotions ensue. Expect angsty trans feels and sappy gay fluff.

The New Chimera
By Fighterman481
Lucas was your average college student until he stumbled into possession of a djinn’s lamp. A few wishes later he finds that not only has he become (potentially) one of the most powerful beings in existence, he’s found a new side to th
Action Required