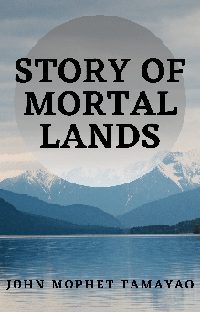 Sarah was the young miss of one of the strongest clan in the land. Ben was a sunny kid, despite his only family was his brother. Jed, a kid with a mysterious past, was alone in the entire world.

And now their lives converged.

How will they face all the dangers and threats on their paths?
Who will they believe? The hateful race that has been their enemy since memorial? The race that reclused themselves and agenda unknown? Or their own, who salivated for power and authority?
Will they have the heart to struggle and fight for the right thing?

Sarah looked at the bodies beside her. Both had glitters on their eyes. She let out an ivory grin and peered upward. They felt alone, sandwiched by the virgin earth and the vast heavens. Silence accompanied them, except for the bards of bugs. The grasses tickled their backs and their smiles blossomed like flowers. Three pair of arms reached out to the starry horizon.

This is their journey.

Hello guys! This is my first time writing a work and then publish it in a platform. This story is a slow start; the problems didn't crop out until later. So can you please bear with it? But don't worry, the story started to pace faster after Chapter 10.
***My writing blog --> https://maluphetnovels.blogspot.com/