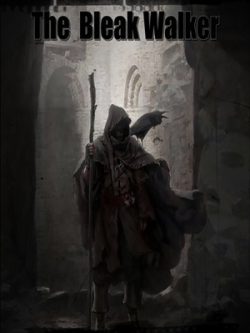 BOOK 2: The Hearts of Steel
The Tower of Nimrod looms and covers four cities; a symbol of arrogance for the inhabitants of the Mesial Continent; a continent where the many races gathered, yet speaking a single language. The Bleak Walker found himself in this new world where the threat of darkness is not present; however, forces of chaos gather, intending to break the tower that symbolize the unity of all.
This is the tale of the fallen.

BOOK 4: A Moment of Silence
A vast ocean before him and an island that seems so still compared to the rest. Far from home, Nolan found himself living with a young man named Arel who owns a farm in an island sitting on an ocean. This is the tale of a man who found the happy ending of a world that was truly saved. The tale of a Transmigrator and a Reincarnator... 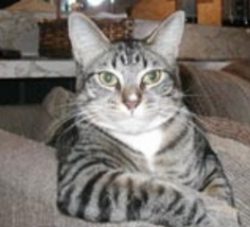 Pro
- The romance is very tragic but cute, and well developed.
- MC is a broken man, but not the juvenile way going angsty and cringy, he stays a good person.
- Characters are developed outside of MC.
- The timeloop is very good as an underused idea. Even if here it's more about parallel timelines than timeloops.
- Long story, I like long stories.

Con
- Confusing chapters, not only because we have abrupt change of timelines, but even of character pov without sometimes even naming who it is. There is no reason for that, it's headache inducing for nothing.
- The long chapters of introspection from MC while he pities himself endlessly. It's good to have non action chapters, but sometimes it's way too much.
- How magic and the sigils work aren't explained, in fact, there is paradoxically a lack of explanation on the systems.
- Same thing for the world, adding to the confusion : I guess a map would have been way better.

Initially I loved this story. Beyond the strange grammar at times that made me believe this person hadn't learned English as a native tongue, it was just.... new and enjoyable.

However, over time I lost interest in it. And while my reason is pure bias, I genuinely grow tired of authors doing it. Multiple timelines. Time travel. I hate it. It doesn't add anything to the story, it makes it confusing. And while I could keep up with it, I'm just not a fan of it in general. I find it a hindrance more than an asset.

And most often, the author's using it, aren't even capable of using it properly. The author of this fic is better at attempting then most, but still not capable enough that I think he/she should be incorporating it. Going back to the past at the beginning, thats where the timeline shenanigans should have ended.

But no, it only got worse. By the time I finally quit, the MC had traversed three different timelines for various reasons or another and I was just tired of it even before then and was hoping it would quit. But it seems the author is making this a permanent and continuous aspect of his tale. I hate it. I loathe it. I'm dropping this story because of it.

It was a good story initially. But I just don't feel like the author is good enough to be incorporating time travel. Even professional's to me, screw it up. This story didn't need it and by using it, the author pretty much made several amazing plot devices and ide characters effectively useless, and introduced far weaker characters as replacements.

The story uses a variety of metaphors to describe the events surrounding the protagonist. If you enjoy novels with a bit of mystique to the writing with generous yet simple detail this book might just be great for you. The beginning definitely pulls you in, though it can be a hit or miss with the direction it first pulls you through, you'll see what I mean if you read it yourself. Definitely a ride to enjoy.

This is a really entertaining read, but I’m being spoiled by the release pace, feed me moar pls.

the story at the beginning was very good and continued with a high quality but with the passing of the chapters the plots can be seen the difficulty of reading due to monologues covering various chapters that is repetitive and the difficulty of showing how that world works and an explanation to the powers other than that I don't see any major problems this was the best story I've ever seen being written by an amateur on these sites with care without haste and unnecessary appeal was well written has its problems but it is a really well done work. (After all the quality of amateur novels are always quite questionable that sometimes do not even describe the character and his characteristics and there are many drastic changes in personality) I hope that the author will improve his failures in future writing a great quality of him would be the story narrative which immerses you in that background, the first arc was very good as we don't worry so much about the powers and other things I wish the author good luck in future writings to see a real commitment in this story.

Reading this novel made you suffer, just like the MC who is suffering constantly,...... But heres the catch, what do you expect when you read a novel titled Bleak Walker?

I am truly enjoyed this novel which trample all my hate on anime tropes, it made me wish for MC happiness more than any other suffering MC that I know.

The story is very well made and intricate. The main character isn't powerful or lucky. He tries his best to struggle against fate. The story is quite gloomy but the world is very interesting and the mysteries are intriguing. The writing is very well done with only a few typos

The story is pretty good but the it sometimes get confusing, theres also some grammatical problems but you could just ignore that, I've read this from start to finish and I can only describe everything as a roller coaster of... emotions. Yes emotions, you will like the heroine at first then hate her then like her and so on.. shes a psycho

When I started reading this, I thought it would be your typical time loop/travel story where the protagonist would go back in time and solve all the problems. But then as chapters go on, I came to realize that it was not. Beneath the single-minded 'love' lies a toxic relationship between two people who are too stubborn for their own good. I admit that I was so lost after the end of book 1. Evidently, I choose to keep reading (despite the grammar that really needs editing) because I really like how the main protagonist and heroine have become bitter rival destined to be enemies, unable to have their happy endings.  As for the other characters, don't expect anything from the side characters because most of the time the author focuses on the fragments of the flawed hero and heroine rather than the rest. It's a tiring read. But nonetheless a ride so far.

I've read this series thinking I'd find a simple tale of an anti-hero and her lover. Then time travel came in. Multiple timelines and lives jumping to and fro. Then time fragments entered. Multiple gods and goddesses frolicking about. What else? Oh right multiple realms in different time periods connected to the previous realm. It became such a gigantic clusterf**k that myself and I'm sure multiple people are still trying to unravel.

At some point I just gave up theorizing and just rolled with the author's gradual reveal of events and characters. The only thing constant is the presence of the two main characters. Others just exist to butter up the two's eventual reunion or reveal more of their relationship. It's not a bad thing to me. But for those trying to find meaningful world building and character development of side characters then prepare to throw those expectations out the door since this author likes resets of both his worlds and the characters. Their relationship is very complicated. It starts out as pure and devoted but turns more toxic and obsessive as more and more details are revealed.

What is insanity? This novel is. It does change subtly every time but the change made may or may not be for everyone and even then is subject to change. I'm insane too in the sense that I always come back for more since the author always knows how to leave his readers hanging or reeling in confusion.

Rotten Purity: A MHA Fanfic
By C.Sunlight
(Villain Deku; My Hero Academia Fanfic) Think to yourself, just this one little question- “What if the Sludge Villain never got away?” (When a bottle doesn’t drop to the floor, a world is changed forevermore)

Cultivation Done Right
By Rustpen
[DISCONTINUED; REWRITTEN] After his universe is accidentally destroyed, a young man gets sent to a parallel universe that seems awfully familiar to those of the cultivation novels he used to read. Faced with the possibility of omnipotence, his inn

IAN
By Fox99
Welcome to a world where age and gender have no meaning. Whether your young or old they will torture and kill you if you’re different. If you’re powerful, they will rob you any way they can. No matter how broken, crue
Action Required