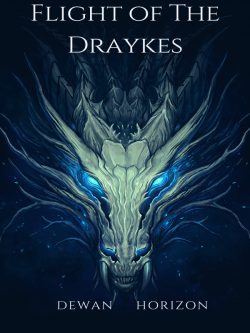 Welcome to the Flight of the Draykes. This novel is a System-based sword and magic Western Fantasy with elements of gamelit (Dungeons) and eastern cultivation (The system).

Genre: Fantasy, Historical, Action, Adventure, and a sprinkle of Romance with Comedy.

Pacing: Slow at first till chapter 30 before becoming a rollercoaster.

Known Issues: Ages of the Protagonist and allies at the start.

NOTE: THE AGES IN THIS NOVEL ARE NOT REPRESENTATIVE OF THEIR ACTUAL MATURITY. THEY ARE PROTEANS, NOT HUMANS. Also, if you're looking for smut, this novel isn't for you. Not in the slightest.

On a fewer caps note: The age maturity thing is integral to the plot and it will be explained rationally as the books go along. You are free to guess why that is.

Book 1 presents to you the world of Protos.

Protos is the land of the blessed. Its inhabitants are of many races, but most of them have diminished in the long wars against the beasts that also inhabit Protos.

This has led to humanity becoming the dominant species and eventually, all other races, including the beasts, have been banished to pockets of land where they survive on meager existences.

However, Protos was destined not to be peaceful as the inhabitants could only fight off the beasts with the help of warforce. A bloodline system that allows them to activate their war potential and battle fiercely.

Now, with the beasts defeated and the other races diminished, humanity - having no common foe to fight turned upon itself, for war was in their blood and they again shed their blood in rivers.

As the years passed, kingdoms and empires rose and fell and eventually stabilized into an uneasy peace until - 300 years ago, the world went through yet another change.

A change where the wielders of warforce now possessed additional powers that had been lost for millennia. These powers changed the face of war again and conflict, which was dying down, reignited madly.

In this world was born Faustus Drayke, Scion of House Drayke - which, in turn, was the frontier protector of The Kingdom of Leon.

Fate decreed him to be unimportant.

His Destiny and the desperate prophecy of a powerless girl decreed that he will be an immortal.

Set in the backdrop of betrayal, honor, and loyalty - Follow the tale of Faustus Drayke as he forges his destiny and becomes an immortal.

For himself, he has to fulfill the prophecy.

For the world, he better fulfill the prophecy.

The inspiration for this book came from Smoke is a Path's TotRL - which has unfortunately been discontinued.

I have no interest in finishing others' stories, but I love creating my own. So I took inspiration from TotRL and I created this vast original overreaching world of over 20 books, with each book being around 200 chapters.

Expect the full story to be close to 4000 chapters.

If you like this series, please do support me by leaving reviews that help me improve my writing, comments that inspire me to keep writing harder, and ratings that allow this series to be seen by more people.

Thank you very much and cheers all!

All the way up to chapter 52, this was shaping up to be a really good novel, with great characters, a good plot, and a very nicely fleshed-out backstory.

Chapters 53 to 74 however, for me, is simply MC getting overdosed on drugs and landing in hippy-land

chapter 89 was supposed to be MC's comeback, but

he fainted for the second time

[collapse]
for an unknown reason, and then the conversation basically got picked up from before that happened, making it basically pointless, and if it's not, then that would mean another mystery, and I'm just done with the mysteries. The plot now is so convoluted that I just can't be bothered to remember it, especially if what happened in hippy-land is canon

Has good potential, but too slow. 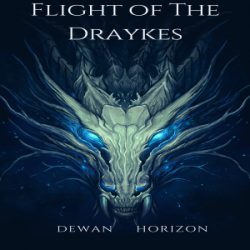 Omniarch
By AkioHisashi
Alfred, the world’s greatest scientist and innovator, was backstabbed and fell to his untimely demise. He was on top of the world before his death, everything was at his fingertips. His reckless spending could have changed entire economies a