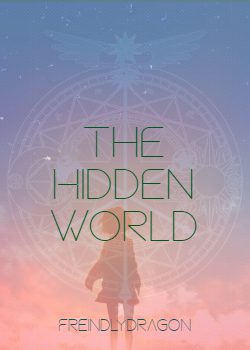 A child traumatized at a young age. An emotionally dead teen now. A youth who has no future, always aiming for mediocrity to stay in the shadows. Entering high school, the child discovers the power that laid within and is dragged into the world not seen by humans. A world of magic. A world of monsters. And potentially a world of new beginnings.

It's not terrible but it's also not good. The story really lacks depth and the characters are all very boring and 2D except for the computer the MC created. A lot of characters aren't even described at all, you just get a name and that's it.

The MC is described as lacking emotions but somehow still gets annoyed at people. Later on around chapter 58 the author completely abandoned the emotionless characteristic and has the MC become more emotional and talks a lot more. Literally a single chapter, you would have a couple of lines coming from the MC with just some basic answers like yes, no, or ok. Now he's talking and making conversation and joking around?

I still don't understand the 'Girls Love' and 'Gender Bender' tag. The author also seems to be trying to force the idea that the MC could be a different gender. I'm honestly very confused, he identifies as a male but looks like a female but when someone thought he was a female he 'corrected' them by telling them his gender is other. I am so lost at this point. I'm beginning to doubt whether or not the author truly knows their own characters gender.

For those looking for GB or GL, those tags have not been implemented (at least in a clear way) in MC as of ch.206 but the Author promises that they will come somewhere in the future.

This novel is one of those where you can see the Author get better and better as the story progresses and as such I would recommend that the Author rewrites the first 10-20 chapters (chapters before the "death") as those kept me from reading this story for like half a year, but I recently took another look and it got a lot better after I pushed myself to read past those.

What I like about this story is that while the MC looks like a girl (IT'S A TRAP) he makes it an advantage rather than whining about it and also that MC is strong (maybe a thad bit too strong on some points), but also have a lot of things that he can't do, so that you don't get a pic that the MC should just dump other people and do everything himself. Another point is that the "bad guys" are given some background so that they arent just "I-am-the-bad-guy-so-I-do-evil-things" (well except the few in the chapters I'd like the Author to rewrite).

Well this became a lot longer than I thought, but anyhow good job Author and I hope that you keep it up for a long time to come. 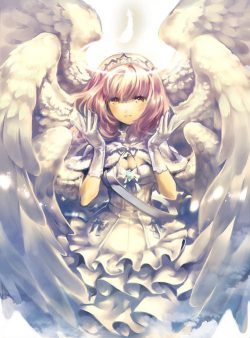 I love this story, love it very much.

well, one thing that bothered me. Why are there GB and GL tags there?

Ah, I understand the first, but not for the second. Can someone explain it to me.

doesn't the MC only have the appearance of a girl? So far, I have not found anything that changed the MC's gender. Except for his appearance. 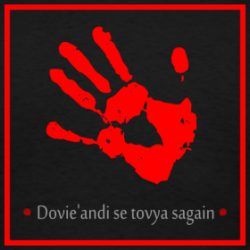 I am loving this book so far.  I can't wait to find out the MC's back story! 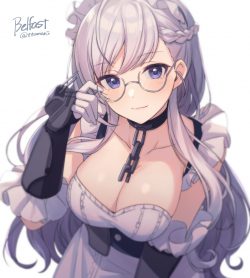 Love this book. Looking forward how the other girls melts the heart of our emotionless MC.

But what I get is Trap MC not a Ganderbander, Always getting bullied because have Girly face and Voice, MC always Act alone, rarely talk with Girl like he not interested with girl, I can't not understand what MC ambition or target he true want...

Bcoz im tired waiting for romance and harem, I drop this novel at Chapter 50

Love the story. Definitely one of my favorites on this site. But the GB/GL/Poly-Tags are slightly confusing because it's very slow burn (reeaaaly slow) and even when they are here the moments are spread thin throughout the story.

To give a perspective to these things. The Gender Bender becomes clear in chapter 220. The Girls Love like 10 chapters after. Poly then around chapter 290, but it didn't really get explored actively. Meaning there's not been a real romantic interaction been ongoing between more then 2 people at the same time.

So the story focuses most of the time on other conflicts, that are really interesting by itself, but the romace is never really absent.

Another small warning are the first twentyish chapters, which are not really like the rest of the story. So my recommendation is to read a little bit further (like to chapter 40 or something) before you give up (if you'd even want to by then).

All together it's a wonderful fantasy story with sparkles of a really slow burning romance.

A good read with some decently well written characters, powerful MC (who's a trap, which I have a soft spot for) who's not a "super duper powerful, I defeat everyone I meet type." Which is nice

Maybe it's just me but it's starting to get pretty cheesy. Still not bad, but it's hard for my interest to not wane.

A personal note: Absolutely loved this! My only regret is that I only noticed the little heart buttons on the chapters some three quarters of the way through.

I'll start with the bits that need some polish; over the course of the story there are a number of places where you can tell the author originally planned to write something more but didn't, for whatever reason. The author did address this, though, in the post-epilogue author's note: consider this a (well written) draft, with all the messy edges that accompany these things.

Other than that, there really aren't any major issues. The system (yes, there was one—it's not in the tags because it's a fairly minor factor) just sort of gets written off at a certain point, which was honestly fine—what I enjoyed of the story was the interactions between the characters and the plots and operations they carry out. The magic and powers of the story are simply woven into the fabric of the characters' lives. My feeling is that this could have been rewritten fairly easily in a high-tech no/low-magic world without really losing anything essential. It provides the substrate for the plot, but it's not particularly pivotal for said plot.

Grammar was quite good overall. Occasional spelling mistake, but dialogue was fluid. MC uses JP honorific suffixes are used in the first handful of chapters but not beyond that, if you dislike that sort of thing.

The romance is fairly slow, only really starting to pick up in the late 100s/early 200s (for the MC at least), although you see hints of it much earlier, which is also when the MC's emotionality starts to come through and the 'Gender Bender' tag actually becomes relevant—I only mention that last particularity because some people seem to complain about it, perhaps due to an assumption/expectation of the right-off-the-bat, unelaborated, glossed-over, skin-deep treatment thereof commonly seen in other novels. Understandable, but let the work stand on its own feet. It was an interesting way of doing things on the author's part, and one that I very much enjoyed.

Harem is rather nicely done, built upon attraction, emotion, & interaction over a number of years. Members are more or less in the same power/potential category, though MC is a bit of an exception but that's the normal expectation. No weird and troubling dependency fantasies here (as far as I can see, at least) —just some confused women liking women.

Main character is mature (somewhat oblivious to romance due to backstory, but that changes over time), morally grey, and falls much more into the role of kingbreaker than kingmaker or ruler.

One of the fairly small number of harem novels I've actually found that's worth reading, and also one of the few that plays with gender in such a way that I've actually enjoyed.

I have no idea if it was intentional or not but it has a great trans narrative, the emotions of discovering yourself and what your comfortable as re really well written, over all the story structure can be a little all over the place but the character interactions are fun, I highly recommend this to others. 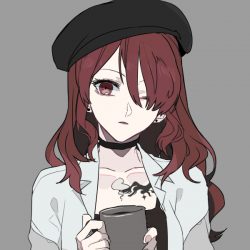 Soul Flames
By mogust
The demon king has been defeated, and a devastating war averted. The kingdom of Avaraline is on the slow road to recovery with Alysia at the helm. Velvet sleeps, wrapped in magical crystal, Myne inactive, unwilling to do anything without he

Unsightly Gluttony
By Kekw
“I’m cold and hungry.” That single thought of hers ignited the beginning. The beginning of what, you ask? Haha, how innocent. She was great— No, no, no, that was an insult to the utter majesty she possesses. She is perfection

Dawn Weaver – A tale of Dragon Riders
By mogust
An ancient evil stirs in the kingdom of Avaraline, and the fate of all life in a world blessed by magic hangs in the balance. The Guilds and Clans, who hold the power of the lands, are ill equipped to deal with the unknown threat, with corruption

The Witches of Floroma – The Witches Curse
By Emi_the_Fairy
Gilbert is a young prince of the Kingdom of Luxur who has long been known as the kingdom’s ‘Pretty Prince.’ His nickname begins to take on a whole new meaning as strange things begin to occur to his body as his life is thrown into turmoil. In orde
Action Required