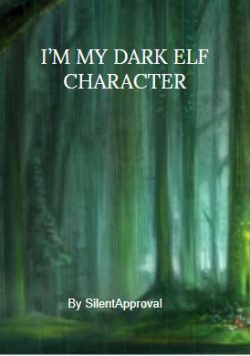 Who thought after just falling asleep you would suddenly be transported to another world in the body of your game character? A common occurrence in manga and novels but for our protagonist here, it happens to him. Lucky bastard! Now in the extremely attractive body of his stupidly overpowered game character, he, or she now, tries to find a way to live without completely breaking everything. Unfortunately for him, while playing the game, the role of villain was role-played and all the events in the game have carried over to this world meaning everyone and everything under the sun fears her more than anything else ever could.

Wait? What was that? He/She isn't alone in this world? What do you mean there's additional reincarnators and transmigrators joining her? A immature author, the elf obsessed summoned hero, and more individuals from different realities. Looks like trouble is inevitable.

This novel suffers from inconsistency, a lack of characterization, a lack of setting, and a lack of tension. There is also problems with grammar, punctuation, and diction, but that is less of a turnoff than the four issues I personally found with the novel.

First is the wildly inconsistent power scaling. Four level 200s managed to give a level 7000 trouble? And then the next scene, the level 7000 easily disabled two level 200s before they're able to react? Honestly, for someone who is that high level, she's not crushing enemies as easily as I thought.

Compare with Wild Last Boss. Ruphas is level 1000 and an enemy is 30. She could sneeze on him and he'd die.
Compare with Overlord, where he fights against a lvl 5 or something. He could sneeze on him and he's die, even though he's a mage.
Compare with literally any other game where if a max level, max geared character fights against someone with a huge level gap. All you'll see is a bunch of misses and 0 damage hits while the high level just stands there, and the fight ends with one right click and an auto attack. No effort expended.
Meanwhile, in this novel, I quote: "However, their attacks are consistent enough to make it hard to get a chance to attack back despite how fast she is." A level 7000 having trouble against a bunch of lvl 200s.

The main character has almost no characterization in the first eight chapters. He's one of the most nonchalant summoned people I've ever seen, and frankly that's immersion-breaking and unrealistic. He didn't even react! The first eight chapters were just action scenes after action scenes with almost no introspection for a character that literally had their world turned upside down a few hours or days ago.

Speaking of world, Overlord started out with a detailed description of Yggdrasia and the memories Ainz had. Why the world was so important. Why we readers should care about it. Ainz was relatable because all his friends left the game, leaving him alone. He recounted the glory days of his guild and how it all toppled down despite his best efforts. It made the readers feel for him.

This novel just dropped a bunch names like "The Child of Chaos, " a bunch of virtual characters that died when the game itself turned against the MC or something. We also have no idea what the game was like.

Part of what makes Wild Last Boss interesting is the unknown aspect of the world introduced early on in the form of Dina that nags at the reader and make them want to continue and find out what goes on. That's tension.

What makes Overlord interesting is the excellent prose and descriptions... and the inner thoughts! of the main character. That's tension. There is also the vivid reactions of the characters that oppose Ainz that lets you relate to their fears. That's tension.

This novel has no tension.

It has none of what makes the novels it draws inspiration upon tick while only grabbing the most base aspect-- OP MC. If the novel does ultimately get better and displays its own take on the OP MC genre, it's unfortunate that I won't be there to see it.

Usual tropes (which I like) written in an ngaging and refreshing manner.

If you like isekai, you're going to enjoy this. The characters are fun and believable, the action is well written, the rpg elements are above average and so far the plot has been interesting.

The only reasons it's not getting 5 stars are that there needs to be more of it. I look forward to giving it that 5th star 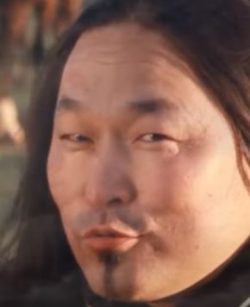 Tragic Heroine
By Yarny
Larry Chrysler, your friendly neighborhood college student with a slight addiction to light novels, falls into the deepest, darkest pits of despair when the female lead of his favorite series gruesomely dies in a shocking twist. It’s

Unique World
By jonnyboy0719
Clay has been playing his favourite VR sandbox game for nearly 20 years. It was a really believable world where even the NPC’s acted as if they where real, which peaked Clay’s interest in the game. But that was not the only reaso

Whispers of a Dead Empire
By Raizia
If you were given a chance to leave Earth, would you take it? Would you leave behind everything you have known for a chance at a different life? What if that life was something that you weren’t expecting nor prepared for? These are the quest
Action Required