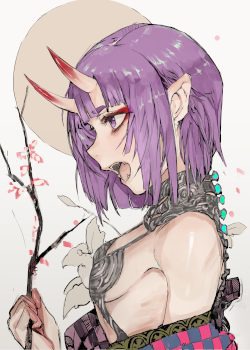 A bored demoness - Violet Indigo - makes a deal with {The Smiling Black Cat} to embrace a new chance of life as a regular little oni girl back in the mortal realm... Unfortunately for the realm this girl goes by a name feared by almost all - Violent.

This story will follow a certain {Roaming World Boss} as she experiences life once again in a far different world than it was when she initially was born. Being a girl who doesn't focus on others and does what she wants to do - though getting a 'tad angry' when things don't go right - she ends up experiencing what can only be called an wild life.

Only made more wild by her race as an Oni being discriminated against for being the only race with neither qi nor mana - being anomalies of insane physical ability, however. They weren't 'strength cultivators' though and neither did they pretend to be which only caused more trouble for them as a minority - being heavily damaged in number after the {Second Great War} where they acted as vanguard to pull the gods down for their thrones (more in actual story).

This all not being helped by being a traditional matriarchy; built around women using their strength to 'coerce' their men and each other; in a place where patriarchy was standard.

Violence speaks and nobody is better at being Violent than Violet.

Let me get this straight, this story will be kinky with giant Oni perni being plentiful and what follows with that. Other than that there may be some more stuff so consider yourself warned.

I'm going to go ahead and say it but I love Violet and made this story primarily just because I want to write more with her in a way I simply couldn't in the other two novels. Can't just have her be around all the time because then everything would just end with a punch...

I'm open to idea's about possible plot points and such as I plan to... Well plan less I guess? Just have Violet experience things with no real greater goal than to 'experience'. I truly think that, although she's Violent, Violet is a very lovable character that is just a little cutie I can't help but appreciate.

She doesn't talk much but I have a feeling I needn't explain much on that as it won't take long to figure her out - she's not dumb but just prefers to keep things simple and avoiding what she sees as 'pointless'. This can also lead to her getting wrathful when people get in the way but doesn't discard those who really care for her and is regretful when she hurts someone she doesn't mean to. This section wasn't meant to be about me gushing but telling you guys you can recommend tags and plot points but yea!

I plan to make this a Saturday release I hope everyone enjoys!

(PS. I plan to speed run child life so yea)

Sorry but no real fix for that.

If you want to borrow/use my characters or world I don't mind as long as you hit me in pms so we can get the details down accurately!

Crossovers are a bit of a long term wish of mine tbh. 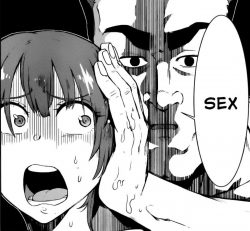 Unique World
By jonnyboy0719
Clay has been playing his favourite VR sandbox game for nearly 20 years. It was a really believable world where even the NPC’s acted as if they where real, which peaked Clay’s interest in the game. But that was not the only reaso
Action Required