I'm using a different laptop and keyboard so don't laugh at my terrible writing, anyways here's the description.

Damian Art... a teenager from a small city, he lives a normal life style and his grades are all average, however, the game he's playing is made by a certain individual, Neil...

he knew the guy, from time to time Neil would suddenly appear in his house and send him money and a few games, the first time he met him was seven years ago.

although they were not actually friends Damian liked his company, when he tried to repay his dept to Neil he would respond by saying "there's no need for that" and he would refuse the money that was being given to him.

every time Damian would say something like "that's how the world works" or "what can I do?" he would chuckle and look at something and sigh, then he would respond with "what if you can?" Damian then remembered the last thing that Neil said before he never returned.

and after seven years have passed Damian received a gift from Neil, there was a letter attached to the small gift that said "lets see if your as good as playing games like as you said you are..."

"you are under my protection, no other God can harm you, play... play to your hearts content, you will live, FOREVER" 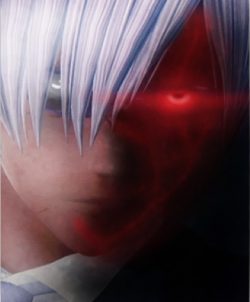