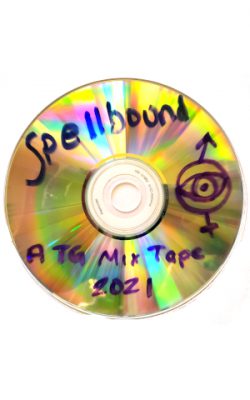 Magic is all around us. We just have been blinded to it by technology and everyday modern life. The magic didn’t go away. Many times it’s tucked away in objects scattered across the history of the world. What if unsuspecting people stumble upon these objects and their powers? A watch, a choker, a camera, a pair of glasses, a door to a pocket universe? Press “Play” to join us for a 7 track tour of these magical artifacts destined to change their user’s lives.

This is a 7-Part Event and will be published daily from December 6th, 2021 to December 12. Here’s the schedule:

(All Chapters go live at 8 PM Eastern Standard Time (GMT-5)
Sunday, December 5
Rewind - by PunchlinePress - What would you do if you were offered a chance to go back and undo your life’s greatest mistake? Kieran finds out when he purchases a mysterious pocket-watch with the hope of bringing back a deceased friend.

Monday, December 6
One Way Out - by Emberend - Two best friends end up trapped together while hunting for treasure. With only one way out, how will they deal with the unexpected consequence and tension? There's only one way to know.

Tuesday, December 7
Darkroom - by tfes8 - MJ just joined the Photography Club but needs a camera. An old mysterious camera calls to him and takes the most gorgeous pictures - but there's a price! (CW: Horror, Identity Death)

Wednesday, December 8
The Spectacles - by Paradox - People who join the DIA swear an oath to defend the Constitution from all enemies, foreign and domestic. No matter who the enemy is, whether they are a terrorist organization or an individual who wields impossible power, they will see this duty through to the end, no matter the cost. When the world calls, they will answer.

Thursday, December 9
Confluence - by CasLon - A bad reaction to a mysterious artifact forces a homeless teenager to confront her inner turmoil.

Friday, December 10
Carol of the Bells - by Elite Shade - Come join a group of friends as they gather for their annual holiday tradition. There will be games, magic, fairies, bloodshed, carnage, and plenty of holiday cheer!

Saturday, December 11
In the Eye of the Beholder - by Cabbitgurl - A man down on his luck meets up with his best friend with a promise to turn his life around. Unfortunately mechanical aliens have other ideas. His only chance is a mysterious blue eye that will change his destiny forever. 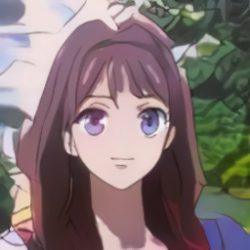 Frostwell Paranormalcy
By MajorKerina
It’s Halloween in Frostwell’s little corner of the Great Lakes and fresh mysteries abound. A young man helping out his grandparents soon finds himself suddenly sharing the life of his cousin, Lacy. These and other strange events in tow

Blood Lily
By Emberend
I was devoid of life and happiness, of family and friendship. I never lost them, I just never had them. I didn’t see a point to it all, that is, until I wished upon a falling star on an ever so ominous night. I don’t know if it was coi

Alexithymia
By Trashlyn
Alex’s memories only go as far back as early high school and he has always felt disconnected, out of place with the world at large and emotionally dead. Unable to interact socially or form meaningful connections, Alex has struggled to really

Gift of the Unicorn
By QuillRabbit
Randel comes across an injured unicorn while hunting and gives the creature first aid, unintentionally spilling its blood all over himself. Returning to his village, he is overcome by a sudden terrible illness and wakes up having been transformed
Action Required