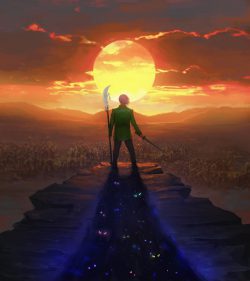 A cultivator is someone who can channel the natural energy through their body, strengthening their own body or performing almost magical feats. At birth, everyone manifests an inborn spell, a power belonging solely to them.

Yao Jun was born in a branch of the Yao clan, his inborn spell is considered a useless spell, a spell with no effect. Despite his useless spell, Yao Jun is steadfast and determined to cultivate, spending each day training his body to the limit.

All he wanted was to be allowed to live his life as he wanted, but fate makes a fool out of everyone, and his life would end up becoming so much more than he ever expected, taking him to the dark side of the world and beyond. When the Demon's Gate opens, what will it bring to the world?

(Quick note, you'll see that the writing style changes a bit into the story. That's because this is one of my earliest stories and I was thus not quite certain exactly what writing style was best when I first started to write it.)

The Demon's Gate. is less a novel than a bedtime story. It's a bunch of ideas strung up in a row, rather than a plot in a developed world.

What's good: the author knows how to write sentences, and is fascinated by fantasy.

What needs work: Worldbuilding, plot, pacing, depth, characters, being interesting. The story here wasn't planned. You don't have a chance to explore any place or character before they're abandoned for the next idea. We get suggestions of what could be, but no exploration of what is. It's a hodgepodge of non-believable characters following social and cultivation rules that make no sense, and you skim from one empty setting to another every chapter or two.

I love the genre, but this story is shallow and uninteresting. 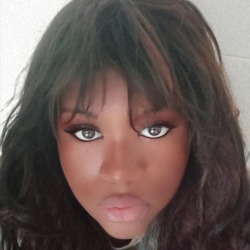 This is easily one of my favorite light novels, although whatever issue there is clearly deserves more views, and readers.

Nothing new, and mediocre if not terrible excution. Forced and questionable story telling and setting. Unnatural dialogue between character. Other than good grammar and word choice there is nothing to praise about this novel.

Monarch of Heaven’s Wrath
By ShiranuiShukumei
Liang Chen was a normal youth, one could easily find countless others like him in the Qing clan. He thought that his normal and unremarkable existence would continue for the rest of his life, a thought that was shattered when he was 12. His parent
Action Required