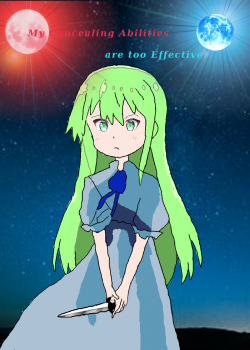 I reincarnated in a game like world with sword and magic where levels exist.
My gamer’s instincts tell me to level up, but there is one problem.
Those monsters are way too scary. On top of that, I only have one life!
There is no choice! I have to hide.

This is the story of Luxe’s journey to find happiness.

It is my first time writing a story. Since I am still inexperienced, all kinds of remarks and critics are welcome (and of course compliments and such as well). I will try to improve my writing. 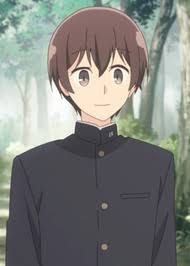 Love this series, keep up the good work. I personaly like the first person pov

Let it be known, this story is told in First Person Perspective and Present Tense. It's a fairly good story, but personally, I can't read in FPP and Present Tense, it just feels wrong to me. FPP because it reads like a diary but in story format, and Present Tense because come on, the story is set in stone by the time you read it, it happened, it's not happening right at this moment. You could argue since it's in FPP and Present Tense that it's being viewed from the person who was telling the story, but they wouldn't tell it in Present tense, they would tell it in past tense. Most stories should be done in past tense if only because what happens in stories is something that is already set in stone unless the story is unfolding in the present, in which case that kind of story is usually being created with some kind of interactive medium for the reader to change how things happen.

Sorry, this is a personal gripe as far as writing goes. Some stories can get away with it if they really try to make the story good, but most of the time FPP Present Tense is just irritating to me. FPP not always, but Present Tense is always a bad thing for stories without interactive mediums. 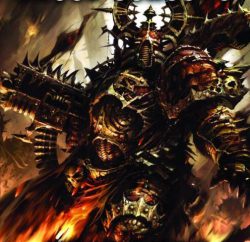 This story starts out, not from the prespective our protagonist, but what I believe will be our protagonist long time friend. How they meet, how they get along with each other, the love they share from each other's company. Meanwhile, with this friendship, we get to see how insecure MC is in this world- with the things she does herself and how others act around her. As of now, she seems like a character who is gonna have such an interesting arch. I mean, the fact that she is seeking out a way to make herself better

in the fighter human living in the beastman world

[collapse]
is enough to make me excited. I wanna know what happens next so bad! And that's the thing with stories that are published by the chapter- they need to draw you in and keep you coming back to check for updates.

I love the five tribes, the races that surround them, and the apprehension between monsters, humans, and beastman (and I'm pretty sure demon too though I can't remember). I can see a war being played out behind the scenes where our protagonist is not.

The scene with the black bears really hit that point home as of now!

[collapse]
I also like how this isn't just humans vs monsters as it commonly is. You don't notice the good until you've experienced the bad, but I don't think you need to have read a crappy reincarnation novel into a villianess to understand this story is a gem.

There is some comedy is scenes from other characters, with make our protagonist easier to see then a black and white killer (not to mention the inner narration where she tries to parse out reasons for the things she does). I mean, it really seems like I'm seeing a character here. Someone who loathes themselves and is trying to get better.

That is made clear in the flash backs in her memories, her isolationism, her onguard nature in a place where she is truly welcome. Our protagonist doesn't feel as if she deserves it, even though we can see it. Take her light magic for example, this is the readers wakeup call. It knocks us on the head saying 'don't just look at her like a murder' because she isn't. She's a jaded 25 10 year old girl who is a world that she can't really take as hr own. She grew up in a safe place, in our world, so it'd make sense that between the too exetremes she handles this world in a much different way. It's either being cruel to live another day or being softhearted to die within the hour.

(Also, author-sama, one of the only reasons I held off reading your novel is because of the cover. I think you could get one that catches the eye, whether by commission or by putting out a little bit of a contest for your  readers *wink wink*!)