An American IT with a passion for magic and fantasy died on his 39th birthday as a virgin due to a stab to the gut while protecting a coworker of his. He might as well died a 'Wizard' that needed one more year to become a 'Sage.'

Then, like in recent isekais, he was reincarnated in a new world as Soar Osmis with memories of his past life intact. This new magical world of Manara is where everyone has a chance to become an aspiring Magician, be blessed with powers by forming contracts with fairies as Chaperone and Companion, and special abilities called 'gifts,' and it just so happened that Soar was given the 'Wizard' gift at birth.

Thus, began the mostly slice-of-life harem isekai story of a man reincarnated in a world centering around the very thing he loved: magic, as he trained and used the knowledge from his past life to carve a path to a new one on his own terms while growing as a 'Great Sage.'

Some RPG game mechanics applied with a growing OP MC with humans and demi-humans as love interests. Profanity and little gory violence is included, characters in explicit sex scenes are at and above the legal age (MC won't have such scenes until his new body is around that age). Some scenes include yuri (F X F).

This story is also published on webnovel.com and royalroad.com

Typical reincarnation story, with mediocre story writing and annoying unrealistic characters not to mention the long-winded dialogues that just make it a chore to read. The magic system and the fairy part is the only reason this doesn't get a 1 star.

I liked a lot this story. There are very few novels with fairies and even fewer where they are perv fairies... I like that MC interacts with others and his fairies. It also is shown that while he has not realized, his physical body affected his mind making him more childish in some aspects... cannot wait what kinky se* stuff he does with the fairies and his 2 familiars... the rabbit and frustrated dark elf can't wait for xd......... 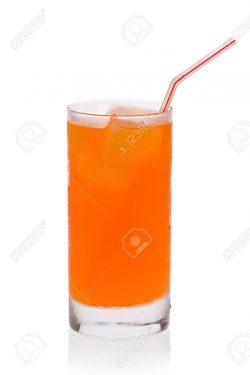 Trouble at Helsing Academy
By Angelwolf
After Losing her parents, Michala Helsing goes to live with her Aunt Brenda, who is the headmistress of a strange school. Not only does she learn the mystery of the school that many people are suspicious of, but she must also deal with a secret th

Soul Evolution System
By Drack21
Reborn as Alexander Ilios Apeiro in another world “Gaia” by an unknown entity will have to embark on an adventure to develop in this new world and have a place to belong. He will have as support a system that will allow to trave
Action Required