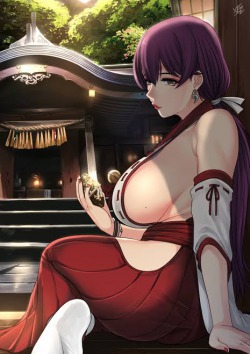 Our protagonist gets transmigrated to a free-use world where sex can be bartered for. It's a world with all kinds of magical beings, from angels to demons and everything in between. Protagonist will have to work hard to keep his little life, when he finds himself in the middle of a battle among the forces of good and evil.

All types of kinks will be explored in this story, so you have been warned.

Also, it is NOT a vanilla story. There will be no cheating involved but, some of the chapters can be rather intense.

*It can be a hard read till 100 chapters but it's quality will improve afterwards, along with some actual development of the plot.*

You can connect to my discord server with below link. https://discord.gg/jQKMScXuZD

Please consider supporting me on the Patreon if you liked the story. All patrons will have an early access to the unreleased chapters.
https://www.patreon.com/slayer104
Support on PayPal if you want to fund the character arts.
https://www.paypal.me/rootSlayer
Thanks,
Slayer104

Disclaimer: I don't own the rights of the cover image. If you are the owner, let me know and I will take it down.

There's also a time when author open a vote about "should MC shared 1 of his women?" and the result is a very clear "NO" but then he starting to complain about it in the comment section and he said he'll do what reader want "but with a twist".

the author keeps asking for opinions on things and proceeds to f**k you over so might as well disregard his *NOTES* that this isn't really NTR, while its true that that the s*x worker part is not really NTR the Mother getting a BOYTOY later on and the MC still refusing to tell the mother to stop being a s*x worker because he has more than enough money for them to stop with the extra cash (which is the only reason the author gives for the mother, cuz she continues to sell her body even when her husband disagrees) so if that is not NTR then might as well change the definition of NTR

Firstly, it's a novel not for anyone especially who doesn't like ntr and alike.

Even though the author keeps saying it's not ntr according to the concept of the world, actually it's. Changing the world settings doesn't change readers' point of view too. For example setting a rule that other than holding hands, nothing counts as a cheating so getting gang b*nged is not ntr.

That being said I'm leaving the decision to you if it's ntr or not.

World building isn't bad but needs some more effort. I think discovering the world would be better rather than focusing so much on the village, r*pe, and ntr. It seems author is taking his time about new adventures.

And lastly author loves to make it dark when it comes to the females who are miserable or in dire situations. They mostly end up getting r*ped. So don't wait a hero to show up and save them.

Interesting novel with good execution but it has one very big problem (two if you count grammar but I'm not a native speaker so I can't really judge on that topic).

Author is really REALLY into NTR stuff and trying to force every bit of it into the story. MC's mother got tossing around left and right and that may include his potential love interests too.

I get it. He stated cleary that this is how the society works in this world but those scenes are unnecessary and force. He said that she will "never cheat" but then start writing a full 3 chapters about her willingly getting **** by side characters.

There's also a time when author open a vote about "should MC shared 1 of his women?" and the result is a very clear "NO" but then he starting to complain about it in the comment section and he said he'll do what reader want "but with a twist".

Sorry but this is pretty terrible.  Names changing all over the place.  The characters feel very inhuman.  It is not just a different culture or anything it just feels damn bizarre.  It's hard to emphasize how very perverse and strange this is. 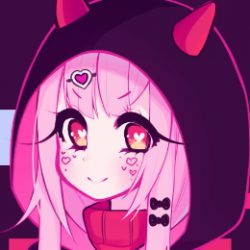 It is pure smut with a lot of kinky stuff with no apparent logic.

1) Well written with a simple concept

It gets kinda kinky sometimes

MC gets his foot licked and gets a rimjob

The NTR tag can be offputting but in the story s*x is just a commodity women use in exchange for items so there's no real betrayal involved (so far).

Also, MC has big plans to monopolise his women eventually, So it's not that bad.

Definitely one of the more better smut stories and authors logic works in a realistic  (dare I say) way.

Unlike the other novels where women just instantly fall in love with the MC which makes it so lazy, unsatisfying and boring, here the MC slowly lets them develop interest in the MC when they realize only he can give the women the kind of pleasure never before seen in this world.

the MC isn't taking his cultivation path seriously, even his sister surpassed him in just a week of cultivation while he took months to reach his worthless level. He's still playing around with women while some of his loved ones are facing danger (the milk granny for example). All in all the MC is just a weakling who likes being cucked. I don't know where the author is going with this.

Exceptional story, even though I hate him sharing his women, it was done in such a way you wont feel bad. Everything has some reasoning behind it.

Thanks Author so such a great story 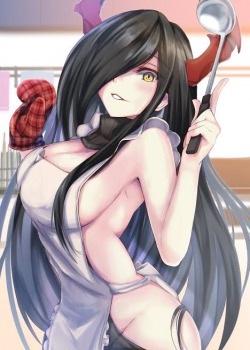 I’ve Reincarnated As A Dragon With A System
By deadlyshadow
After an otaku dies, he reincarnates into a world with medieval-type cultivation. Join his adventures. Witness his rise to the top of the breeding world as he recruits women into his harem. And wait a minute, he’s a DRAGON.
Action Required