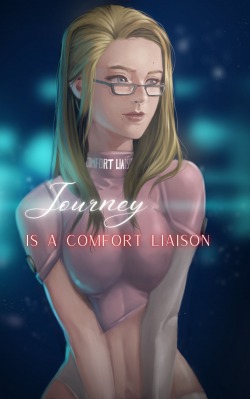 In this sci-fi adventure, Journey Chase needs to get to the distant colony world of Sinmore in search of her mercenary brother. After months of traveling, from one outpost to the next, she finds herself penniless and desperate to join the crew of the 'Star Of Argon'.

Becoming a Comfort Liaison wasn't her first choice...or second...or third for that matter, but not seeing another way, she decides that nothing will stop her from reaching Sinmore. Just as she gets settled in, however, she spends the first six months of the voyage in cryo-sleep. Upon awakening, she's shocked to discover that, somehow, she's become a futanari! Not sure how it happened, Journey must learn how to live with her newly grown appendage, while keeping her sanity intact.

As if that wasn't bad enough, the Star of Argon must navigate its way through dangerous space, and soon finds itself hunted by the most feared pirate in all of dark-space. Esta Stonewall, the Master of Fleshwrights!

This is also being entered for the Tempest contest,
Exploration of Space (Genre: Sci-fi) 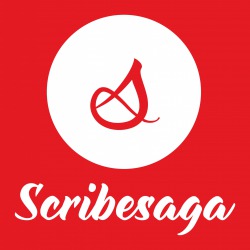 Milk In The Stardust
By scribesaga
The sequel to “Journey Is A Comfort Liaison” and “Son of Thrace”. Waking up with no memories, Skye Kimble struggles to piece together the myriad of flashes plaguing her mind. As she pulls herself free from the warm g

Inosculate
By SapphicSounds
When Serena, a Terran rebel pilot, discovers her girlfriend has been captured by the Affini Compact, she launches a bold rescue. It doesn’t go well. But are the affini as bad she thought? Or can Serena and her girlfriend find happiness together as
Action Required