Yasenia is a child born different from the rest, her mother, Tatyana, used an ancient technique she found to absorb the world's energy to get pregnant instead of normal intercourse. Her objective was to create a lover for herself since the endless years of solitude, and all the heartbreaks have made her heart be covered by eternal ice.
While pregnant, a strange soul seems to try to seize the body of her child to be reborn; a shame that Tatyana is someone not to be messed with.
In her rage, not only does she destroy the sense of self and memories leaving only a husk of the soul, but she also uses it as nourishment for Yasenia.
What Tatyana didn't know at that time was that this will change Yasenia in ways she never expected.

Now I like cultivation stories, ready many and I enjoyed most of them. Plenty were garbage but I still like them cause I guess I don't have taste? I just really enjoy reading. But this is has good. MC and main the cast are fun, the cultivation powers are neat and everything seems thought-out and structured.

Now this story does have smut. Personally I don't care for it? Wait not exactly correct ummm. How do I put this.. I don't hate smut at all, I really don't dislike most troops/tags/whatever really, its just if I'm reading a story I'm not looking for stories with it as the primary reason for me to read a story.

But I can see and understand that plenty don't like that sort of thing. However this story does have decent balance of it compared to others and it mostly only occurs when relevant enough. And sometimes it won't happen for large number of chapters cause it is isn't the time for it. But when it does occur it's well written I guess (like I said don't going out of my way looking for it, so don't have much to compare it too).

What else to say... hmm, the story is weirdly wholesome, each of the main cast has their own unique power set (which is good for cultivation story to have each character to have a moment to shine)

Overall I enjoy the story, good action, characters and plotline so far. 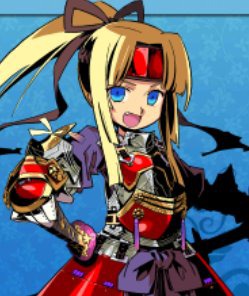 I make it short.

1) Wholesome 2) Anti-routine xianxia 3) Wholesome s*xy scenes YURI / FUTA (really really really rare) 4) High-quality writing (If you want to recognize that in novels, it is usually from details, even the smallest ones) 5) Likeable EQ IQ characters 6) JP vibe (For info, works that fusion jp+chinese vibe are often good. Which is why some CNs that have a comedy kinda like Kazuma are high ranking. And why some jp works are better by having more description like a CN) 7) A good work is a work where you want to kidnap the author to write all the time

This is rather... I don't quite want to call it wholesome because it's still very much smut, but it's quite comfortin to read. The main character has what I'd consider "the right" personality for a story like this and it seems like the author is committed to keeping the harem centred around a solid core of 5 girls. Each of them are lovely in their own way. I don't want to go into too much detail but they all have something that really draws you to them. I'm not even sure I could pick a best girl (that's somewhat a lie, I can, it's Cecille but I'm a sucker for her tropes and Angel is a close second).

The grammar is passable. It's something you can read certainly, but it isn't smooth. It's mostly minor grammar mistakes that inturrupt the flow of the story a bit but nothing so bad I was forced to stop reading. The cultivation is also pretty standard. I wouldn't call it "bad" per say but you've seen it a thousand times already.

It's fun, it's well written, it has great world building, it has great s*x scenes🤭, and Bob is doing a terrible job fixing the fourth wall. What's not to like right? Right, stop reading this and go read...

I like authors openminded s*x scenes. Many people have different preferences I my self hate yaoi/bl. So I think author should write story in her usual writing style.i love about limited Harem members in some books it hard to even remember girls names. Good luck with story author hope you would not drop this and write more more chapters 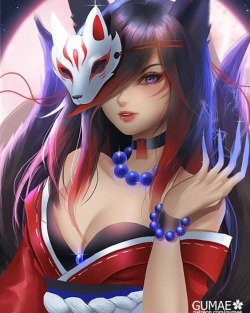 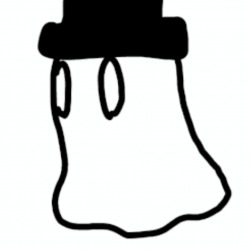 So, this is a cultivation story, a genre that I normally tend to actively avoid, since I simply don't enjoy it. From the cultivation stories I've read before, it always seemed like a cliche-ridden genre, and said cliches weren't the type I enjoyed. Now having read 225 chapters of this story in no more than a week, I feel like I might've been a bit premature in my judgement of the genre.

As someone who never reads cultivation stories, I can't judge how good a cultivation story Heaven, Earth, Me is. With no frame of reference, doing that would be kind of meaningless. So I'll just judge it as I would any other story.

So, let's just talk about my favourite part of this story; the characters. As is typical with harem stories, every character fills somewhat of a niche. There's the cute little sister type, the kuudere, the reliable older sister type, etcetera. The usual, basically. This story, however, doesn't just make these characters flat and 2D and call it a day. No, it has these harem members be more fleshed out than many other harem stories I've seen. These characters aren't given their traits just for the sake of it, but have these traits because of their past, because of things they've experienced. They're no cardboard cutouts, they're actual characters.

And these characters aren't static. If there's one thing I like most about this story, it's the character development. Each character has their own problems, and the story doesn't just solve these in a single chapter. Our protagonist is a beacon of confidence, but never overconfidence, and she tackles the problems of the characters around her with care, not haste. It's a joy to watch these problems get solved step by step, and see the characters grow because of it. And as a bonus, the experience tends to be very wholesome.

Now, of course, this story is smut. Very much so. And my biggest gripe with the story comes from there. The smut itself is written well, and is enjoyable enough to read, but there's a lot of it. I, at least, sometimes decided to just skim over an R-18 rated chapter because I just wanted to continue on with the story. My problem here lies in the fact that some of that character development I praised happens in these chapters. Some major character development, too, at times. Of course, this story has the Smut tag, so I shouldn't really be complaining about there being a lot of it, but it did take a bit of my enjoyment out of it at times when I realized I had missed some developments in the chapter I just skimmed over.

The grammar is top notch, so I have little to say about that. As a newbie to the genre, all the cultivation mumbo jumbo can be a bit overwhelming at times, and somewhat confusing, but context was usually enough to get an understanding. And in cases where that was not the case, it was usually not a big problem.

All in all, one of the better harem stories I've read, one with very enjoyable and dynamic characters, well-written smut and great grammar. I can't say too much about the world building, since it's very much a cultivation world. There is a lot of smut, but that shouldn't be a big problem if you go in expecting it. It has also somehow managed to change my opinions on the cultivation genre. I'd give this 4.5 stars, but since that isn't a thing, I'll be rounding it down for now. Keep up the great work, author 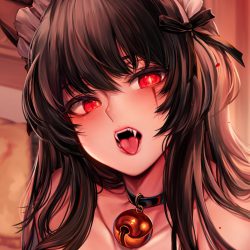 Author does not skimp on other body parts of futanari during lemon scenes, MC is not cringy and dense like many others and by authors word harem wont be catch them all but with limit of 5 you can find it on Webnovel by same name Me and my Goddess
By DrMiia
I can’t believe I’ve finally found them. I can’t wait to completely turn both our lives around. — One day some kind of portal suddenly appeared in my room and it changed everything. I’ve met

Redo of a Romanceless Author’s Life Devoid of Love; Another Chance at Youth
By KiraMinoru
A listless man devoid of emotion, assassinated in his first life for reasons unknown to him, finds himself back in his first year of high school only to encounter a girl whose sweet whispers in his ear resembles the voice he heard on the verge of

The Fae Queen’s Pet
By AutumnWolff
Sierra Chelsi is alone in the world, on the run for a murder she freely admits to. And no matter how badly her abusive father deserved what he got, the local sheriff is determined to make her pay. As deputies close in, Sierra flees into an

With a Bunny in the Multiverse
By Addyctive
A guy wakes up in a new world with a gamer system to support him through his journey to find meaning and some kind of purpose in life. The gamer system has limitless potential for growth but as it turns out things are not so simple…

Supreme Dual Cultivation System
By Fabiosss
Yen chen reincarnated in a world of Cultivation after the yours mysterious death, in this cruel world where people die every day can Yen chen survive to return to his family on earth?,Come and adventure with Yen chen and her harem per this world
Action Required