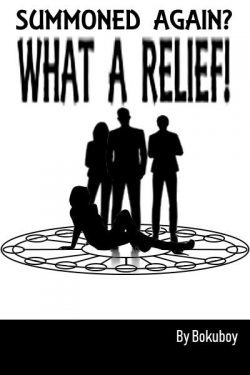 Have you ever wondered what happened to people after they were summoned and sent back? No one ever tells those stories. Until now. Of course, just as the banished hero gets settled back into a normal life back home, guess what? He gets summoned again!
Follow the adventures of Damon as he struggles to find his place in the world... worlds? Universe? Multi-verse?
Published Daily.
Cover was composed from free silhouette images on the net. Circle drawn by hand. Text: free lettering.

The main character is trash, genuine trash. He does not seems to care about any of his actions. Some might say that 5 chapter in is too early to judge but why would I suffer through more of this when it's obvious the character will not change. After all there is a flashback and he is as scummy then than he is now.

(-3 stars) To be honest, the MC's personality is a big demerit for this story. He essentially just needs to walk near an attractive woman, and they will try to have s*x with him. Like how was completely random s*x with 0 buildup supposed to be interesting? He almost has s*x with his sister, all her friends, some random lady at the hardware store, his real estate agent, and almost gets himself killed by screwing some weird witch lady. I could kinda accept it in the fantasy setting because he was leaving the planet, and was maybe going to get screwed by the god so it was a "might as well" kinda thing. But man they just went on about how this one girl was missing out on soooooo much by not really loving the MC, which she had known for like a month. What's really annoying about the relationships is they just appear out of nowhere and are supposed to be significant or something. Like some novels just have s*x as a wish-fulfillment, others make it an important part of the story with a full relationship and buildup, but this one just makes it happen randomly and acts like that's not going to be annoying as hell.

(-1 star) So another very annoying power the MC has is essentially a super Deus ex Machina vision, so he always knows what to do to get his desired outcome. So goodbye any tension to the story, not that there was much in a construction worker slice of life.

(+2 stars) The fantasy stuff was pretty good and it got me excited for the rest, only to find out I was reading the slice of life of a construction worker. (-2 stars) And that was f**king boring. At some point, I think someone mentioned how he could have a cool job smuggling stuff with his inventory, but apparently he would rather lift things all day. Like apparently nothing he did in the other world could be of any use to him in this one. Like with his Deus Ex Machina vision and unlimited gold, why the hell didn't he take it to the black market or something. He can literally see the f**king future, but was too afraid to take the risk???? Stocks???? Venture capital investing??? Just so many missed opportunities.

A review said you should skip to chapter 30, which I will probably do after this. This return to home arc really ruined this story for me. 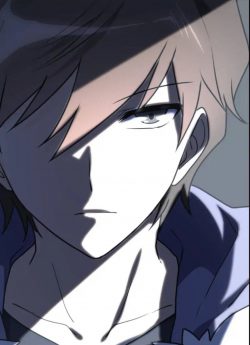 Edit: Even after 120 chapters am I able to get excited about upcoming confrontations, family drama and business endeavours.

With the 11th chapter just out it is time to review this.

From an author who has established that he can write fantasy and urban (technology/romance) comes a new work focusing on the troubles and opportunities the MC has to shoulder. Connecting to his now estranged family and preparing for another unfortunate "kidnapping" are some of the themes which were touched upon and will probably become more prevalent in the future.

Grammar and reader-interaction is top notch.

World and characters are nicely done with a surprising depth.

Mostly dialogue and drama. Focus is on relationships and s*x.

I waisted hours reading and hoping the action was comming. It never did.

This is purely a self-fulfilling fantasy. If you are into that go ahead, just expect little to no tension and a lot of boasting and sleeping around with no real emotion or plot. I sadly am leaving this pretty earl into the story but there are so many things I find immersion-breaking or unrealistic of the characters to do in this that I can not continue. 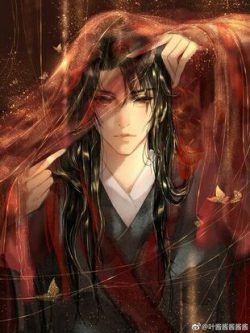 I'll just trust the other reviews about this being new and the pacing of the story as not boring.
Since I'm an idiot, I'll give this 5 stars, and if this review is still unchanged in the next 5 hours or so, then that means this creation is worth 5 stars (At least for me)

"Tchh, some dumbass posting dumb reviews without even reading it first"

Reading some of the other reviews make me think nobody reads the synopsis. This novel focuses on what happens after a man has been summoned, done his mission as a hero and has to find his place in society whilst the threat of being summoned again is always looming over his head.

The author knows how to write and that's a big plus in general, good grammar, regular updates.

If your going to read this, done judge it until after his 2nd summoning. That's when things kick off...

I started to read this for two reasons- 18+ content and portal fantasy and thing is as close as it gets to perfection.

The more I read, higher the importance of plot has become to the point where now I wait for a new chapter, checking in almost everyday but it's been months since the last update but I still have hope as the others works of the author are still contiuning.

I understand the negative reviews but it's preferance I guess. Writing this so that maybe the author can at least end it as it is with a closing chapter or two? Or contiure writing, I can only hope.

I have known Bokuboy fanfiction since about 3 years ago. While the girls in Bokuboy novels do fall in love very fast with MC, its not without MC havent done anything since even in the real world, if it appears a person who is for example, rich, very handsome, funny to talk to, smart and strong... Well the amount of girls that would want him will be dozens if not more.

Dungeon Tale
By SilentTreatment
A young man dies, a new core arises. Kyle Branson after a long night of drinking his sorrows away, wakes up in a strange place instead of his bedroom. In a strange body that is not human he tries to make sense of his existence, but also en

Paths of the Chosen
By Zurai
Daniel Stewart was chosen to alpha test a brand new Immersive VR game, “The Realms”. What he doesn’t know is that he has also been Chosen by one of the Powers of a far-off world, and is now a pawn in a game much bigger than any h

The Familia Head was Reborn as a Wolf in Another World
By Donitol
A leader of an allegedly organized crime syndicate called “Famila” died in a mysterious way, when he woke up, he found himself inside the body of a wolf. Suddenly finding himself alone in a foreign world, the newly awakened wolf carrying the memor
Action Required