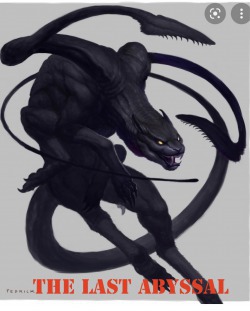 The Abyss, a never-ending realm of chaos and darkness, once invaded a young universe with its infinite army of insatiable abyssal, in the hope of destroying and devouring it as they did to many other realities.

Facing this new and powerful threat, the primordial gods of that universe along with the myriad races banded together to stop the abyss from devouring their home along with them.

Unable the prevent the purification and the collapse of his dimension by the primordial seed of light, the ruler of the abyss hacked a devious and diabolical plan. He collected the essence of every single remaining abyssal being including his own and created an egg of pure malice.

With the last remaining of his power, he opened a tiny crack connecting the abyss realm to the young universe and threw the egg inside along with the chilling message that reverberated throughout every plane, “I’ll be back to finish what I started.” before his dimension collapsed, killing everyone.

Now billion years have passed, and the primordial gods have long become myth and the thing of the past, new generations of gods have emerged one after another with each passing era.

The abyss and its terrifying hungry abyssal have long been forgotten until one day.

The cover isn’t mine , all the credit goes to this amazing artist who made it. If at some point the owner wants me to take it down, I’ll be glad to.

A great story for those who like cruel and inhuman characters 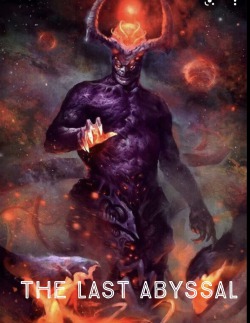