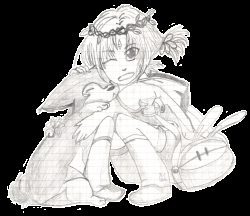 My name is Sam. Well, that was my name, at least.
One year after the release of the game Styx Worlds, an unexpected event occurred. Every player who played SW (Styx Worlds) since the release date received a gift with the newest update.

After I received the gift, everything went crazy. The next moment I woke up as my game character in the middle of an unknown forest. At first, I thought this was one of these stereotypical Isekai stories, but it was not! To my surprise, I was still on earth!

And now? Now, I need to live as a magical non-human being between humans and need to manage my "normal" everyday life between going to school, earning money, and killing monsters who are suddenly appearing on earth.

On top of all, my game character was a girl. I need to live as her now and need to manage my everyday life as a girl somehow!

For my dear readers, if you find a missing genre or tags, write it into the comments, and I will add them. 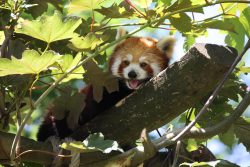 Forbidden Forge: Fourteen Moons
By TearCRF
A 28-year old forest ranger, having been working in his state’s national forest, begins to hear a mysterious voice. One day he, having been hearing the voice in his head for months, makes his way back home from work to discover something ami

In my defense, I did not choose reincarnation.
By Nilats
I died. Well, that happens at any time. We cannot choose the place or the time, but it will happen sooner or later. So when it happened to me, I accepted it calmly, hoping that my memories would be erased and my soul would start
Action Required