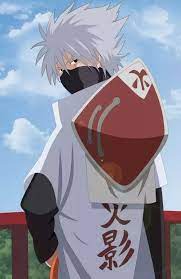 A soul from modern earth transmigrates into the Naruto world and integrates with Kakashi's soul after the kyuubi's attack. A new adventure begins...

Disclaimer: This is just a translated version of the Chinese Web Novel!
I am not the author of Kakashi The Strongest in Naruto World, I am just translating the story

you can read the original work here :

Support me at
https://www.patreon.com/IamPoorGuy
There are more than 100 advanced chapters there

Really, this is something that should be put on wordpress and posted on novelupdates. I feel the spirit of this site is author direct while novelupdates, the sister site, does translations of works. Doesn't help that the translator literally named himself iampoorfuy and begs for patreon while also posting this story on webnovel, yet can't even bother to read comments that mention the chapters are out of order or missing. This shows the translator doesn't give a crap and is only posting here to advertise his Patreon which is banned on webnovel -star

As for actual thoughts... It's decent, but very Chinese but with Chunni syndrome in thought. I don't like the thinking process of a 'good guy' mc's willingness to deal with the bad guy in Wuxia/xianxia.  Kakashi himself was a pretty boring and depressed character in Canon, so at least this version improves over time. But the amalgamation character does things like make deals with Orochimaru, who has tried killing Kakashi. So minus a star for character breaking morals in such a 'typical Chinese novel' fashion. Thus far, no harem so that's an added star by itself.

It's a very average wish fulfillment story this far but marred by mishandling of the translator. 1/5

PS: can't add star rating on mobile until after posting for some unknown reason.

5 stars for the story, but one fatal mistake it become less than 2 stars. The author pull a stupid plot device by making Kakashi did a idiotic decision by writing future knowledge of Naruto in a note, which then stolen by Orochimaru. Chaos ensued, and Oro become main lead.

Right, and on top of that Kakashi had great memory thanks to Sharingan, so why note? Unbelievable...

Welp. I usually don't write reviews but I gonna write it for this series. Because this one is a gem that shouldn't be missed for FF readers.

But first a little context to boost your impression of this "Fanfic".

A) It's from chinese author BUT ITS GOODB) Usually the chinese authors are near always writing a crappy fanfic. So don't expect to find any good naruto FF from a chinese author anytime soon unless you want to waste hours to try some and discovering they are trash because of the heavy "chinese vibe" they got, by that I mean, hyuubas fighting is chinese kungfu, chakra DIANTIAN, and other bullsh*t stuff. This FF is a clearstream FF of good qualitybecause of it's really good quality, originality, and decent research from it's author. Because some authors didn't even read the original material and got biased or terrible knowledge about it.

I will slightly spoil things to give you proof of it's good quality. But don't worry, I will try to not spoil too much or just give spoilers that are fine.

2) MC don't get a cheat but thx to knowledge of the plot AND the fact he transmigrated to when kyuubi was sealed = before NARUTO series truly began, means that MC got quite a big advantage.

2.5) MC in fact grow strong thx to him knwoing the knowledge of naruto-lore. That kakashi who is a mega-genius, missed the best period to train his body+chakra because he was depressed at the time (post-kyuubi-attack-and-sealed) AND that the sharingan continuously use chakra as Kakashi couldn't turn it off bc of not being a Uchiha, which is quite a MALUS to training despite being op weapon. So yeah, MC will use his brain and do stuff to train while also doing ninja missions.

3) The series is wholesome and not dark. MC will become friendly and be like a brother and teacher to the young naruto.

4) MC-Kakashi will not get a harem and marry a certain (unpopular) quite-pretty and strong female character THAT IS SINGLE IN NARUTO WORK. Meaning MC didn't steal the woman from any guy of the series nor stopped a guy from getting his wife. Because this female character is and WILL stay single if following naruto lore.

The story really is like a young boy's dream of his version of Naruto. The story feels forced and some characters are pushed to the side until the MC interacts with them.

Like in chapter 14, out of nowhere, Danzo orders his men to assassinate the Hokage coz of bozo reasons and woops, who does the Hokage appoints as the leader of his escort? Of course it's the 14 years old MC.

It is also wild that he didn't even tried to meet Naruto until after 3 years, which is 50 chapters later. Ofcourse he isn't going to meet the titular character of the series Naruto coz he needs to focus training. How convenient is it to ignore most plotholes until it is helpful for MC's powerup or reputation.

One must turn off the brains to enjoy this story. The grammar is all over the place, and it is ignoring major canon plots for the benefit of the MC.

I really want to enjoy reading this story till the end but it just frustrates me if I continued on.

I also like what the author did about Kakashis mum, and I'm glad he didn't make her an uzumaki, and just an orphan that lived in the village

Overall, the pacing is great in my opinion, it is neither too slow nor too fast and still makes the MC look like a genius compared to others around him.

I love this story!  it has just enough normal cannon events with a twist to make me want to read and reach those parts of the story, while also have more than enough original content to not just be a boring retelling of the story we all know.  It has enough basic info I think for even people who haven't seen Naruto to enjoy it!

A New Member
By VnYx
I’m just a normal person that wants to live happily, normaly and without any problem. But one day the world decided to give me some trouble, but my will never waver. I will go through all the difficulties… but, thats what I thought. I

A Perfect Cell Fan Reincarnates as a Cell Jr
By sir
He was busy making a picture of the moment Perfect Cell went a type of Grade 3, when an upcoming serial killer was born, targeting everyone inside the apartment complex, later, the Police would call the incident a bloodbath. After being st

Beast Lord in Demon slayer
By ASHARA
After dying at the hands of people he was supposed to be loved by our MC finds himself a chance to be reborn in the Demon Slayer world. Now he must try his best to enjoy his life, discover the secrets of the world, protect his friends and try his
Action Required