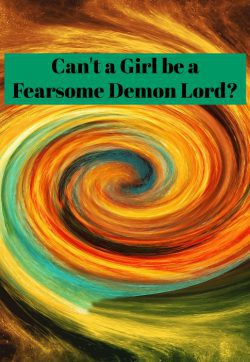 Thinking about all the female Demon Lords in her memory, Alex thought to herself.

Should a Demon Lord be a tiny loli?

Shoud a Demon Lord be the servant to some guy?

Should a Demon Lord simply be waifu material?

A Demon Lord is supposed to inspire fear and awe, not just pander to otaku!

Thus, having died and forcibly summoned to another world, Alex decided that she would become the ideal version of a demon lord that she envisioned in her mind.

This series started out great, with an interesting premise and characters. Unfortunately, as of the current chapter while writing this review, the author has largely shot the series in the foot. More on that later.

The main character of the story is Alex, who is also the 1st person narrator for most chapters. Hence, the reader gets insight into her thought process as well, which works to the stories advantage in the beginning, but also excerbates the "shot in the foot" problem in the later chapters at present.

She gets summoned into another world, with a principal motivation of becoming a fearsome demon lord. While she is aware that acting towards such an ambition will have her hunted down, etc.. She specifically notes that she wouldn't care if she is eliminated.

At the start of the story, Alexs' behavior and mentality reflects this rather grand goal rather well, calmly deciding the best course of action upon being summoned, in order to survive.

Her "demon lordish" aspects also grow quickly in this beginning stage, exhibiting a speedy acclimation to the new setting, and not being afraid of committing relatively extreme actions like murder to her own ends.

Overall, with her initial setting, she is an interesting character, and one you could actually root for as an antihero or an evil protagonist. For the first part, where these points still hold, the series is a 4.5 to 5.0 out of 5.0 points.

Now, as of the current chapter, the author has made several mistakes all at once in a big pileup, and it is threatening to tear down the story entirely.

The mistakes may be summed up as follows:

This is always a risky move for even more experienced writers of fantasy stories. There is a reason why such characters, if they are introduce early on at all, are usually in positions where they cannot interfere with the plot, and the MCs actions directly. If they can interfere, then there is nothing a still-weak MC can reasonably do, especially in an evil MC setting, without extensive and painfully obvious deus ex machina. This leads directly into the authors second mistake:

2.  The MC directly catches the attention of one such top tier character.

This naturally has exactly the consequence one would expect: The MC immediately looses all agency as a character in the plot, and might as well be a side character at this point. There is nothing she can reasonably do against an opponent, and hence can only really do as directed by the afforementioned top-tier character.

3.  After getting caught by this top-tier character, Alexs initially portrayed personality is lost.

In these chapters, her behavior and thoughts strike a strark contrast to the initially portrayed mindset she was supposed to have. She becomes indecisive in situations, confused, and strictly, behaves like an idiot compared with the clever and cautious nature she initially displayed.

Finally, while this is speculation on my part, the third point has brought up an undesirable possible fourth point:

In the beginning, Alex is being influenced mentally by an unknown third party. Her personality decay started shortly after she deviced countermeasures to this influence. Which could mean that the interesting initial personality of Alex could have been intended by the author as a false, "influenced" personality, and the change is just her actual personality resurfacing.

Which would only do the story a disservice, as the new personality clashes strongly with the MCs principal motivation, and would likely just decline the story further.

After the occurrence of mistake 2 and 3, the level and interest of the story has sharply declined, landing in the 2.0 to 2.5 star territory.

For now, I will give this story three stars, for the interesting premise and well written beginning, as well as for the fact that the decline in the story is at the present point not beyond fixing. As I really enjoyed the first part, I hope the story can recover, as I would very much like to read the continuation if the level the story had in the beginning is maintained. 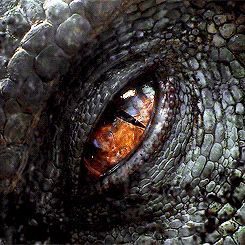 As of chapter 25: The Sworn Blades Pt.2 I'm very interested in this story, especially after constantly reading stories where the Female Lead/MC will constantly depend on someone else. It should be obvious from the Synopsis and early chapters that the MC is a 'my pace, my rules' kind of person.

If you hate novels where the MC meets her Gary Stu, this is for you.

If you hate novels where the female is there purely to be a partner for a male, this is for you.

If you're looking for a MC that loves FromSoft's games, then this Demon Lord in the making delivers.

Started out amazing. Loved the premise. Characters feel important. But can be a cause of frustration. I stopped reading for now in hopes it'll get better in further chapters.

1. Over-explain - author likes to explain every single thing. It's good for world building and rationalization to a certain extent, but he/she takes it too far. I feel as if I'm being spoon fed everything without being able to think of a conclusion/reason on my own, even when it's obvious (cause the author explains that too)

2. Conflict resolution - another thing the author likes to do is moving on to another conflict before resolving the one before. It's very frustrating because the story would lose its momentum, and us, the readers, will easily get bored of reading the change in POV + recap parts because we just want to see the previous conflict resolution

Other than that, good work. Love the premise and everything. Can't wait for more :)

Promises you of an original, out of the norm, female MC that will be smart, sharp and 'badass' and does just as promised.

A few chapters later this completely drops off as the MC trails back to one of the common stereotypes of female MC, the dumb stupid one that does nothing rationale or smart and even becomes passive instead of being the protagonist (aka the driving character of the story)

I wanted to finally read this novel were the MC is :

This novel appeared it would have all those to me, and it did, but just for a few chapters and then everything went South... (I mean, ok MC is still a high school girl so she can make mistakes, so then don't emphasis that she is smart and out of 5he cliche norm and just state that from the beginning.)

All in all, 2/5. I know this is on Hiatus but I hope it gets rewritten, thanks.

-too much pov chapters. I can says that about half of contents are boring generic NPCs talk about generic fantasy sh*t.

-too many characters with complex relationship. God's blessed those who read chapter per week when this novel still active.

-the world building itself is not really that good, author doesn't put much into it from what I induced from novel itself and aurhor's comments

she is unlikeble. Both her inner thoughts and her action doesn't have good charisma in them. Her personality is no different than generic k-novel fodder mid-boss.

she like to act smart and but her actions implies otherwise. Author should ditch whole isekai things. That resist influence subplot is a mess in itself. Why did you write her as "somewhat goody modern person" if you're going to throw that always without proper satisfactory reason?

Great premise and starts strong but rapidly degenerates into a mix of bleak murder fantasies and chapter after chapter of people you don't know or care about. There's a plot reason for everything that happens to the main character to be contrived and forced, and boy is it.

I absolutely love the idea of this book! Right at the beginning casual death and just popped into the wild new world. Nice. Love all the foreshadowing at the beginning. I also like the MC personality progression, from confident and cautious to timid and unsure of their actions back to confident and cautious, but now also more deliberate and thoughtful. I can hardly wait to read more and hope the author (cyanwaw I'm talking to you man) updates more and soon! ? 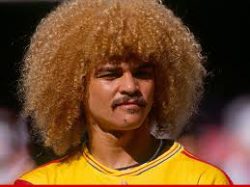 Transmigration to the Otherworldly Heavens
By Werelynx
Transmigration is really tough ordeal. You never know what is awaiting you on the other side of summoning circle. There is bound to be misunderstanding, confusion, perhaps a certain amount of violence. Isekai, or an Otherworld, can be full of dang

Micah Ever After
By Flashwolf96
Sawatari Mikasa was a normal high school girl. She was great at sports, had above-average grades, lots of friends, and a little brother that she loved more than anything in the world. To Mikasa, life couldn’t be more perfect. T

Undermind
By SealJohnson
Saskia thought her life was finally getting back on track after the accident. Then she got trolled. Now she’s up a tree the size of a planet, and all who meet her either run screaming or attack on sight. If everyone would just calm down and stop t

The Immortal General
By Prov
Short: A super-soldier from a futuristic world awakens as a boy in a fantasy world. Long: Field General Rove was declared a genius at war and has a perfect combat record. He is also the commander of the Te’Vau, a decorated regiment of

Okane o Subete Sekai e Chikara – Money is Power in any World
By keitaro-sempai
Makoto, an abnormally cunning and shrewd 25 years old businessman, its obsessed with True Life Online (TLO), an MMORPG he knew because of a mysterious advertising. As a player he took the merchant path, a low stats class, but with many qualities.
Action Required