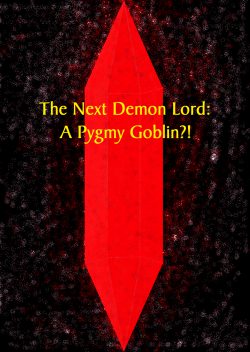 In the world of Alstaria, there or many factions and races. Wars are fought nearly every decade, some for survival, some for conquest, others for bloodshed.
But one war that happens every fifty years, is the war waged when a new Demon King is born.

Every fifty years, the races of the dark god pray towards their Shard of Evil, a remnant of the evil god, who was said to want to tear the world asunder.
These races pray towards this shard in hopes that it will bestow upon their race a champion, a leader for their people, to lead them towards their glory.

Five years before the new Demon King’s awakening, there was a prophecy. That this year was the ten-thousandth year of Demon King summoning.
And that this Demon King would be the Omega Demon King, the literal incarnation of the evil old god.

It was then, On the thousandth anniversary that I awoke on a stone pedestal, surrounded by goblins bowing before me chanting, “Praise our new Demon Lord!” EHH?!

While this story had me initially interested, in my opinion the emotional investment in the characters has not paid of. Maybe the resolution of relationships will at some point have a satisfactory result, but for now we have a protagonist that already has a boat load of emotional trouble, the pending romantic relationship is not being resolved in any way and another character is thrown in between there just to further the emotional anxiety.

The chapters are long and this already draws out for quite a few chapters (10+?) at this point, I am tired of it. In my opinion emotional anxiety especially caused around the MC is a tool used to build tension, not half your story.

Note: I have to rewrite this. It's too harsh atm.

Author deliberately pulls a reserve deus ex machina. There's not enough problems, so let's have the protagonist just pull one out of their arse.

You get abrupt chaos. And of the wreckage that is left, the only thought I have is "Why? There must have been something wrong with these people... Because if they really felt that THAT was the right move, then what does that mean?" There's just no way to comphrehend why someone would do that.

And yet, after volume one, I find myself staring at such a wreckage.

Now, you could say it's because of the characters. The characters acted like they would have, had they been real, and so this outcome was realistic and therefore good.

But such rationalizations boil down to "why must bad things happen to good folk" and one might be compelled to say "Because God has a plan/works in mysterious ways." Depending on your relationship with religion, that's either an acceptable answer or a ridiculous one.

Except in this case there is a god. More specifically, SOMEONE wrote this story. It didn't appear out of thin air.

I can't bring myself to care any longer about this novel. If I did, I'd just end up with depressed thoughts about cruel creators and fatalism and the like.

If you find yourself susceptible to "anti-fluff", then stay the hell away from this novel. It is spiky, and it will hurt you.

I'll rate this in a couple categories.

Story: The only potential problem is the lack of explanation on why MC was chosen. Granted that clearly is a long term mystery if acknowledged at all. So 5 stars since everything is consistent so far.

Style: Most of the chapters are from the main characters perspective with a little sprinkling of others, the king so far, to mix things up. Nothing particularly good or bad so I'll have to rate this at 4 stars.

Characters: So far decently well characterized, except the one that died. This chapter might be a little early to judge this, but, I have absolutely no confidence whatsoever that every story I read on this site will last long enough for this category to properly get judged. 5 stars at the moment. Mostly because you can clearly see the personalities of the important characters.

Grammar: This is the category that disappoints. Simply put there are A TON of small mistakes in these chapters. Things like forgetting a word causing the sentence to flow poorly, replacing a word with a similar sounding one like are instead of our, and a couple typos. Essentially this story just needs an editor. 3 stars due to all this.

The Vampire Empress
By Mihou
To think that I, someone who once was the proud heiress of the vampire clan, would be transported to another world to help humans prosper, what kind of ridiculous request is this…?! WHAT?! You are making me manage a cursed town?! AGAIN, WHAT

Giant Robot Reincarnation?!
By pynkbites
One day, I died. And when I awoke, I found myself transformed into a giant robot?! And I have to fight in a massive alien war, with the survival of humanity on the line?! WAAAAAHHHH! I NEVER ASKED FOR THIS! A-At least my pilo
Action Required