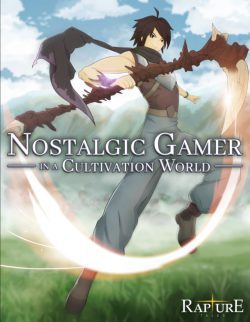 Dyne Valiant is a frustrated gamer.
But as one of the best special ops agents that the world has, his superiors and the government itself ensured that he won’t be able to play video games because of his addictive tendencies. And so he lived and fought without ever being able to play beyond the nostalgic PS-One games.
Fate was cruel as he finally meets his end after exacting revenge on those who killed his family. But on his dying moments, another dying man with strange magical powers appears.

But unlike Dyne, justice was not served for this man. He then offers Dyne a chance to satisfy the greatest regret of his life… To play the videogames he loved back when he was a kid. Using the enigmatic god-tiered artifact, the Imaginarium Bond, Dyne is revived and sent to the world of cultivators where he must reach for the peak and challenge the gods of that world.

And while the path of Immortality and a second life was a great gift, Dyne's joy was elsewhere.
Within the Imaginarium Bond were three worlds that the mysterious man created with the last of his powers. These worlds were based on three PS-One classic games and are designed to help Dyne in his Path of Cultivation.

Soon, Dyne will reach the Cultivation world and fight the wicked Kings, Saints, Devils, and Gods that now control it.

Soon, Dyne will awaken the Genesis Trees of Legaia.

Soon he will conquer the many nations with his Rune Knights in the continent of Forsena.

Soon he will be reborn as an Endless to battle gods and dragons and slay the founding Emperor of the Fou Empire.

Dyne was deprived of gaming all his life. But now his life depends on his gaming. Witness the tales of Dyne Valiant in his adventure as a Nostalgic Gamer in a Cultivation World.

(Support me on Patreon and read more chapters there! patreon.com/Rapture_Tales. I will also be posting this on Royalroad.com and Webnovel under the same username, Rapture_Tales)

Note: This isn't my first rodeo. I have over 330 chapters averaging 2.5k words on another story that is ongoing with a 3-4 chapter per week rate at Webnovel. This will probably have at least 900 chapters before it ends. And I'm being very conservative. As this story is at its early phase, please read and rate it as such. 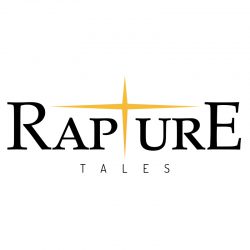 Battlefield Restart (Dropped)
By Love4NovelGuy
(Cover drawn by Darkstar Dust) After retiring from the battlefield, my life became empty and lifeless. The regrets of my past haunt me in my sleep. Then a change occurred, a King from another world summoned me to fight for his kingdom, but
Action Required