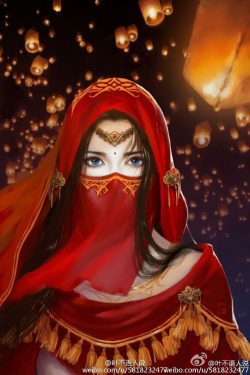 To show ‘Her’ gratitude, Nuwa devoted her whole life as she acted as the body-double of Princess Liena.

Whenever there’s a chance of assassination attempt, Nuwa would be there for taking over Liena’s role. Her existence known to a very few within the royal palace and Princess Liena was the only one called “Nuwa” by real name.

One day, Princess Liena promised Nuwa that she’d set “Nuwa” free from this dual life after she gets married.

But deity planned something else!

One week before the wedding, someone badly stabbed Liena that her lifespan was coming to an end. In deathbed, she asked for Nuwa’s forgiveness that she can’t set ‘Her’ free to make this kingdom peaceful. So, now Nuwa has to marry Qiu Kingdom’s god-of-massacre, Emperor Qiu Feng Mian!

But how could she suppose to marry this tyranny, slaughter who didn’t even spare his own family’s life to ensure the throne!!!

What will happen when he realizes that, she’s not the real princess but an imposter, ‘A Shadow’!

Can she really take Princess Liena’s burden of friendship by accepting him as her husband to fulfill her promise or will she escape?

What is her destiny!?!

I like how this novel is developing, the MC live in the streets is heartbreaking and evem if she is tought and can take care of herself, she is still a child who can cry and feel fear. The princess too is a gentle person, naive and weak but still can demostrated a strong will. The emperor and the Queen, seems like nice person but I want to know more about the prophecie that the emperor mention.

There is still no much hints about the misteries and what way will tske the novel.

I will give 5 stars because I like the plot and how the characters feels humans. I will not said anything about the writting because english is not my strong, but I can say that you can read and understand without feeking an headache. 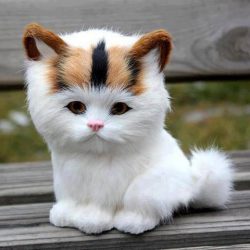 The CEO and His Little Bunny
By kira
Feng LiMei was sold to Kuang Fu’s Black Sky Organization when her father couldn’t pay his outstanding debt. She spent five years hating all of them, hiding behind an obedient facade, diligently following orders while learning how to be

Siblings By Day, Lovers By Night
By CupcakeNinja
When her mother goes on what may very well be a year-long, world-spanning trip with her new husband Eveline Foster is sent to live with her lust-inducing brother, Damien Gage Despite enjoying their long overdue reunion, however, she’s

My Sister The Villainess
By CupcakeNinja
Alright, so you’ve been reincarnated. Neat, right? You got a hot mom, a cute sister, and to top it all off you’re a handsome Noble with the stats to match. All’s good in the world. Then you discover this isn’t any normal is

Compelled Substitution (Complete)
By TLCsDestiny
At first, there was no choice for me but to take upon my mother’s status of ‘slave’. My life changed into that of neglect and abuse. Then, after a few years, I was then forced to take the ‘Mister’s’ place, to go and fight in the war…
Action Required