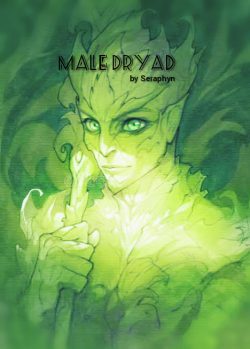 Alan Stephen was a normal man. One day he died, he and several other people. Everyone besides him reincarnated as humans... But he was lucky (or unlucky) to be reborn as a Dryad! A forest spirit that lives until his tree lives, so Alan can live for a long time...

[I don't own the image. I just found it on the internet and edited it.
Here's the link for the original: https://www.dreamstime.com/green-fantasy-portrait-illustration-dryad-character-big-glowing-ice-face-covered-leaves-plants-image143778834]

Really good isekai. I have a feeling this will be a classic, it offers new ideas while keeping the tried and tested parts of the genre.

Ps. There are not grindy or cringe chapters. It is pure distilled otherworldly goodness

its like someone read "Tree of Aeons" and was like oh you know what would make this story better? Adding every isekai cliche ever!

ok to be fair im not against copied ideas or cliches, but this story is so poorly written that the copied ideas and cliches make so I have nothing else to look forward too.

ok so the story starts with a 125 year timeskip that make him instantly a god. To clarify im not against OP but the MC doesnt deserve it. He has all the power and none of the wisdom gained from getting to that lvl and its a little frustrating. Did I also mention that he remembers none of that time even tho he has killed one of everything by this point. You might think we are getting a mystery of who and what could take the memory of a god tree, nope! The memory is stored somewhere where he has easy access to it and its causing absolutely no stress that he forgotten his entire life and doesn't suffer from imposter syndrome at all!

ugh this story has no direction. He even signs up to be an adventure instead of just revealing himself??? Than whats was the point of making him a god tree thing?! Why didn't the story just start him off as a rookie treefolk adventurer? 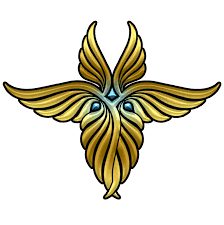 A Former Hero’s Journey : I just want to live peacefully!
By ArticHaze
She, a summoned hero from another world, fulfills her destiny and dies. Only to be reborn back in modern Japan along with her powers. Now she just wants to live peacefully…. So why is there a Summoning Circle in the classroom?

Scene Unlocker
By Spaizzer
A reincarnated prince with power of friendship straight out of a dating game, and he’ll use it to gather a harem and a band of brothers, to defeat the big bad guy that’s coming in three months! This is the adventure of Prince Ca
Action Required