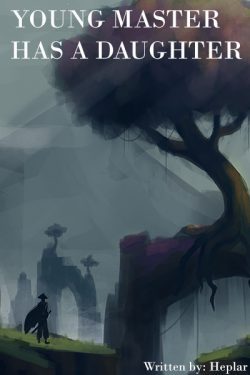 An arrogance that can anger both gods and devils alike? Check.

This young master has it all!

Yun Ling is a supreme genius born in a powerful clan in a massive empire. It is said that a genius of his caliber is only born once every ten thousand years. Aside from his exceptional talent, his father is none other than the clan master and the general of the empire which is why very few dared to offend him or challenge him.

Everything had always been smooth sailing for Yun Ling however, never did he expect that upon his return to the empire from his journey would he discover that he apparently has a daughter waiting for him at home.

I'll start off by saying it's an ok story... but

:*spoiler in paragraph 1* don't know how to make those spoiler buttons

I've been thinking this for a while but Yun Xia is a bit too flawed of a character, she felt sad when a dad she knew for some 2 weeks left but isn't for her mother? Before I could just put it off as the caretaker being her mother, can't really be sad since she's right there, but said caretaker just got a letter from Yun Xia's mom, a confirmation caretaker is only a caretaker.

Also Yun Xia doesn't really act like a kid, she acts more like a "perfect child simulation' game, she doesn't have any type of personality other than "adorable perfect daughter, " to tell the truth you could kill her off and none of the readers would really care, that matters because her existence is in the title.

Author, if you read this please just look at a kid around you, try remembering the best kid in school when you were younger than 10, they weren't like this kid, it's ok for Yun Xia to be a great kid but she's not passing off as a human at this point.

You might wonder why this matters in a fantasy novel but keep in mind, the more real something is the greater the effort needed to make it good or realistic.

An example would be how everyone is cultivating and flying around, whether the math behind these actions works is irrelevant since it's so far from anything real they could sh*t elephants and it would just be something to laugh at.

Having a kid is a real thing, everyone was once a kid so they have some knowledge of the topic, her situation is a lot more real than Chinese magic so needs to be treated accordingly, you could suddenly drop a plot twist that the kid is actually not a kid and is really robot/ clone/ shapeshifter/ spy/ magical treasue and I'd think the it makes a lot more sense.

Sorry for all the criticism, I could have just dropped this story without saying anything but I would actually like your story to improve, a lot of Chinese stories do what yours does with kids, I don't read them anymore, it's like who are they kidding

I think it is still a bit early for a review, but wanting to bring some light to this novel, I decided to write it anyway.

So, let's start with the overall feeling the story gave me. Based on the 17 chapters I have read, I would say that this story is comparable to a child who started cultivating at the age of 3 years. It has the same potential. There is certainly a good premise. For now, what we have is: a generous helping of geniuses for cultivation. Several pinches of arrogant young masters. A little sprinkle of court intrigue. A simple, generic, but our most beloved cruel cultivation world. AND among all this, the cherry on the top - the father-daughter relationship, which, seemingly only just started, but already brings some much needed sugar among all the salt and pepper, which all the cultivation stories like to rub on our eyes.

The world-building is somewhat lacking, but it is understandable as the story has only just started. Plus, I can see that author most likely wants to explore the world through the MC and add in details through his little daughter. One such example that comes to mind is when the little girl recites the names of various beasts that are most likely somewhat relevant in the story.

The style is semi-serious cultivation with a sprinkle of comedy as well as father-daughter fluff. (Which I actually hope to see more as the story progresses)

The characters have only been introduced, so we need to wait to see their motivations, but as I already said, they have potential.

The only complaint I have is that some chapters are a little bit short, but that is understandable, especially considering the very promising release speed of the chapters.

In conclusion, it is a bit early to judge the story based on the content we have, but the sprout is there and the only thing that needs to be done is to steadily water the little tree.

Ah! Right! Totally forgot. The grammar in the story is decent and personally I do not have complaints. It is not only readable, but also better than average. So, you can quell all the apprehension regarding that part.

Reincarnated As the Strongest Ancestor With a System
By Dark_Crow
Reincarnating into another world without having to start from the bottom was certainly a good thing. However, what if the first place you appear is inside a coffin? This is what Qin Yuan experienced. While he had boundless str

Lost Solace Online: a Demonic Requiem Of a Forgotten World
By Mr.Grey-Cat
Closing my eyes, I relax, feeling my weakening body, but… “I am exhausted” Guess I should end this quickly then. Thinking so, I open my eyes, and… “fuuu…” I exhale, calming myse

ONI RŌKURA: A Slice of Life Revenge Story with a Reincarnated OP Protagonist
By lambenttyto
A reincarnated oni girl goes on a blood-soaked revenge spree while her patron deity plots further assassinations that serve his own ends. While Rōkura searches for the people who murdered her, she must also learn how to live. -Daily big-chap

The Adventurous Gamer Ninja – Daichi Hekima
By MonkWithAen
The universe gave me another chance after life screwed me over. My second life brought me to a world where people breath fire, walk on water and some people with special eyes that give them bullsh#t powers. Well, I got the gamer ability. And I’m g
Action Required