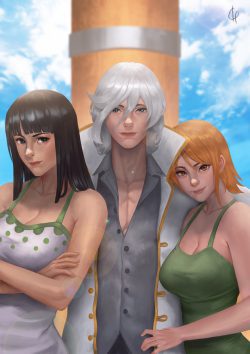 What would you do if you woke up in the world of One Piece with a powerful System? Live life to the fullest in a world where strength speaks! 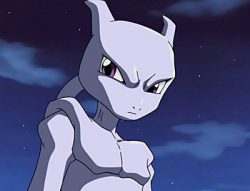 This is currently a story on Hiatus, but It's earned enough points its gotta get a good review/feedback!

Starting with a reincarnated/transmigrated MC "with only the memory of watching anime/manga" (expanded from just One Piece due to the inclusion of shinigami (Bleach)). I have to LOVE IT! this completely solves any and all character/personality arguments before they start because He's pretty much a blank slate adult with the knowledge of an alternative-timeline/future. mistakes? cruelty? naive? clueless? he's got amnesia! drop all culture/society expectations!

Starting out the story years before the original "One Piece storyline" is a bold and impressive move. If I'm remembering correctly, Luffy shouldn't start his adventure till X years later. and The one piece world is far enough split apart that make the butterfly/domino effects much easier as a writer to control. Recruiting MC's (Robin & Nami) and allowing "fate" to re-assign a different navigator to the straw-hat crew is much easier the earlier it's done, or just laugh as You see a small note in the 'news coo' about Admiral Garp's grandson dying at sea.

Gamer-type system giving access to both One Piece and Bleach abilities makes me wonder if it can also access others (purchase Ikaros!) or if the author mixed in several highschool dxd islands? Is the naruto-continent accessible as one-piece island / dimensional fog? teleport indestructible ship to X-anime world!  (surprise all abilities are modified in accordance to world balance/timeline) and the indestructible boat makes it interesting because he's always got his 'home/harem' tying him down.

have to be curious as to how the system is giving rewards for killing both marines and pirate+bounty's...  if/when He kills an admiral, how much bonus does he get for rank?

The "level/balance system" makes a very worrisome/dangerous challenge for writer's because of how easily an MC can overwhelm a world's balance/standard. Even hints at anti-deity combat (Yay!).

It is almost completely a One-piece & Generic content until ch.23, where the first content of Bleach (beyond the one sentence hinting shinigami awakening on ch.1) was accessed, there was apparently a lot of negative feedback due to a shortage of tagging on the fandom list, however I definitely support the author going with His original intent for the story, as it was intended that way from chapter 1, just because there were readers who put that clear foreshadow out of their minds, doesn't mean it didn't exist.

and a beautiful Ero-scene and surprise right before the hiatus giving the readers a cruel cliffhanger!     Best wishes to the author and prayers that His wonderful fanfics will continue!

Anno 223
By Raven_Aelwood
This is a tale. One of Life, Of Death, And of the unnatural disregard of the rules that govern both. This story arguably begins at this climax, just after the death and reincarnation of a random eccentric. In a turb

God of War in the cultivation world
By SolarisDagger
First of all, I just wanna warn you guys that English is not my first language… There will be some grammatical mistakes but just bear with it… Give the novel a try… ………………R

Immortal Killer
By Aladin666
What would happen when the most dangerous Mastermind criminal of Earth is transmigrated to a cultivation world?… The reason for his transmigration? The game called The Immortal Killer… How did he become the player of

Farmer: The first
By SilentTreatment
Jason was one day walking home from his work hoping for another uneventful day, but that was only wishful thinking. He saved someone, but because not all good deeds are rewarded he unexpectedly died. He didn’t go to the afterlife, but

One Piece: Lost Monarch
By God-Grid
After many trials, Jin-Woo has finally found some semblance of hope in the form of a system that helps him get stronger. Jin-woo tests his newfound resolve by challenging a dungeon. He clears it but finds himself in an unknown world. H
Action Required